The blue gene is an incomplete dominate modifier of black. One copy gives blue. Two gives splash. It's one of the easier genes to understand. I believe only silkies allow splash at shows, which I still maintain is stupid. Andalusian chickens first had the gene and it's sometimes still called andalusian blue. 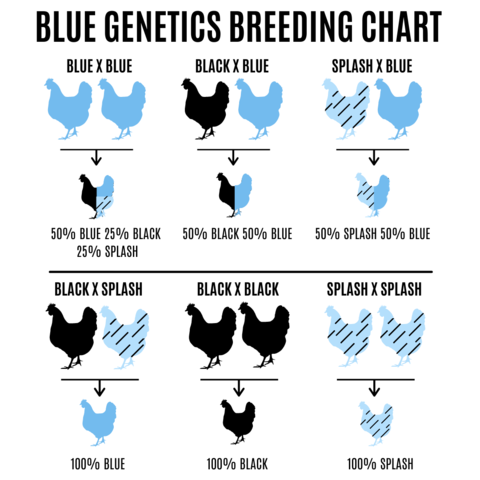 ETA: breeding splash to splash can result in birds that are too light with few markings on their feathers. It doesn't always effect the first breeding, but continuous breeding of only splash is detrimental.
Last edited: Oct 30, 2022

Not to steal your thread @tortoise but looking for your thoughts since you did alot of research....is this lady a blue then? Or is she grey (if that is even a color)

Grey does exist as a named color, at least in silkies. It's a silver, instead of gold, based partridge basically. 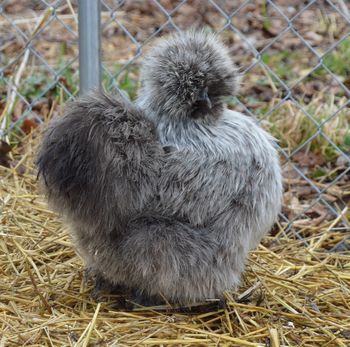 Grey does exist as a named color, at least in silkies. It's a silver, instead of gold, based partridge basically.

What a stunning bird!

I defer to @Hinotori all things chicken related! I'm just starting to learn about colors and breeding outcomes.

I'm relieved Hinotori said blue, because that was my guess!

tortoise said:
What a stunning bird!

Not my bird. I picked a good example off the search. All my birds are gold based. Which now my brain thinks I need to change and get the lavender gene into some grey silkies for a ghostly white with silver highlights. Bad brain, bad. Birds would probably just look dirty white.

I'm good with some colors and with silkies and ameraucana.

I've been learning a bit about paint color from someone on the byc silkie thread who does paints. I'm still a little confused on them. Crele and pyle genetics are beyond me still. Haven't understood how they work yet.

Feather genetics is best learned in bits for me. I pick up more over time.

I have raised blue, black, splash silkies in the past. Unfortunately someone decided to breed cuckoo into them. Splash cuckoo is a light colored splash with bad pigment holes. It took forever to figure out why the hen had mottled black and white skin. Then on breeding to a black rooster I got barred blue cockerels.

Cool thanks @Hinotori and @tortoise

Oh and on the blue gene. It's a modifier of black which means it works on wheaten and partridge on just the black parts.

Pullet on left is a blue partridge and the other two are normal, but the right one has the moorhead gene that gives a black head. I'd post new picture but it's raining out so I can't take any good ones. 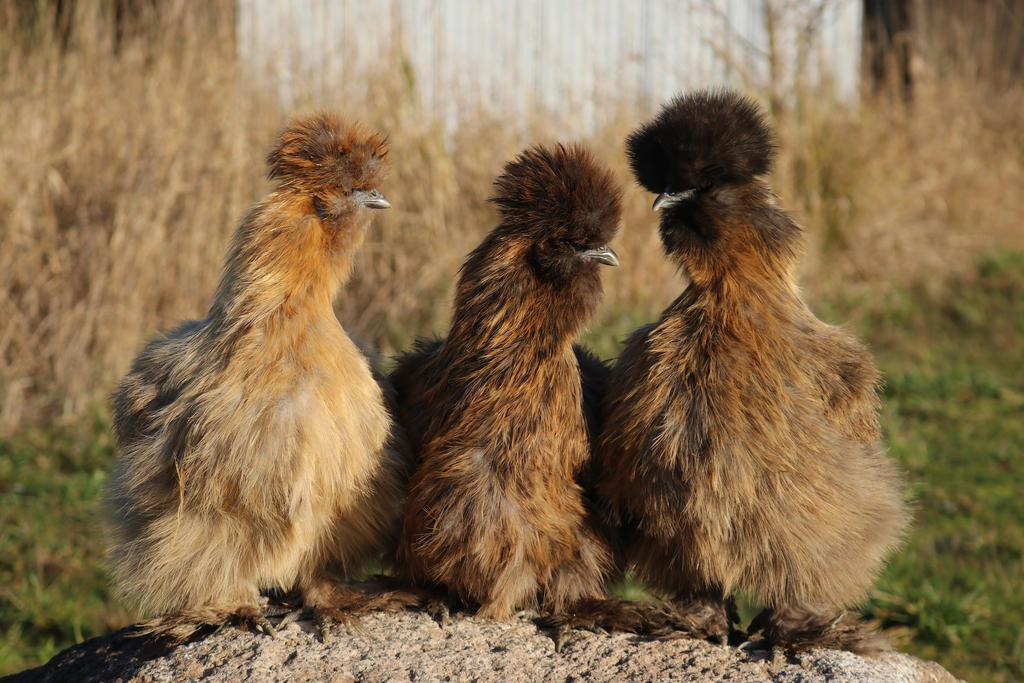 And this is what lavender does to partridge. 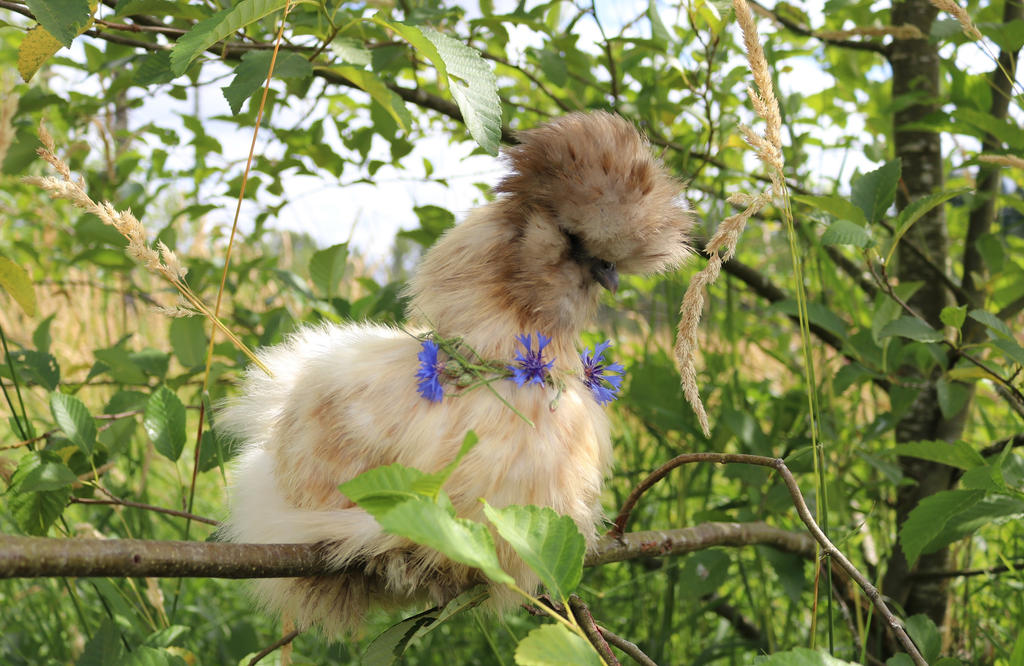 I've been trying to figure out who carries it. So I can attempt to eliminate it. One of my first birds brought it into the flock. As it's recessive, it didn't show up until years later.

Blue and lavender shouldn't ever be mixed as it makes it confusing.

Lavender is also called self blue.