I have my learning cap on.


Oh and nice to meet u. Lol

Welcome to the forum! Is one of your pot belly pigs a boar by any chance? You could breed to your Kune Kune sows and get to raising your own pork! Those are just the right size for home slaughter. Your baby donkey is cute, who cares if it is show quality or not. It sounds like you and family are very happy with your homestead. Waiting to hear more!

baymule said:
Welcome to the forum! Is one of your pot belly pigs a boar by any chance? You could breed to your Kune Kune sows and get to raising your own pork! Those are just the right size for home slaughter. Your baby donkey is cute, who cares if it is show quality or not. It sounds like you and family are very happy with your homestead. Waiting to hear more!
Click to expand...

We did have an intact boat but we traded him and our momma with babies to a young man who fixed our pasture fence. Our boar was supper sweet too he thought he was a dog, loved belly rubs and came when called by name. We did not keep him because although he was a lean hog his babies were mostly fat. We will be getting a male Kune Kune in the future though at least that’s the plan. I’m happy with his new home though. Nothing like helping an expectant father build a future for his budding family. Farming really does bring great people into your life.

This was our first litter of pot bellies. Only 3 boys. We lost the runt wich was a boy before 48hrs and we lost another boy when we removed the remaining twos testicles because we failed to notice he had a hernia and could not keep the intestines in. Had to put him down poor baby. 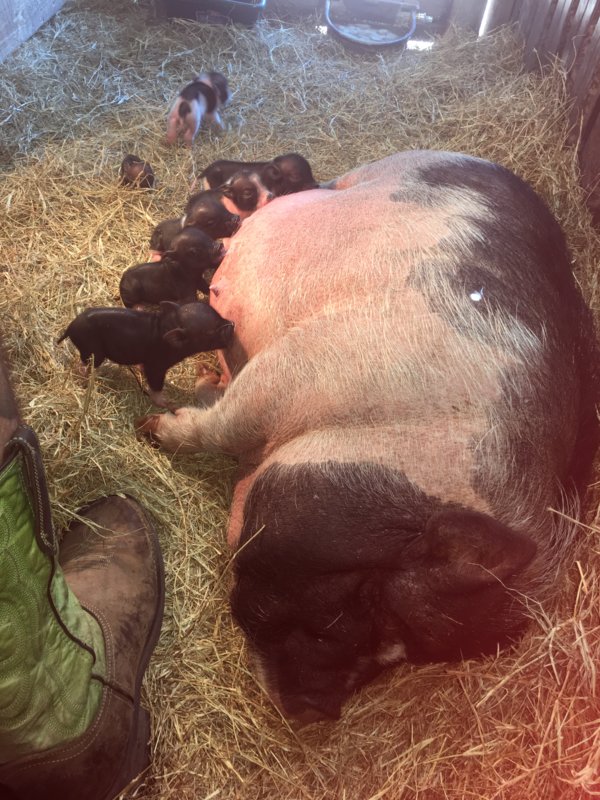 This was our second litter from a different sow same daddy though. All boys except one and no loses. 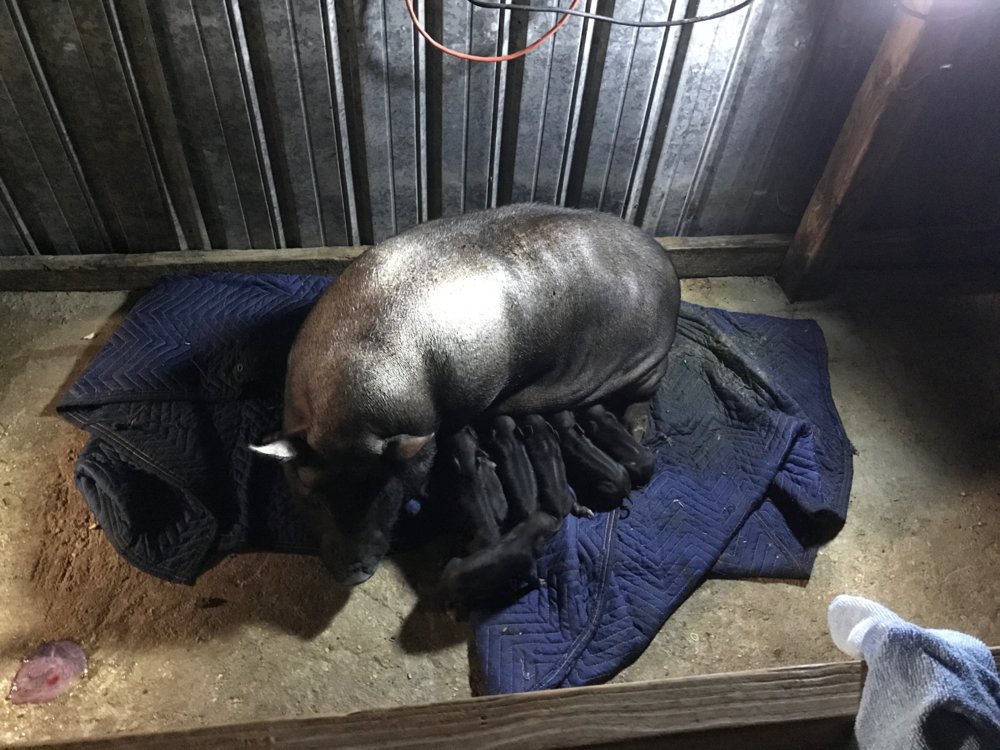 This was our third and last pot belly litter by the same parents that gave us the first litter all girls. We lost the runt here too wich was a girl but she was almost 2 weeks when we lost her due to injury. 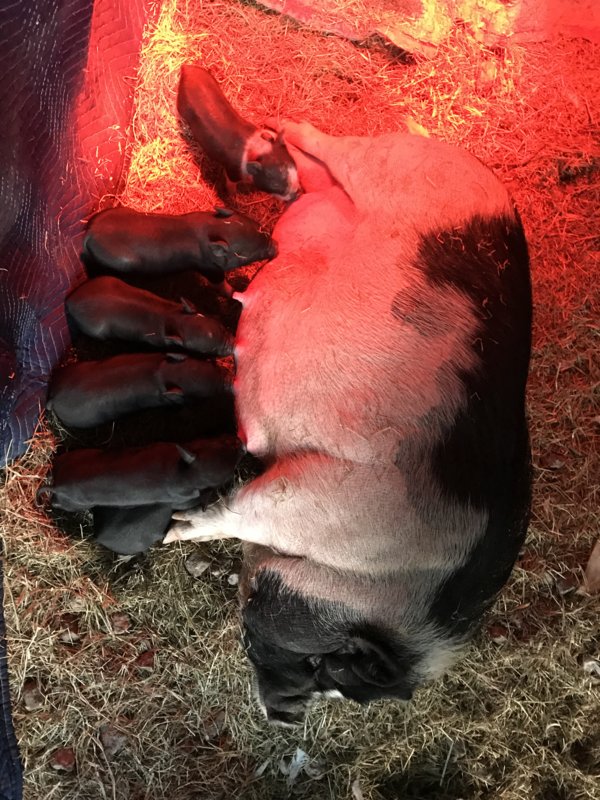 This is what happened to the second runt. It looked to me like momma stepped on her. 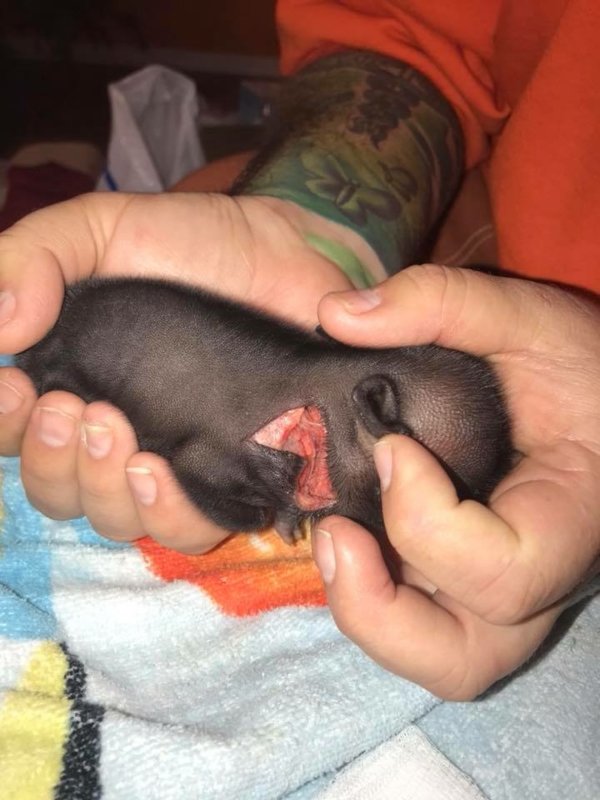 This was her after we fixed her. 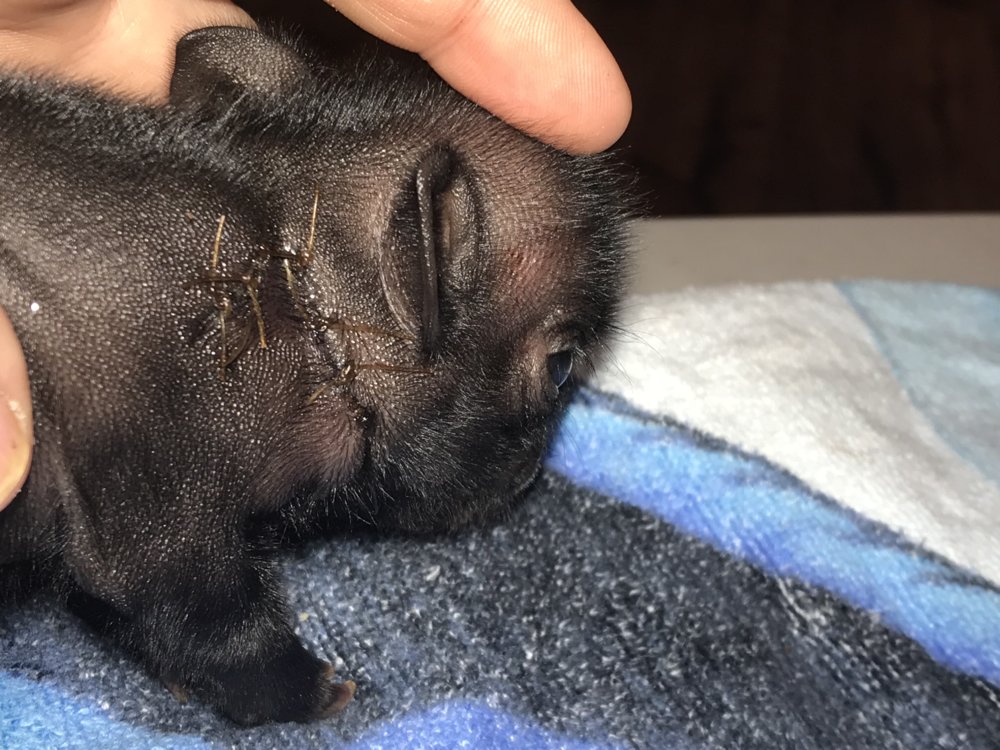 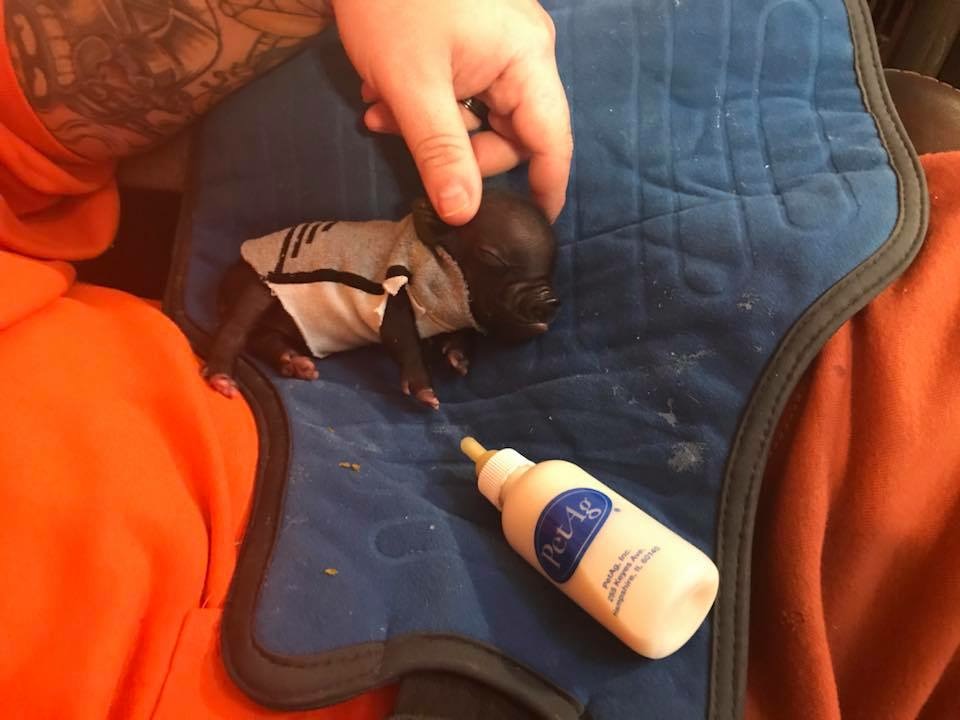 This was one who was rejected by momma but after a few days inside we were able to reintroduce her to momma with no issues. 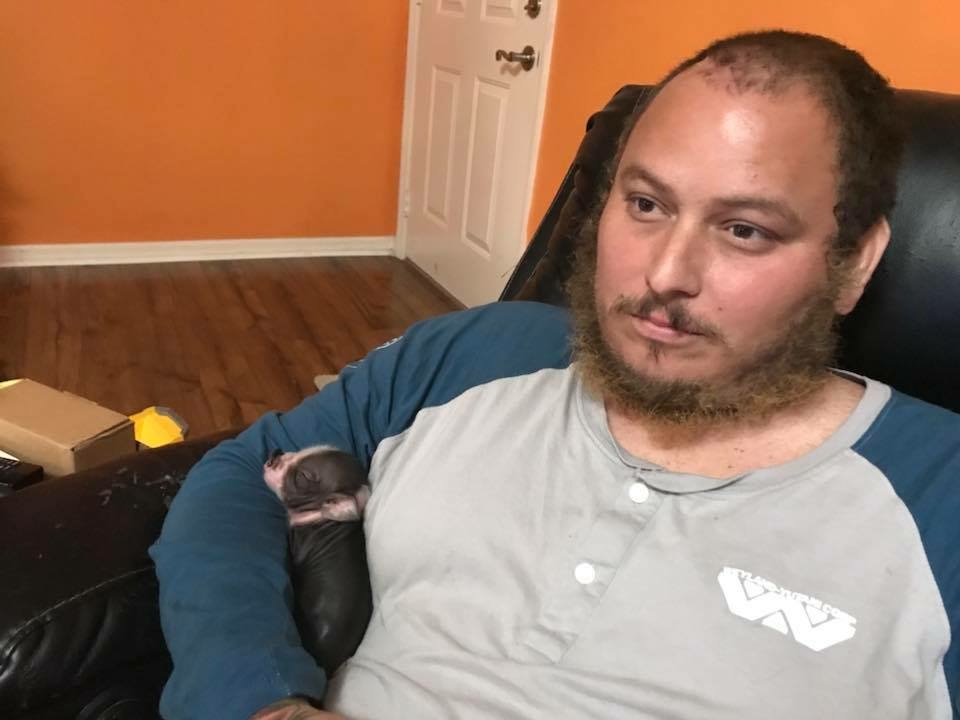 And this well this was an slip up on our part. One of the females in the original litter burrowed under a fence wich divides the pastures and ended up pregnant. We found out she was pregnant when we butchered her and found this disturbing surprise. Sorry if it’s too strong of an image I thought it was interesting though. 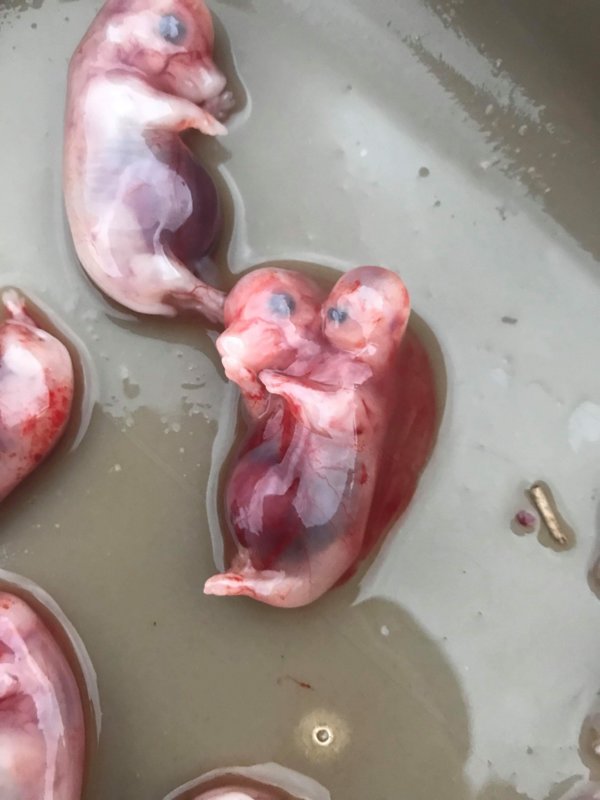 Well that about sums up our pot belly experience. We have a few left to rehome or butcher though.

Oh and our Nigerian Dwarfs for this year. The twin whites and the brown were New Years babies the others were born the next day. 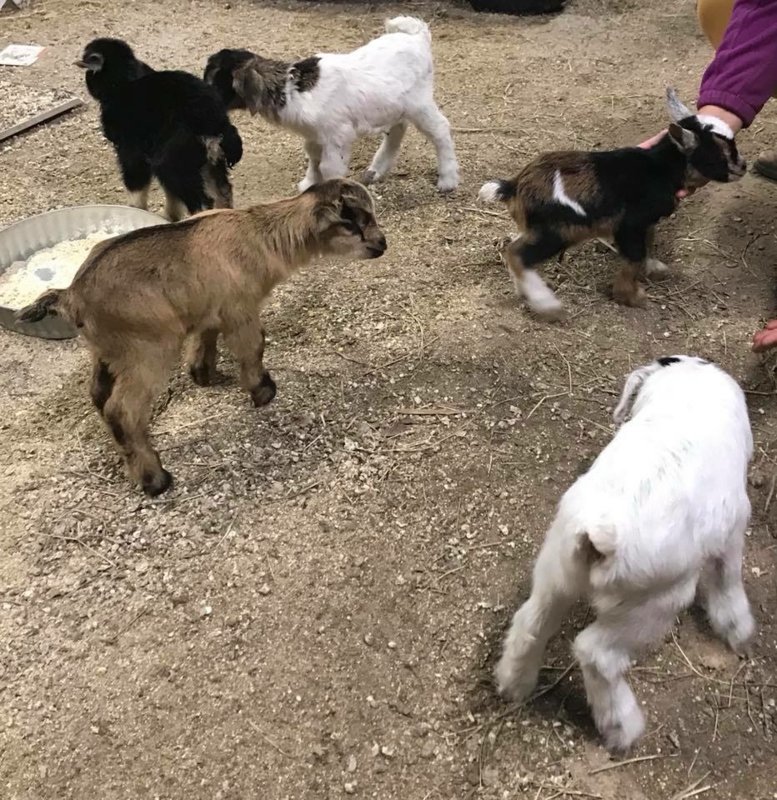 Oh and originally we had bought a mini angus cow and female calf pair but they were such boneheads we decided to butcher and not work with cows again. There’s also a bishon frise male hiding behind my Cane Corso I rehomed him with my aunt last month because he always got hurt when he played rough with my Corso. Nothing major but I didn’t want to wait till he was seriously hurt. He’s happy and spoiled now. 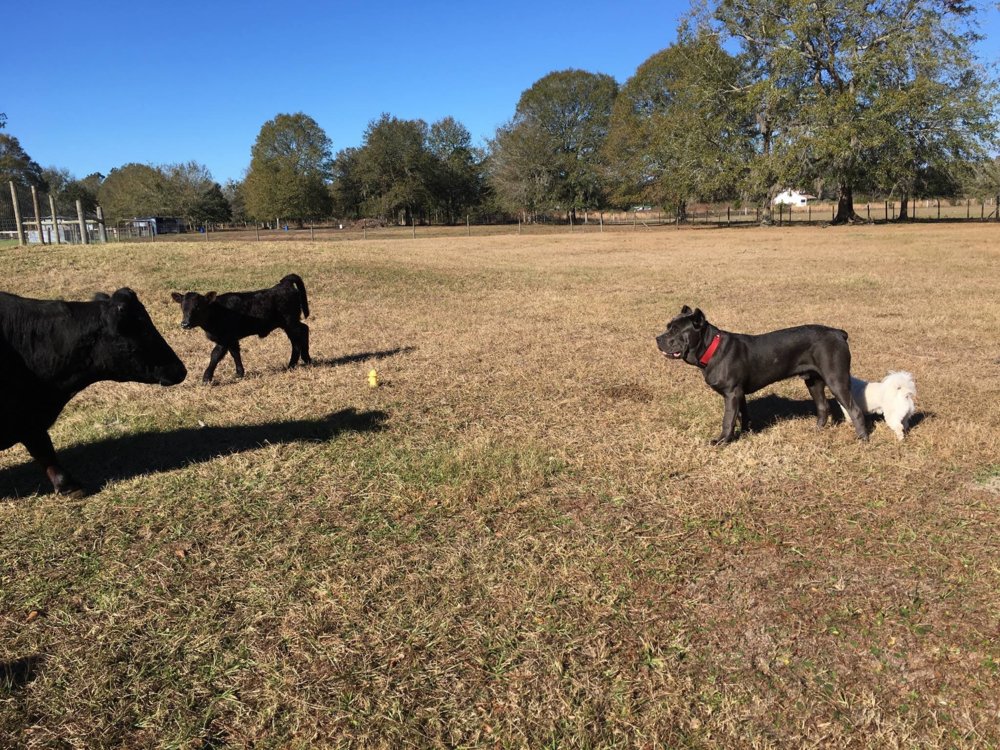 I'm loving the pics and seeing all your animals!

Don't blame you on the cows, I've had cows, I like cows, but opted for small livestock that would be easier to handle. We have hair sheep. We have friends that raise grass fed beef, we buy half a steer and are happy with that arrangement.
N