Really sad to say that my sawmill has been down a few years. Seeing the economy has picked up again (finally). My son and I are working on getting it up and running again. Last weekend we put a battery in it, replaced the alternator belt, replaced the speed control, put some gas in it and fired it up. I must admit I really missed the purr the motor makes.

I just ordered 10 13' 1" band saw blades for it. My son also felled 4 trees yesterday. God it will be nice when I can hear the blade singing it song as it goes through logs again.

It's amazing to me how much I miss that sawmill. I can't really explain it well but running it is like a massive stress release for me. I mean yeah if your not really careful you could really could get hurt bad. The guy who taught me the ins and outs about sawmilling said to me "don't cut off your arm - they don't sell new arms at Walmart". Seeing it's dangerous to operate, you have to focus all your attention to it. My mind gets so focused... I just forget about all the stressful stuff.

I'm really looking forward to running it again. Now if I can just drum up enough work to keep it running constantly again, that would be awesome.

No explanation necessary There is something so satisfying and peaceful about working like that, forgetting about life's stresses. I really hope the economy will continue recovering and business will pick up again for you!

The house that my son and I helped to clean on Saturday was made by hand. First two rooms, then 3 more added later. The man who built the house was a WWII veteran, who then came home, got married, and had two girls. They lived with his parents while he built his house. He cut the trees by the river, and his relative had a small sawmill. The inside was all made with slats, floors, walls, ceilings... I'm supposed to help again on Friday. I'll try to get pictures.

When I was a kid, my dad often brought us to sawmills, and we'd sit and watch the process. His uncle's and cousins ran two big sawmills in northern Wisconsin and upper Michigan about 100 years ago and we have lots of pictures of the teams of horses pulling out the piles of logs. One of my mom's grandfather's lost his life working at one of those sawmills when a band from load of logs broke, and he was caught up in the rolling logs. But despite the danger, there's nothing quite like the sound and smell and FEEL of those big logs going through those saws. It's a soul deep vibration. And the smell of the fresh sawdust. aaah! I can totally understand your fascination! I do wish you were closer. I'd love to come watch, hear, feel that again as you work!
N

Can't wait to get ours running! My grandfather left it to my husband and it hasn't run in a long time. But it will, one of these days!

What kind of logs do you cut? And to what use are the boards put? Do you saw lumber for building houses?

I see craigslist ads from a local sawmill for beautifully grained wood of different varieties.

Well I saw up just about any tree as long is at least 8' long and no more that 21' long and at least 12" diameter on the small end and not more than 36" diameter on the large end. Although I have cut some mosters 60" + diameter logs but I have to quarter them with my chainsaw first or one of my sons does it for me

I've got some pics of absolutely beautiful lumber I've saw in the past. I used to have a pretty good business in NC with my sawmill but once oboma took office the bottom fell out and I just sawed for myself and family use.

However It's just now starting to pick up again. I took a job just yesterday cutting some Eastern red cedar for a guy who wants to line all of his closets in his house with cedar. You bring me the logs and I'll make boards out of them. My business cards say Mills Custom Sawing - everyone wants my wood.

Back in 09 I hired a graphics artist to design some tee-shirts business cards and magnet signs. But since the economy tanked I never got around to doing any of that. I did pay the graphics artist for her work and still have all the artwork print ready - just waiting for the business to pick up again. 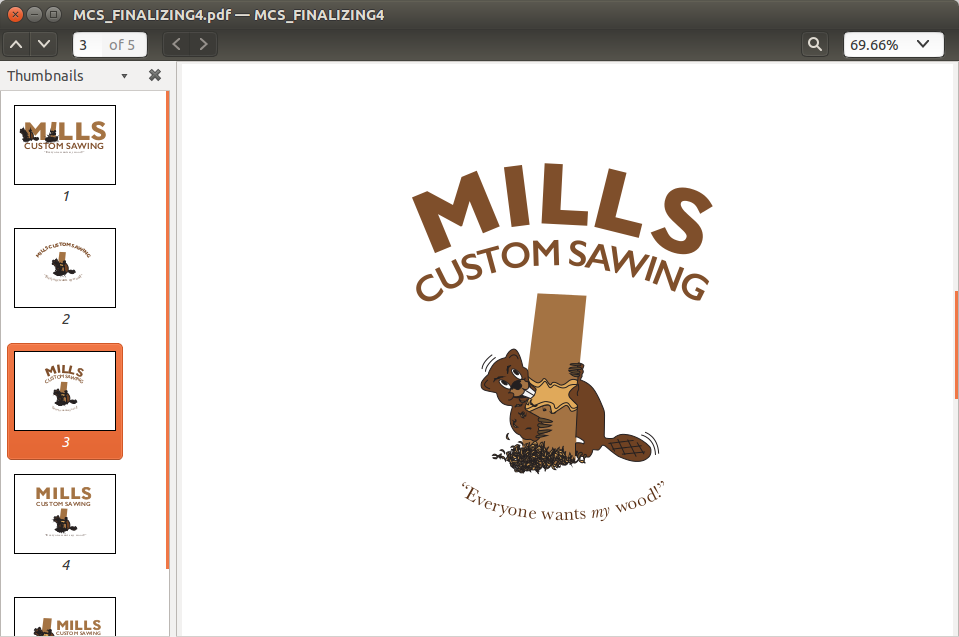 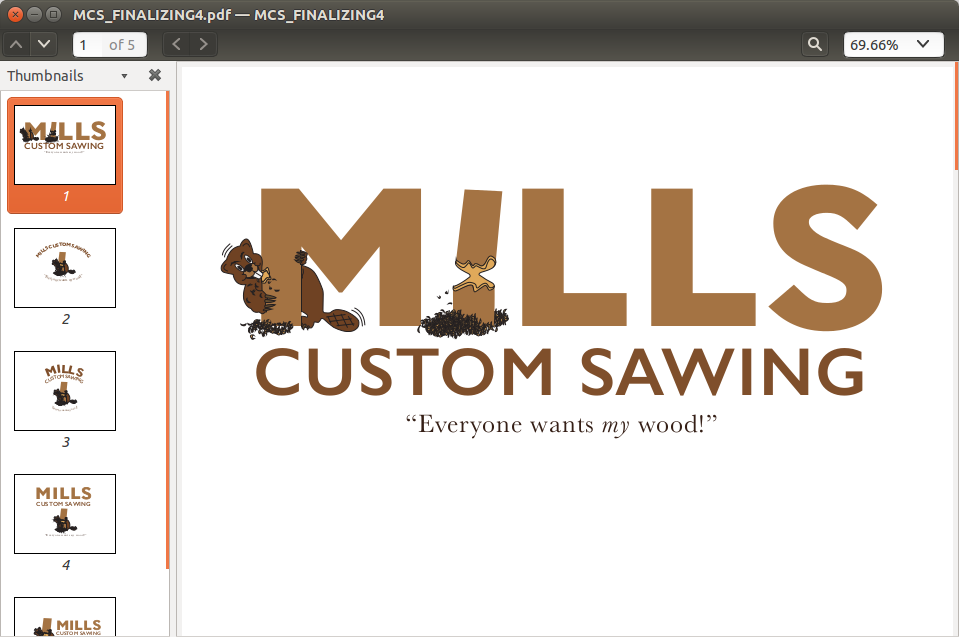 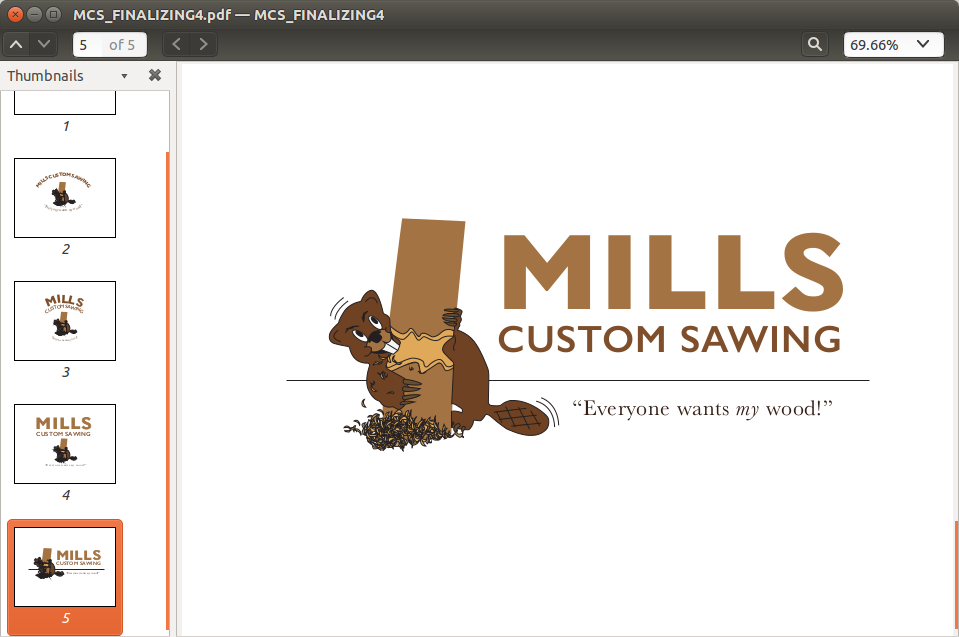 I also have somewhere around here with the Moto "Dam Furry Beavers make such a mess but Mills Custom Sawing makes lumber best"
Last edited: Mar 15, 2018

baymule said:
What kind of logs do you cut? And to what use are the boards put? Do you saw lumber for building houses?

I see craigslist ads from a local sawmill for beautifully grained wood of different varieties.

Yep... I sawed up many a hackberry - it's also known as iron wood it's some hard stuff to work but not near as hard as black locust or persimmon. The make golf club heads out of persimmon that's how hard that crap is.

Interesting facts about black locust. It will not rot for a long time like 80 years even if you bury it. Black Locust is favored as mine timbers and fence posts. Also black locust glows a lime green when exposed to a black light in the dark. I cut out a black locust deck for a guy who wanted a party deck and he placed black lights around the rails it's was a cool sight at night.

The bigest job I ever took was sawing out timbers and boards for a 16 stall horse barn. I thought I would never get done with that job. I would go to the log yard and there's two more trailers staked full of white oak logs for me to saw. This went on for 5 weeks and if I remember it was well over 100,000 board foot of lumber I cut for that barn. I charged that job by the hour - hindsight I should have charged by the board foot.
Last edited: Mar 15, 2018

If you were closer, I bring the black walnut that we just cut. I like the T-shirt and business logos.

milkmansdaughter said:
If you were closer, I bring the black walnut that we just cut. I like the T-shirt and business logos.
Click to expand...

Thanks... Logos are hard... but I wanted a beaver. If you notice there are only a few colors. As far as printing goes you pay by the color so the less color used the best off you are. I learned a lot working with a graphics artist. Just simple things like the beavers eyes can make I huge difference.

Walnut is a tricky lumber to market.

Commercially they steam black walnut to blend the chocholate colored heartwood into the tan colored sapwood so the entire board becomes light brown before the boards are kiln dried. They do this because very little people will commercially buy walnut with tan colored sapwood. Ofcourse there is a trade-off with steaming. The bright hues of the sapwood are "bleached" and the boards appear lifeless with regards to color variation.

Personally and I'm not alone here, I prefer air dried walnut which retains most of it's color variation. Air drying takes a long time however, generally 1 full year for each 1 inch of thickness opposed to steaming and kiln drying which generally speaking takes less than two weeks to dry the boards to a 8 to 10% moisture content and be ready to machine.

Here is a bass guitar I built out of air dried black walnut that I harvested off my property in North Carolina, cut on my sawmill and air dried in my shop a little over 2 years. You can see I included the sapwood in the body and the truss rod cover is completely made of black walnut sapwood. You wouldn't see all this color variation and stark contrast between the sap and hardwood in a commercially made wooden piece. The wood would appear to be one brown color due to steaming prior to kiln drying. 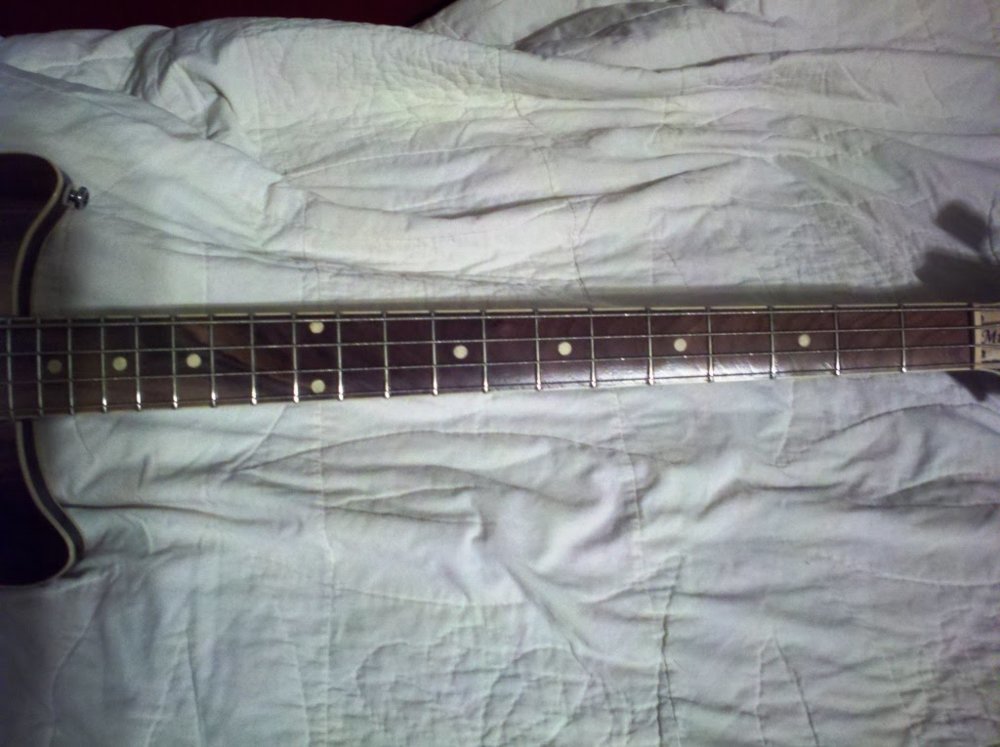 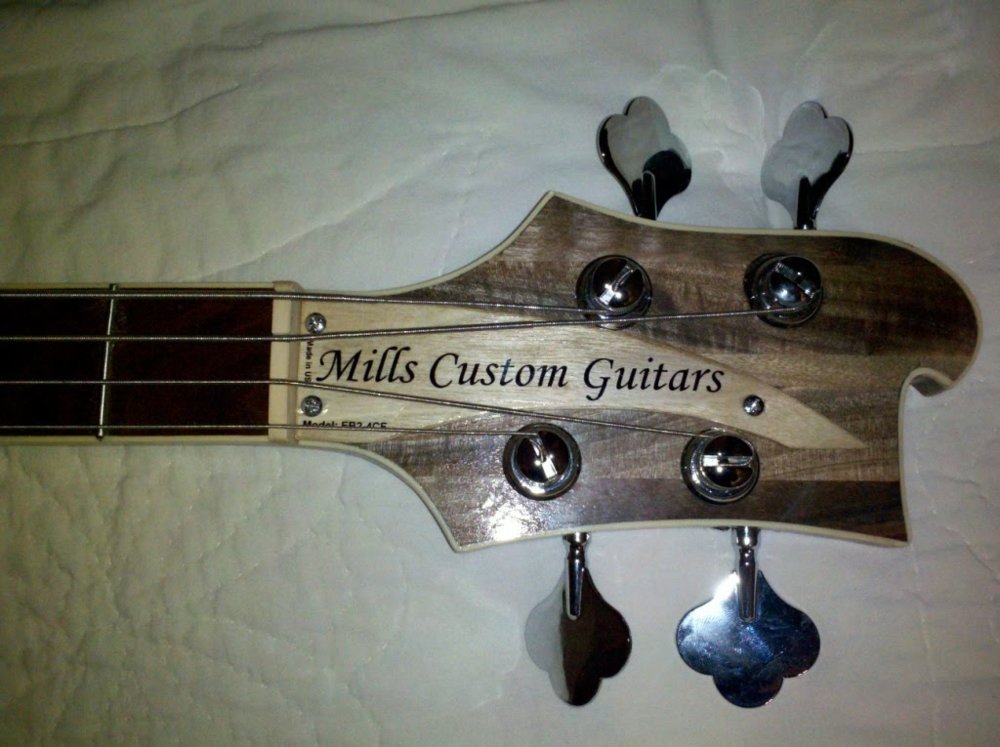 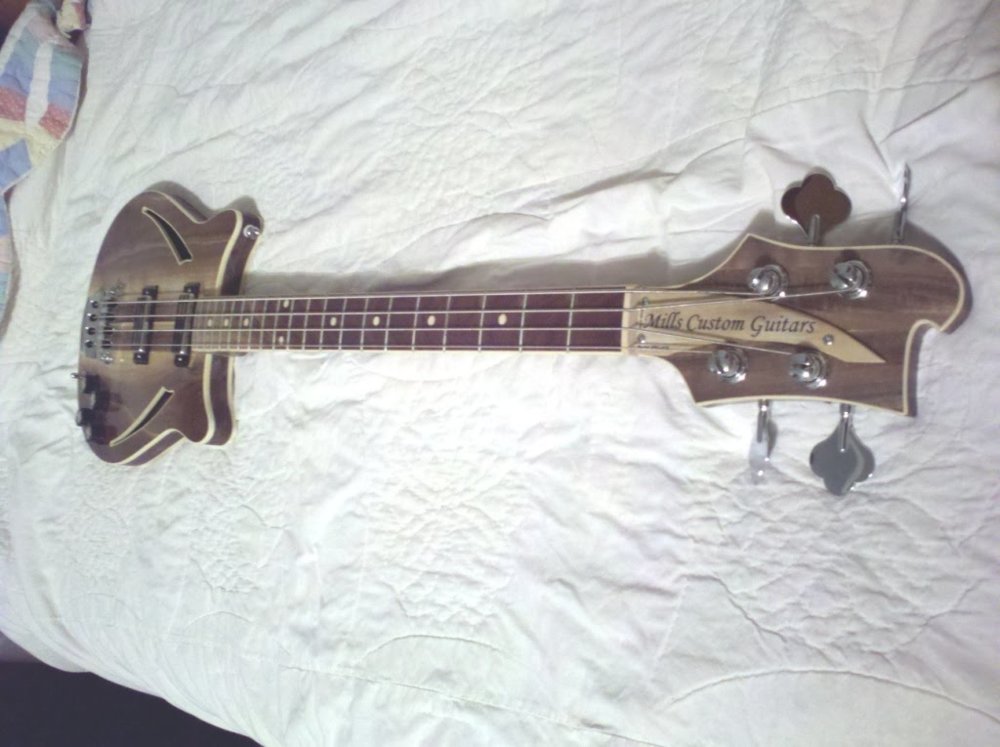