TV - The way back machine

The Beverly Hillbillies is full of funny things.
Throughout the series Ganny refered to herself as "DR Ganny M.D" what did M.D stand for? Mountain Doctor. 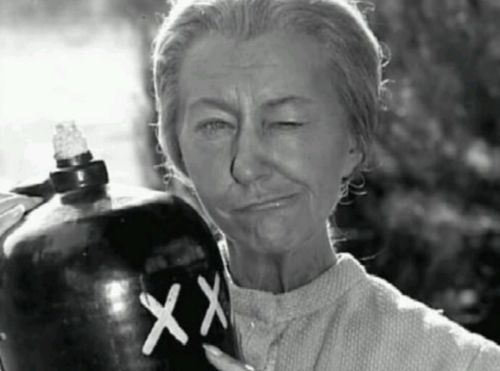 I watched that this morning while I ate breakfast, lol. Jed was looking to buy a yacht.

We still watch M.A.S.H reruns (ok well dvds). It's good for when Im doing many things. 8 years of making costumes for anime conventions were done with me sewing and crafting while half watching M.A.S.H.

Arguably the best accustic guitarist, if not one of the best to ever play. played live on the TV show the odd couple. I have no idea how he does it with out dislocating his wrist. But watch his right wrist and hand. His hand moves so fast it's a blur at times. Maybe he actually had the ability a willfully dislocate his wrist at will? IDK... But what an amazing performance and during a sitcom none the less.

I can just imagine the conversation

ratings are down, what do we do? Call in the big guns Roy Clark!

Granny Clampett was my favorite actress/character of all times. None like her, she was a true original. They were going to cast Bea Benedaret(Cousin Pearl) for that character, but she would never have made the impact that Irene Ryan did.

Not the way back machine but funny never the less.