Day 6 - Yeasties are cleaning up after themselves and clearing out the beer top to bottom. 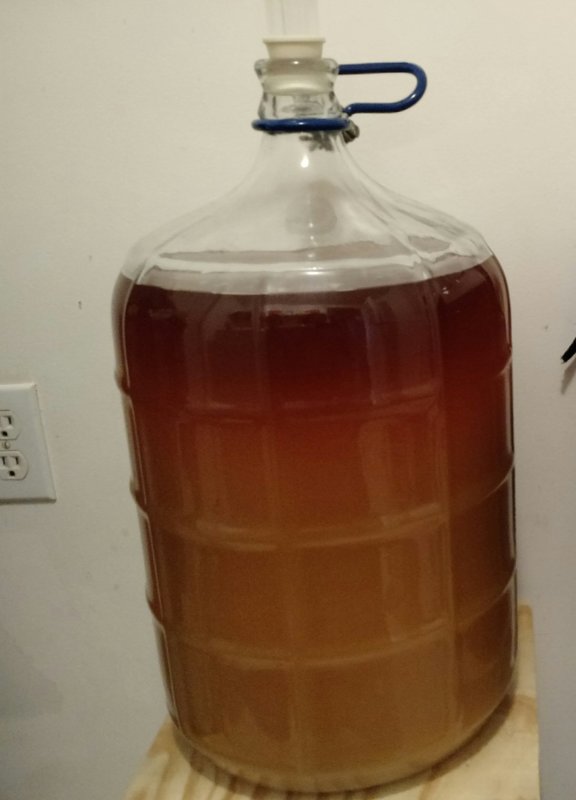 Yeast washing after sitting around 24 hours in the keezer @ around 40 degrees. The Ale yeast has fallen out of suspension and gathered on the bottom in hibernation. As long as it stays cold it should be good for about a year. A great way to save a little money. The yeast from one of these jars is way more than enough to ferment 5 gallons of wort. 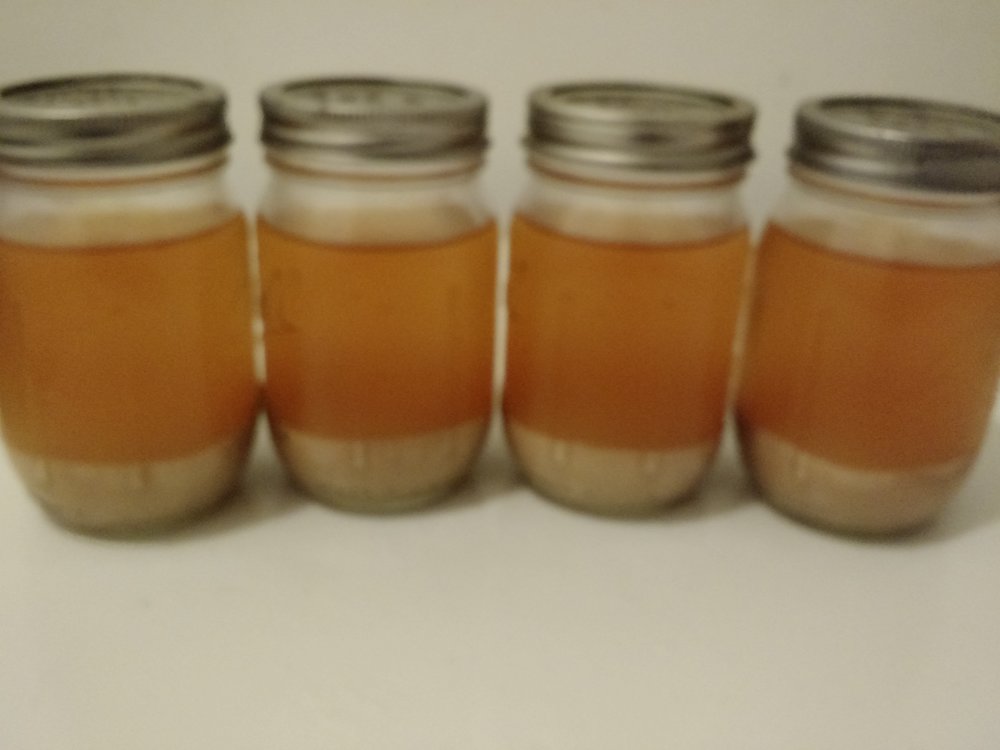 Day 9 - Still clearing out in the secondary fermenter. Not surprised this batch is taking longer to clear, it had an of original gravity 1.068. Which is quite a bit higher than my first batch, which was 1.052. Hopefully it'll be ready to bottle Thursday or Friday.

Can't bottle until its completely done fermenting though or else your pretty much guaranteed to be cleaning up beer from blown off bottle caps. 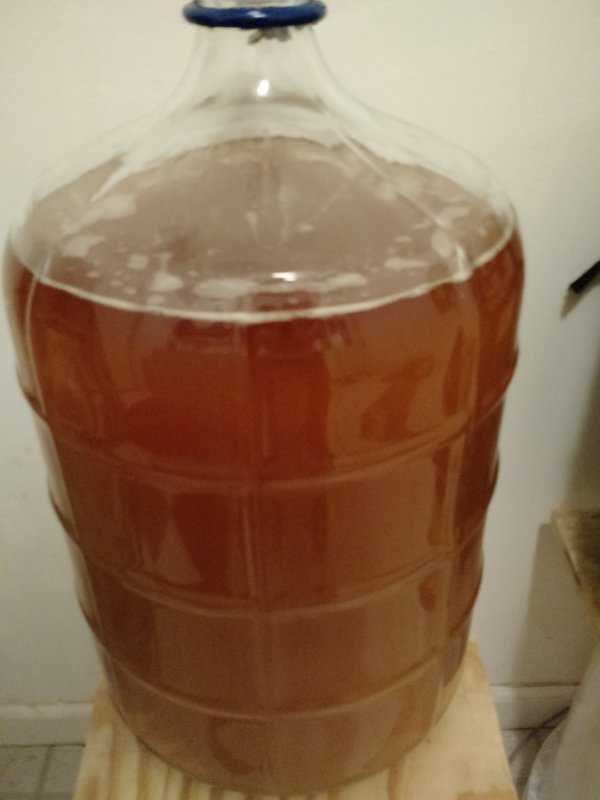 Day 10 - looks like I'll be bottling Friday or Saturday. 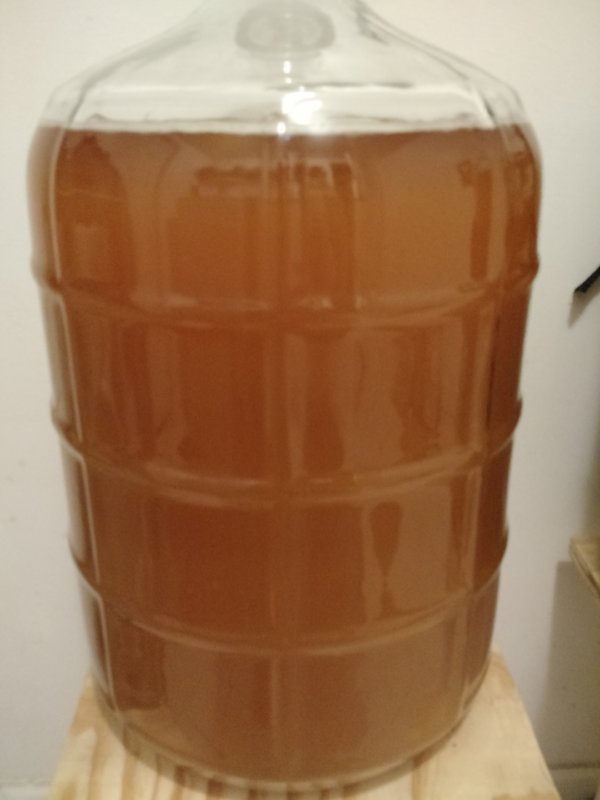 Day 11 - looks like tomorrow evening is bottling day. Cleared out nicely for a wheat beer. 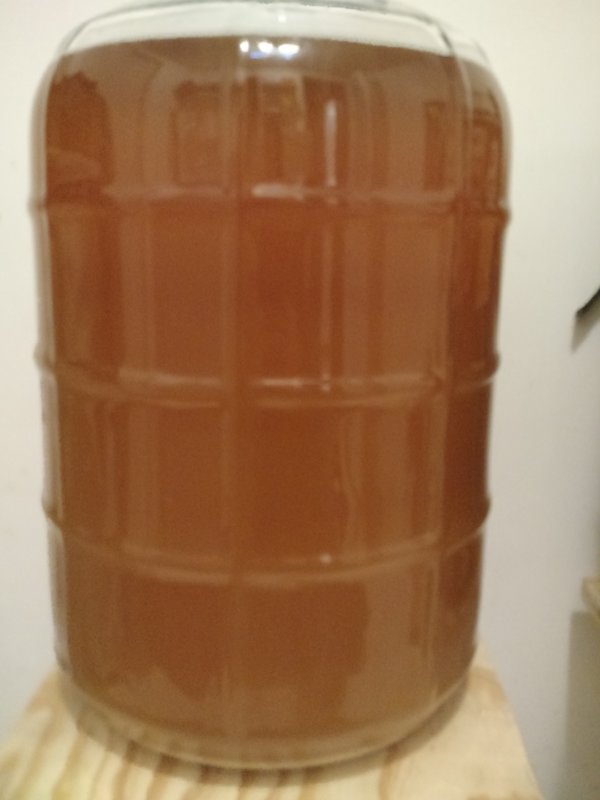 Day 12 - bottling day. Daughter ran the vinator (bottle sanitizer), son in law ran the bottling wand and I capped. We put up 52 bottles in less than 25 minutes, including priming sugar and racking into the bottling bucket.

A family that makes beer together, stays together 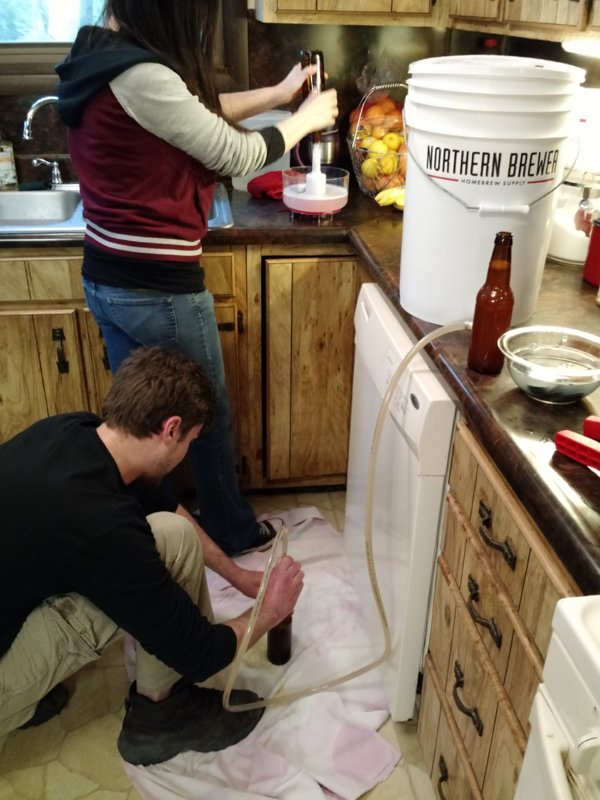 Bottles are put up to carbonate - see you in about 2 weeks.

Great skills you're passing down!

Day 19 / bottle day 7 - I had try try one. Much to my surprise its carbonated and really delicious. This batch has more yeast bed sediment in the bottom of the bottle but still not a failure by any means. Smooth and sweet very little hop bitterness - I like it. Although at 7.5% ABV it does have a little kick. After drinking the glass, I'm feeling slightly buzzed, as I type this... So, I'm now 2 for 2 with this Golden American Wheat beer and my confidence is growing that I can successful replicate the recipe 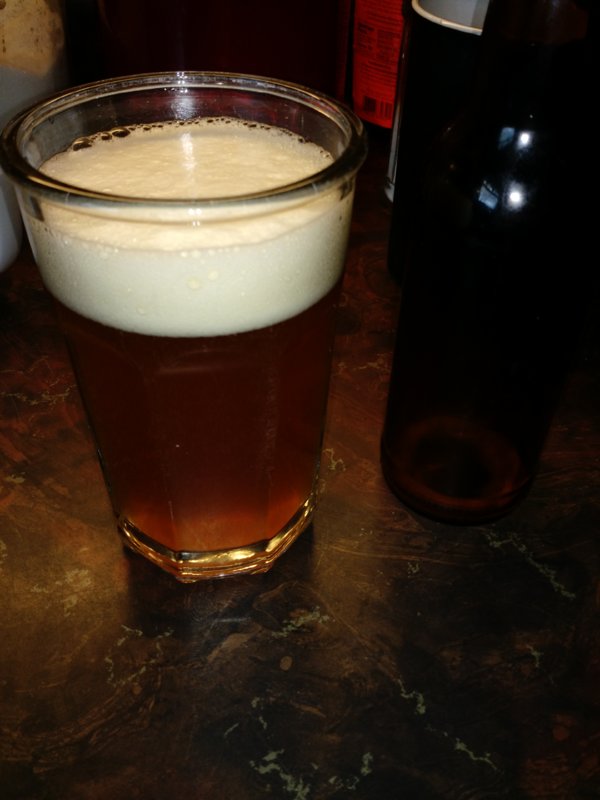 After several drinks and lighted background 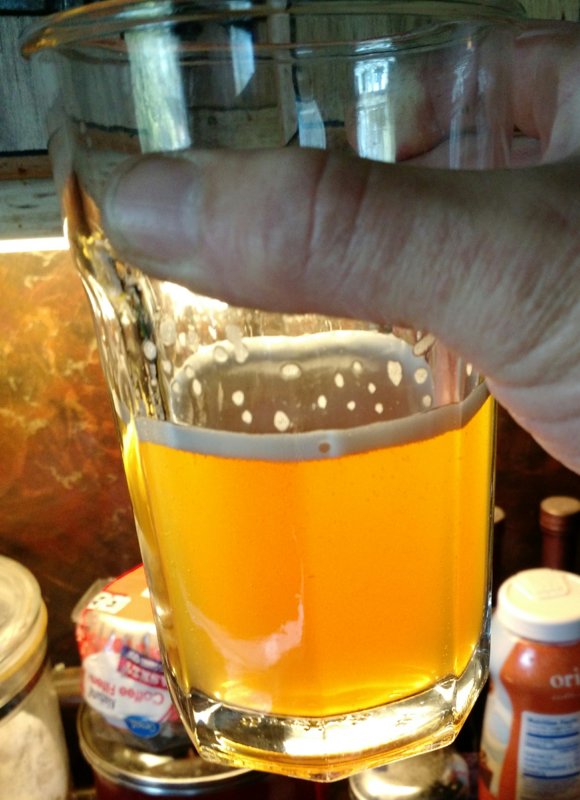 Yep I'm buzzed alight... No driving until the buzz is gone for me. I should not have drank this on a empty stomach for sure.
Last edited: Apr 26, 2019

Well done you! That looks and sounds really nice.

Saturday evening my son in law drank 3 bottles and got lit, slit eyed, couldn't walk straight and acting funny. My daughter called me and said what did you guys brew up? He's drunk and he didn't even drink it that fast. I didn't know what to say other than don't let him drive and laughed. Then may daughter said I tried a little of his and liked it so I drank a bottle also and now I'm buzzed and I don't even like beer! I was laughing the whole time and said well looks like you guys are staying home.

Then, this afternoon, my son, daughter in law and grand daughters came over. My son said rumor has it you been brewing beer old man? While yes I have, you want to try one? He said yes I do. So I stuck a few bottles in the freezer along with a couple of wetted glasses. After about 1/2 hour I poured us some cold frosty mugs of Golden American Wheat. My son took a sniff then a little drink and said man this is good and drank the glass quite fast. Then he went to the freezer and pulled out another and drank that pretty fast also. I hadn't even finished my mug yet BTW. I told him Son be careful that's not store bought beer. He said yeah OK but its so good and got another bottle out of the freezer and drank that also. Next thing I know he's talking funny and can't walk straight. My daughter in law was laughing at him and said to me he's cut off of that homebrew Dad! I said to her well looks like your driving hu? She said most definitely!

So it looks like I'm not the only one that gets a buzz of this beer and apparently 3 bottles jacks a person up. i guess the word is out now that the old man is brewing beer. My son wants me to brew up another batch. I gave him the link to my shopping cart of ingredients and he ordered it a few hours ago. So looks like I'll be brewing another batch here pretty soon. I'm pretty sure I can replicate it again.
Last edited: Apr 29, 2019
You must log in or register to reply here.
Share:
Facebook Twitter Reddit Pinterest Tumblr WhatsApp Email Link