On June 8, our 20 month old grand daughter told her Mom that morning, “mmm puppy” which translates to “I want a puppy”. That afternoon one showed up. The first word out of her mouth was Bo, so his name became Beaux. 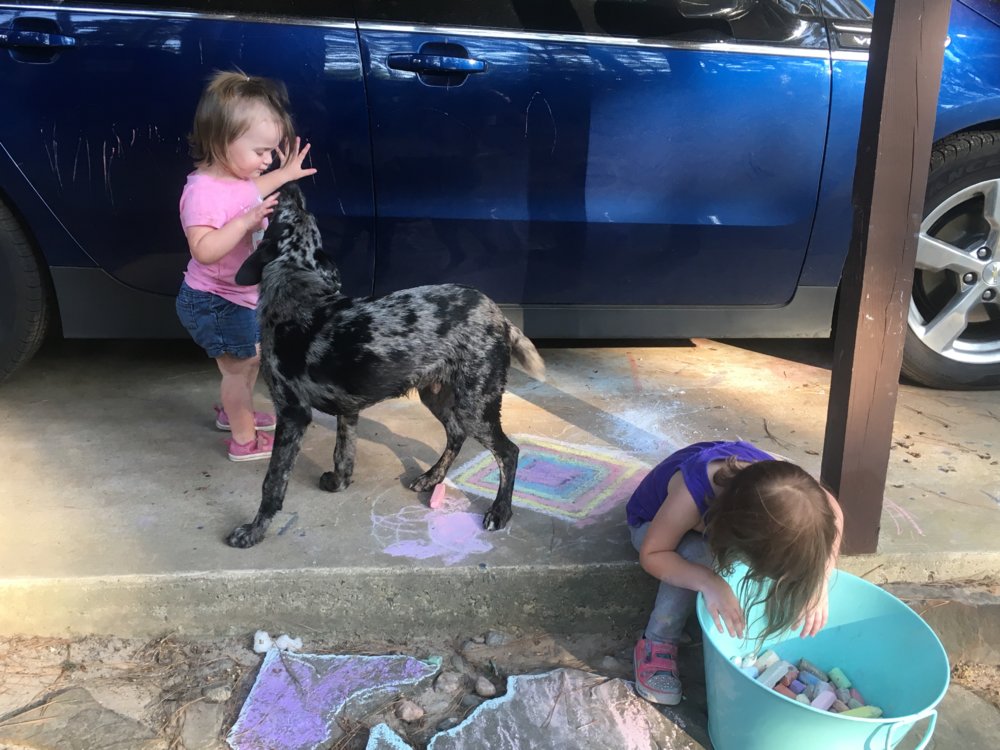 Our daughter notified security and the HOA, posted him on Facebook and nobody claimed him. They live in a private gated community so it’s not like someone drove to their street and dumped him. They took him to the vet to check for a chip, there was none. So they decided to keep him, got his shots, got him chipped and got him neutered. Beaux found a home and the girls were delighted.

The vet said he was a Louisiana Catahoula Leopard Dog, confirming my first impression of Beaux. He said Beaux was about 4 months old.

Beaux adored the girls and they him. He was house broken, sat, stayed, wanted to please, was quick to learn.

Our DD and family had a mini dachshund and a silky terrier. When the dachshund died, they decided against another at that time because they had a new baby, followed by another new baby. Adding a puppy to be house broken and trained was just too much at that time. Our DD really loves mini dachshunds.

When I told them about Parker having cancer and having to put him down, she cried over him. Through her tears, she told her husband, “Beaux came to us because he was meant to be their dog.” They came over that evening and brought pizza, to be a comfort to us.

They offered Beaux to us, saying that he would be happier on our farm, with room to run and play. They live in a small house just over 1200 square feet, with a small unfenced yard. It was a little soon for us, but we said we’d consider him.

We kept the girls Monday through Tuesday evening and Beaux came too. The girls went home, Beaux stayed. Beaux alerted on the chickens and Trip plowed right into him. He grabbed Beaux by the throat and gave him a chicken lesson. 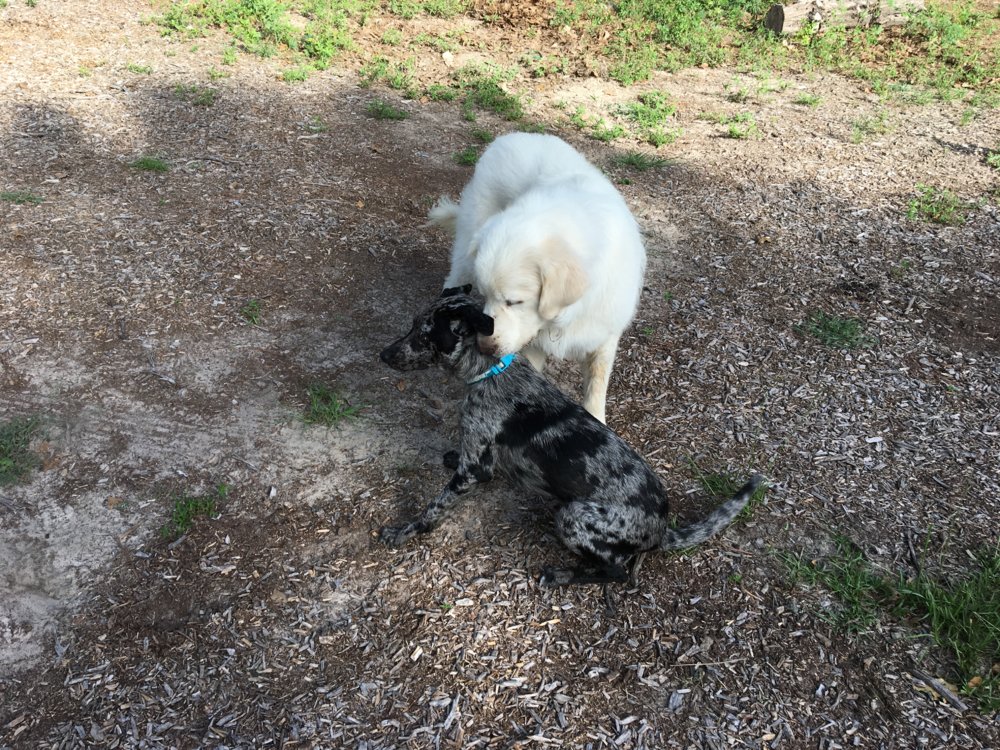 I pulled Trip off Beaux, scolding both. Beaux ran for the porch and inside the house. Later I took Beaux back out to potty and sat down to give the boys some get acquainted time.

Trip drooled big slobbery strings of gooky slime, all over Beaux, my pants, both arms and himself. He nose punched Beaux with a a few bites thrown in, with me as referee. Beaux was terrified. I finally let him escape to the safety of the house where my BJ de-slimed him with a towel. 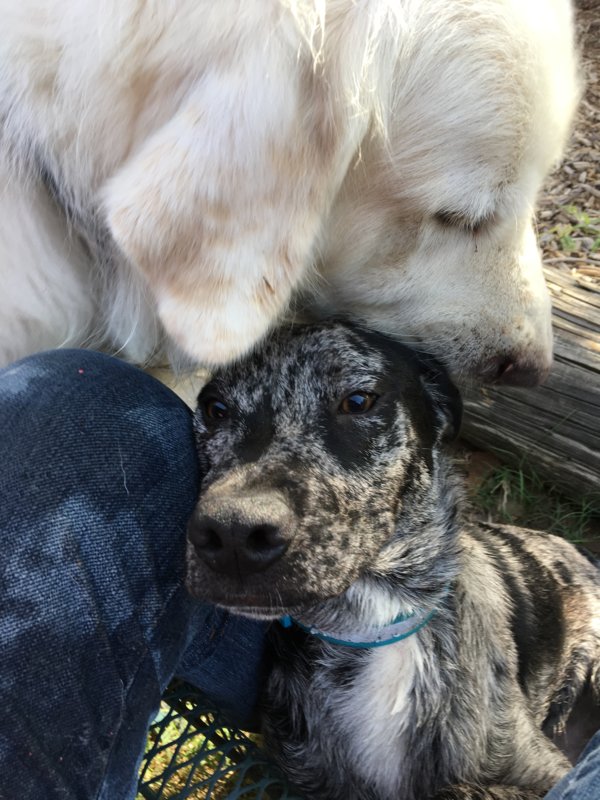 I got a full picture of Beaux, stretched out by the bathtub, where the little girls were splashing.

Hmmmm ...... criteria for a new dog, must love children. CHECK 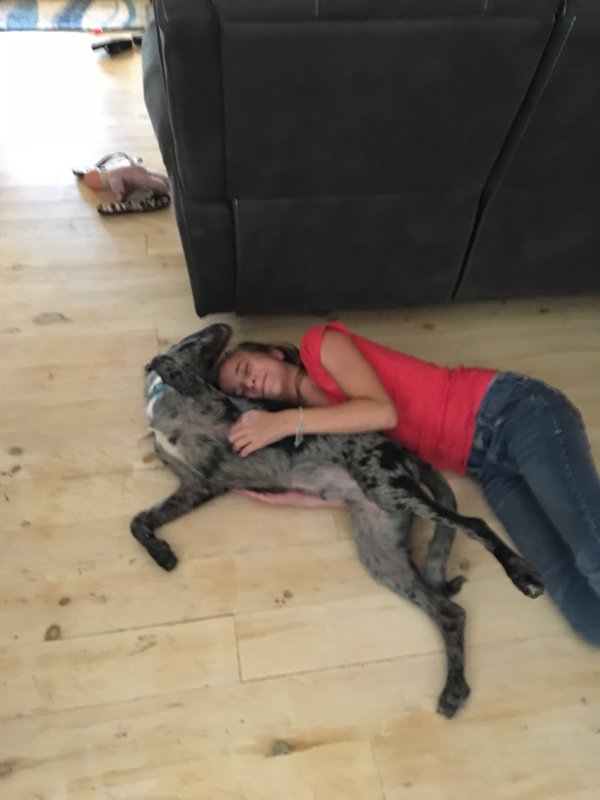 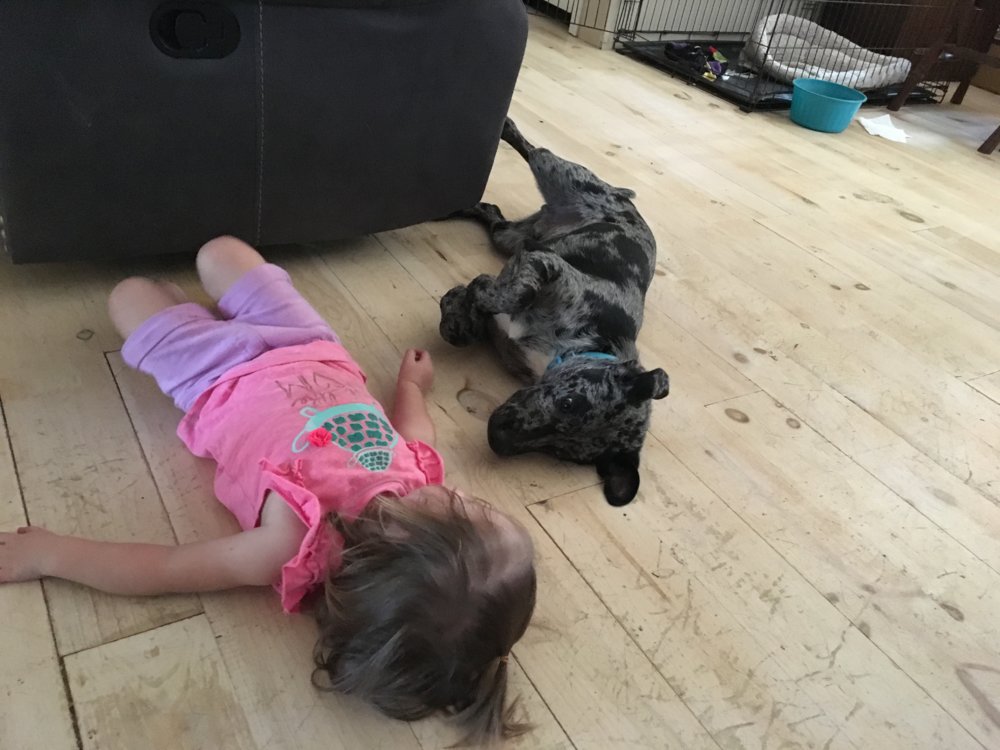 Must not chase chickens. After the drubbing he got from Trip, chickens are the devil. CHECK

Must not chase Sheep. I let the sheep out in the yard to graze. Beaux wanted to play, I told him no and he was crushed. Will probably have to reinforce that, but he listens and minds. CHECK

Must be smart, affectionate and mind. CHECK

We have a dog.

He's gorgeous and if he turns into half the dog Parker was - you've still got a winner!

and another adventure begins!!

Today we took Beaux to Tractor Supply, for riding in the truck training, going to public places and to get him toys. He didn't load up, I had to put him in the back seat, but he'll get that with time and practice. He was super well behaved, happily greeted people who wanted to pet him and wanted pig ears. We got him 3 ears (one for Trip) a squeaky toy and a kong that I can put peanut butter in for him to stay busy.

He rode just fine, was not scared or stressed. We made 2 stops before going back home, I got out, then BJ got out. Beaux did not get upset either time. He also did good on the leash.

Good boy! He's beautiful, I'm happy for him that he found you, I think he'll be a much loved family member.

Love that breed, Bay....I've only ever heard good things about them. My niece had one and he was a great dog. They make excellent farm dogs and critter gitters.

That Trip is such a trip!!! What a good dog he has turned out to be and I'm glad he's helping to train your pup for you.

Both dogs are very beautiful and so are your grandgirls, even more so. Of course, they must take that after you.