Let's talk about meat, dairy, eggs, hunting, and cooking on the homestead

We have a good neighborhood. We have 8 acres that backs up to a high wire fenced ranch. There is woods on one side of us and 6 more places of 2 acres that back up to us on the other side. 5 are good neighbors, 1 is a jerk that nobody likes. There are other neighbors in the area that would make good allies. We have made it a point to meet and greet people, some are easy to get to know, others not so much. We have people of different talents, almost all are armed.

Our place is completely fenced, our house sits 200' off the road. We have 4 big dogs and one puppy that thinks she is big and bad. Someday she will be. But like @frustratedearthmother said, wire cutters and shoot the dogs would take care of that. There was a known thief in the neighborhood when we moved here. He skulked around at night stealing anything he could. He never came here. Even before we got it fenced, he didn't come here. We had a gate across the front, but no fence.

Security wise, we are 2 people. Even with close neighbors, we are too spread out to put up a formidable front. Haha maybe we need a yappy Chihuahua in the house to warn us of intruders.

Selco Begovic has some excellent things to say about survival in a SHTF situation. He survived the Balkan War, in a city that was besieged for over a year. One thing he mentioned was that nobody that tried to go it alone survived. For instance, if you are trying to get water out of the well, you need someone else with you (or preferably more than one) armed and keeping an eye on what's going on around you, because you only have 2 eyes.
If you have not read his blog, here is a lot of it. Unfortunately some of his original posts are no longer available. https://geroldblog.com/2018/11/28/selcos-shtf-survival-lessons-part-1-a-to-b/

Britesea said:
Selco Begovic has some excellent things to say about survival in a SHTF situation. He survived the Balkan War, in a city that was besieged for over a year. One thing he mentioned was that nobody that tried to go it alone survived. For instance, if you are trying to get water out of the well, you need someone else with you (or preferably more than one) armed and keeping an eye on what's going on around you, because you only have 2 eyes.
If you have not read his blog, here is a lot of it. Unfortunately some of his original posts are no longer available. https://geroldblog.com/2018/11/28/selcos-shtf-survival-lessons-part-1-a-to-b/
Click to expand...

I have often read his blog, thanks to you posting about it years ago. A real eye opener!

So, I have been intending to weigh in on the security question, but I have not had the time to set down and really lay out my thoughts on it. First, I think, as we hear about efforts to defund the police, that this is as timely as ever. How do we really secure our homesteads?

Ideally, we would live in isolated and sparsely populated areas of the country. Personally, if I could still go to church and earn a wage and live on a homestead that is only accessible by float plane that would be awesome. However, that's not reality for me or many others.

First, I think you need to have a good idea on how to defend your home from the inside. I purposely have loaded guns stashed in hot zones throughout the house. I have a loaded shotgun behind my bedroom door, and my every day carry 9mm by the bed. I have a flashlight right by too for my usage and to potentially blind or distract an intruder. I also have a loaded gun stashed in the kitchen/living room area and in my bathroom. All are easily accessible for me and hidden in plain sight. In the garage, I have my gun safe accessible with a loaded handgun in it. If I had another handgun, I think I would be satisfied with the accessibility. I routinely (not every day) carry a loaded gun on me and I do have my permit to conceal one. I think that is a big help especially if you are ever stopped by law enforcement.

Second, the house is fairly secure. We have good sturdy doors, and windows that lock. We have no immediate neighbors, and the front of the house is accessible by the road, but there is nothing but cattle and cliffs across the road. The property has an old, overgrown fence that only has one easy to cross hole in it for two legged varmints. The bedrooms are accessible by the deck via windows if you ever needed to escape the house. You could do so easily. We have some watch animals. The German Shepherd is kenneled, but does a great job of barking and letting you know what is out there. He barks differently at varmints, humans, and coyotes. Ideally, he would be loosed and kept in with an underground electric fence. If our current situation persists, that might be something I do next year. I also have a free roaming gander that will literally throw down with anyone or anything that comes into this yard and he will let you know when company or UPS is here.

I think security also encompasses building secure facilities for your livestock to minimize pest problems. I routinely trap for raccoons and opossums too. You should also keep your food storage areas pest free and constantly make sure that it is being protected.

Some problems with our security here (or potential problems):

1. Visibility outside is terrible. This property has been heavily landscaped over the years, and it is terribly overgrown in places. It creates a lot of unusable space (I could triple gardening space, and build a hog house) and creates a lot of cover for humans and varmints. It's pretty and it is nice to have at times, but in a survival situation it would really hinder your efforts.

2. There are two homes on this property, and that makes a centralized security strategy hard to handle when you are the main person for that task.
L

You've just disclosed how many guns you have, and where they are located. Security breach right there! This is a difficult subject to discuss, for the simple reason that disclosure increases vulnerability. I will say that we are armed, and have ready access. I feel that our home lacks security b/c of side lite windows at both sides of the front door, raised ranch, where any one could enter through basement, or front door with ease. Increased visibility to outsiders from all directions since we took down a lot of trees. Visibility can be an asset or a liability. Allows us to see what's going on around us, yet, sometimes it feels like we are living in a fish bowl.

You'll have to find me first

Then locate the exact location of the firearms....

Ferfal, another survivor of an actual SHTF situation (the financial crash in Argentina) has posted that he feels the safest place to be is a small town. One small enough that the residents mostly know each other and will be able to muster a decent defense. The problem with isolated homesteads is that, if the bad guys show up and you were unable to chase them off, for whatever reason (what if you are asleep? Are you already taking turn standing guard all night?), anyway, when they were attacking people in isolated areas, they knew no one would be showing up anytime soon, so they took their time- torture, rape, searching the household for food and valuables, more rape, more torture. In some cases, when the authorities found the bodies, it was evident that it had gone on for a couple of weeks.

If you have ANY kind of trail leading to your place, THEY WILL FIND YOU. 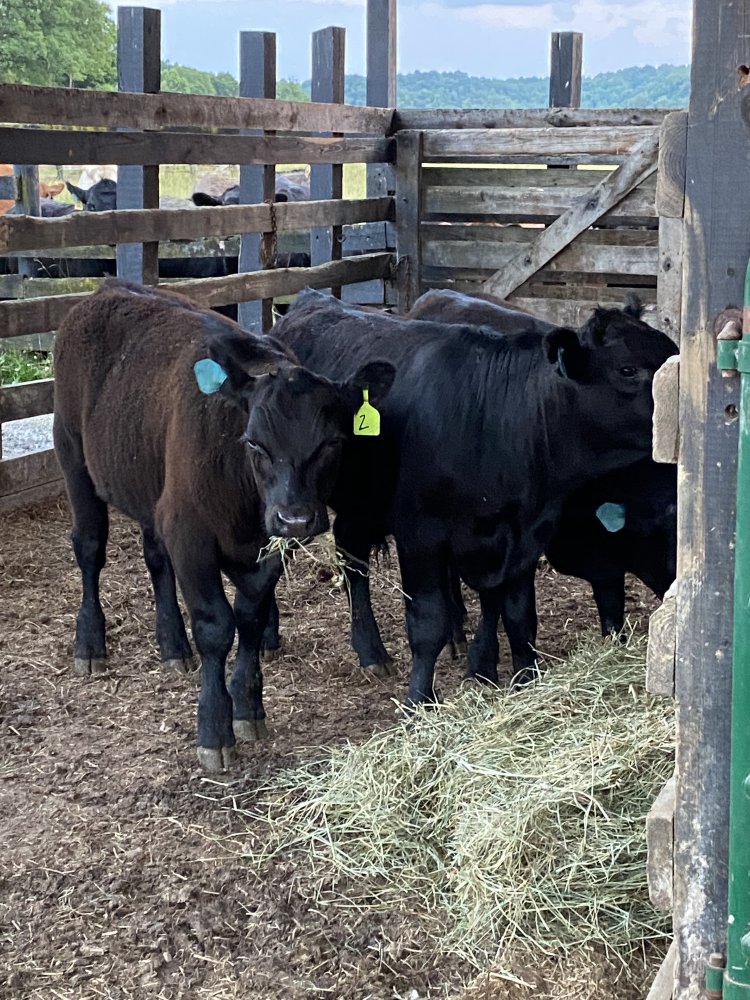 I am a beef farmer now! I have those over at the family farm, and raising 10 steers. 1 lucky boy will end up in my freezer and in my pantry. Jars and jars and jars of stew meat, roast, and ground beef.

WOW, look at you go! No shortage of beef in your future. Congrats!
M