Luck of the Irish Red Ale

Day 17 / Bottle day 3 very smooth and tastes really good absolutely no bitter at all. Odd I get a slight hint of cloves and oranges though, but no cloves or oranges were added. It must be east kent golding hops. It's only mildly conditioned/carbonated and only gets better from here. I'm not ready for a 4 leaf clover just yet, It is a deep red 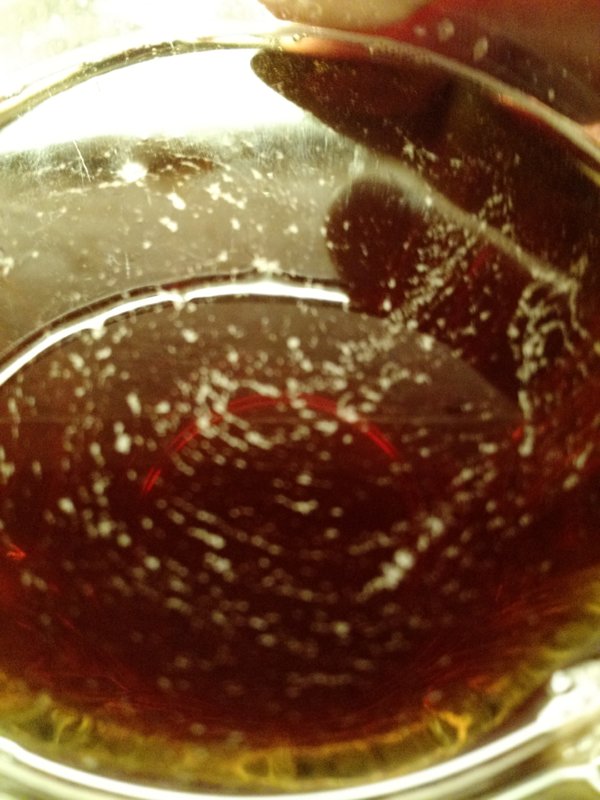 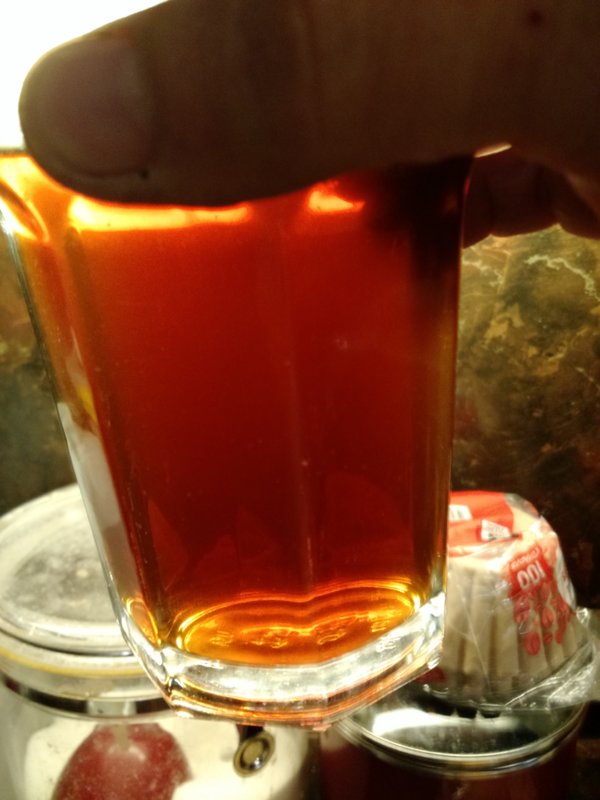 Sumi does this sound about right for a Irish Red Ale style of beer? My daughter claims she doesn't like beer but I think she just changed her mind. 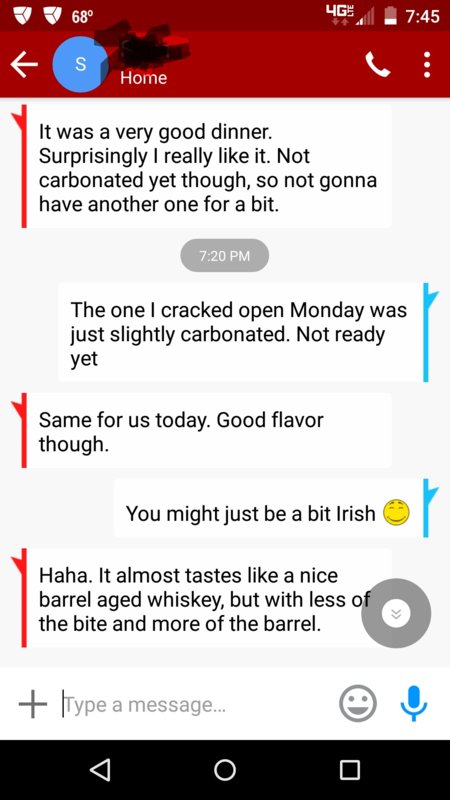 Bottle day 8 - Carbonated but the head falls fast. Tastes delicious, very easy drinker, maybe a little to easy. It has just a slight hint of hop bitterness that's hardly delectable. Very nice balance of warming as you swallow bourbon like alcohol and malty sweetness. Extremely smooth, with a bit of a kick, nice mild aroma also.

I want to tweak this recipe a bit.
1) I would like it a little more lighter color red, shouldn't be difficult.
2) the light copper colored head needs better retention, this may improve with bottle conditioning age. If not I'll add about the 3 to 5% of red wheat malt to the mini mash grain bill to increase the head retention.

Otherwise a awesome tasting beer in a frosty glass. 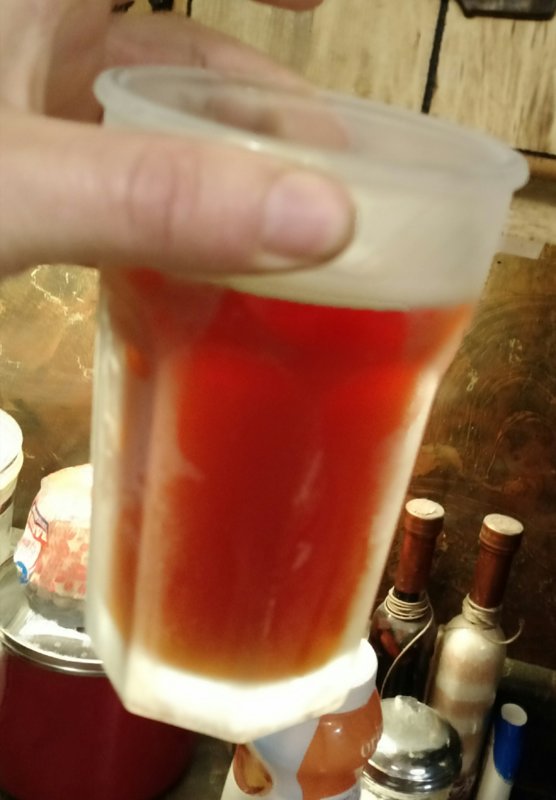 After finishing this glass, the sweet malty alcohol goodness lingers in my mouth, this beer could be very addicting for having such a high ABV, most definitely drank this to fast... Buzzzzzzz

It sounds like you got a winner there! The Irish red ales are very nice and very drinkable.

I never had any, but it looks delish from here.

The hop bitterness is what makes me dislike beer, I think. Maybe I should try a glass and see if that is it?

It looks good in that frosty glass. Congrats on another successful brew!

wyoDreamer said:
The hop bitterness is what makes me dislike beer, I think. Maybe I should try a glass and see if that is it?

It looks good in that frosty glass. Congrats on another successful brew!
Click to expand...

After a little trial and error I found that the absolute maximum I can take is 20 IBU. IBU is International Bitterness Units scale. Each classification of beer has a range for IBUs. Read more about ABU here ---> https://www.thebrewenthusiast.com/ibus

When a recipe calls for x amount of bittering hops I add 1/2 of what is called for and this generally puts the final beer in the lower range for that beer type. If even reducing by half still calculates to above 20 IBUs the I reduce the bittering hops even more to get below 20 IBUs.

Just because there is some standard to brew by doesn't mean it applies to everyone's taste buds (mine included).

Personally I think most commercially available beers are to bitter and it doesn't sound like I'm alone in this either.

This Irish Red Ale I brewed has an IBU of around 13 and its a very nice balance of sweet malts, Alcohol and barely detectable bitterness. The IBU standard for Irish Red Ale is 18 to 28. So, technically speaking what I brewed is not officially a Irish Red Ale. Not to mention the ABV (Alcohol By Volume) is right around 7% When the standard ABV for Irish Red Ale is 3.8 to 5.0 ABV. But I've never been one to "fit the mold" so why start now -:lol

Anyways, if anyone wants this recipe I can post it here. Everyone should have the opportunity to brew and try this tasty beer.
Last edited: May 8, 2019

Some times a picture speaks 1000 words, this would be one of those times. 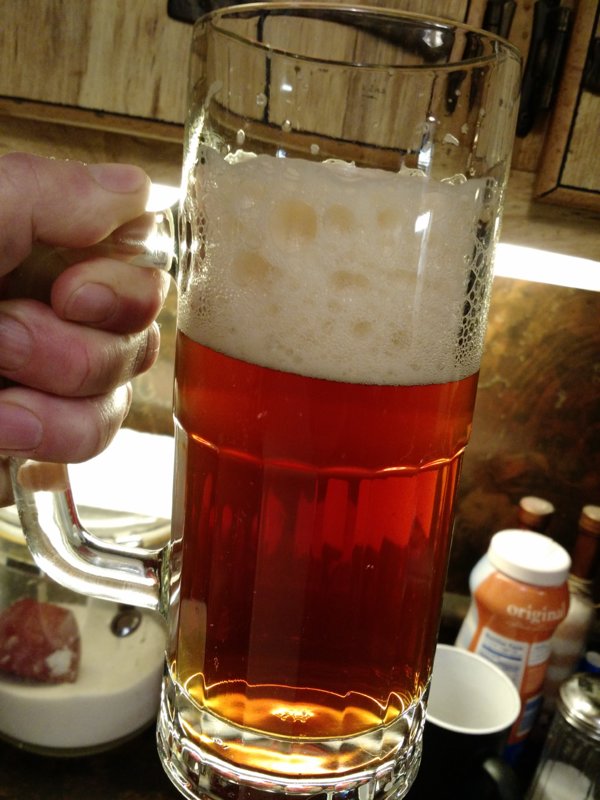