There’s a first time for everything.

tortoise said:
Not to be too much of a downer, but I've had no luck grafting lambs. The ewes reject them forcefully - will trample and butt a bummer lamb and injure it. They won't accept their own lamb back after separation most times. You don't need to worry about taking lambs off mom unless you have triplets or quads. Mom can handle two just fine on her own.

I have a love-hate relationship with bottle raising lambs. I love having a flock of tame ewes - started with bottle lambs. However, bottle raised rams are downright nasty and DANGEROUS. I have one of those. If his wool wasn't so nice and if I couldn't halter him, he'd be in the freezer years ago. My first year 4 out of 7 died. Second year, did great with 3 out of 3 surviving. 1 sold, 1 freezer, the other broke a leg and was put down. Third year, lost 1 to toxemia, lost another failure to thrive (was a premature lamb from a terminal C-section), and the other two bottle lambs died about 6 months old from worms, and they'd had fecal egg counts, and several rounds of wormer.

I say I won't bottle feed lambs this year, but as soon as one as one is rejected... I'm smitten. :sigh: Last year was especially bad because I was having a miscarriage at the same time as the terminal C-sections and rejected lamb stuff was going down.

I really need to cull one of my ewes. All my bottle lambs except one has been out of her or her progeny.
Click to expand...

So no serious issues yet with this pair. I tried to force a latch just now. Had my brother steady her head and somewhat restrained her hind legs. Baby did not want to latch on her own so I stuck my finger in her mouth and opened nicely as I could and put her on the teet. She licked a bit but no real latch. Would just lay there panting. I think it was too stressful for baby but Onyx did fine. I’m thinking maybe I need to wash my hands good and wash Onyx’s udder down. Maybe I got carried away with the Vick’s and the baby might be turned off by the taste... I will try again in a bit. This baby is very vigorous so if the pairing fails and I have to bottle feed at least I can milk Onyx for her. I wasn’t very fond of Onyx’s milk. Not very rich and creamy like my goats and a bit salty/grassy. 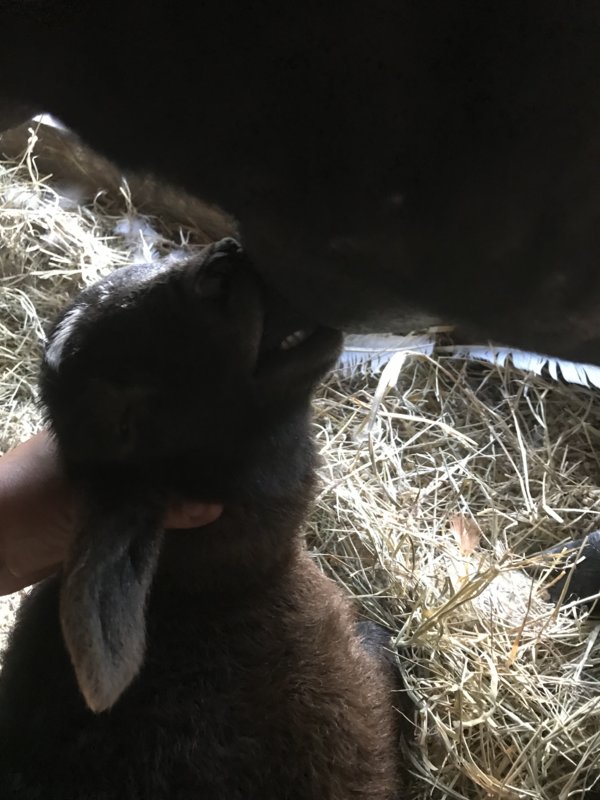 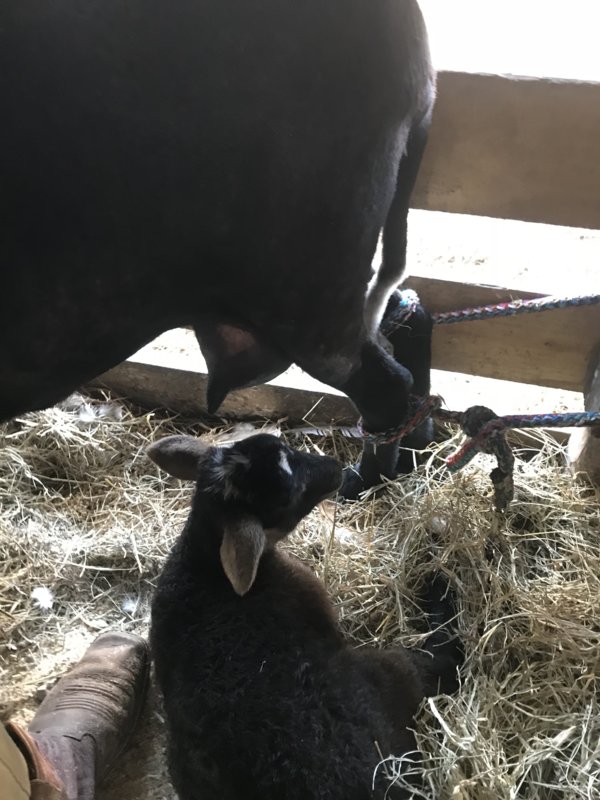 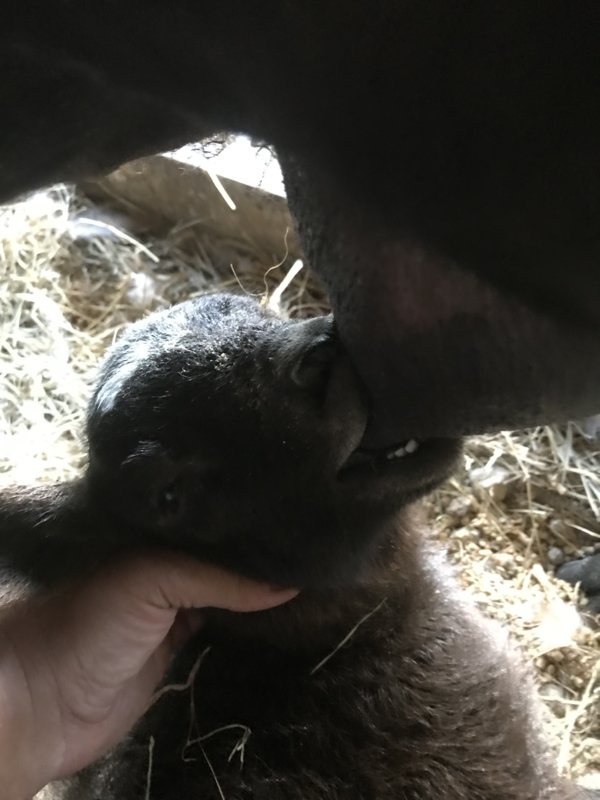 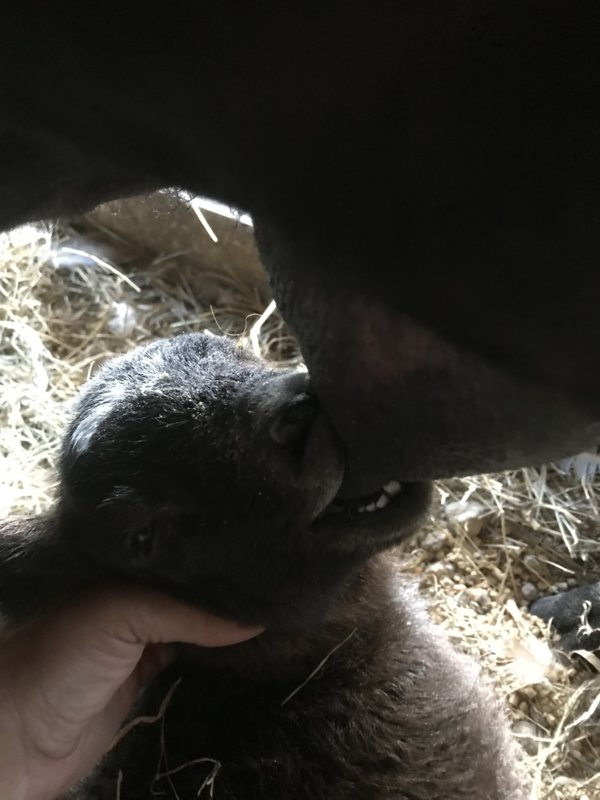 Did you try tickling the baby's butt/hip (top of butt between hip and tail) when you were trying to get her to latch on? That seems to stimulate baby goats to root. Don't know if it works for sheep.

frustratedearthmother said:
Did you try tickling the baby's butt/hip (top of butt between hip and tail) when you were trying to get her to latch on? That seems to stimulate baby goats to root. Don't know if it works for sheep.

I washed off all of the Vick’s scent from my hands and Onyx’s udder. I tried to get the baby to latch with no success. I just so happened to check this thread and saw your post. I was lost for a second but figured I had to try everything. So I got a bunch of attempts at nursing. They were brief but she did latch multiple times. I let her rest a bit in between because she still seemed stressed. She even latched on on her own during the breaks TWICE!!! I don’t know if I was tickling the right spot I was all over the place with my tickling.

Nothing a good hand wash won’t fix. I counted and the longest latches lasted about 20 Mississippi’s each. There were other shorter latches. We were even able to let go of Onyx’s head while baby nursed. I know that not enough for great nutrition but I think it’s a start. I think I’ll get her weight now so I can get a better idea of how things are going as the days pass. What do you think. 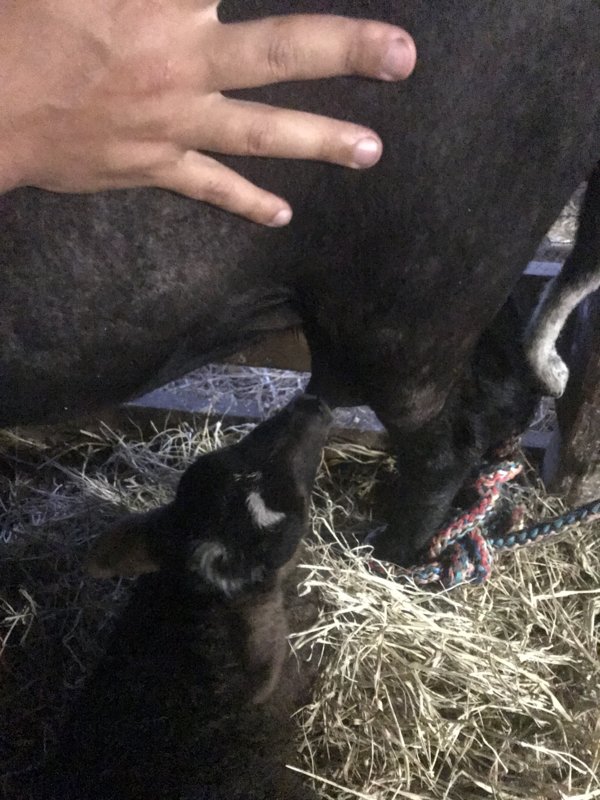 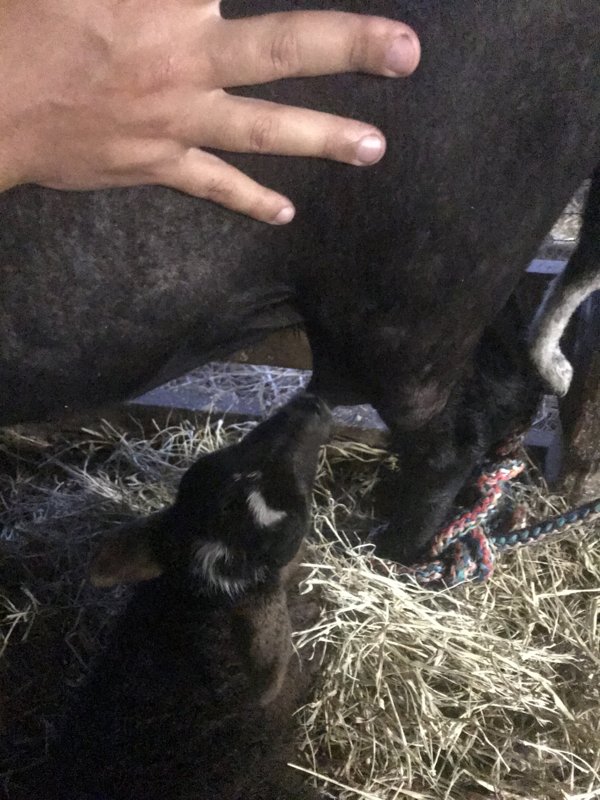 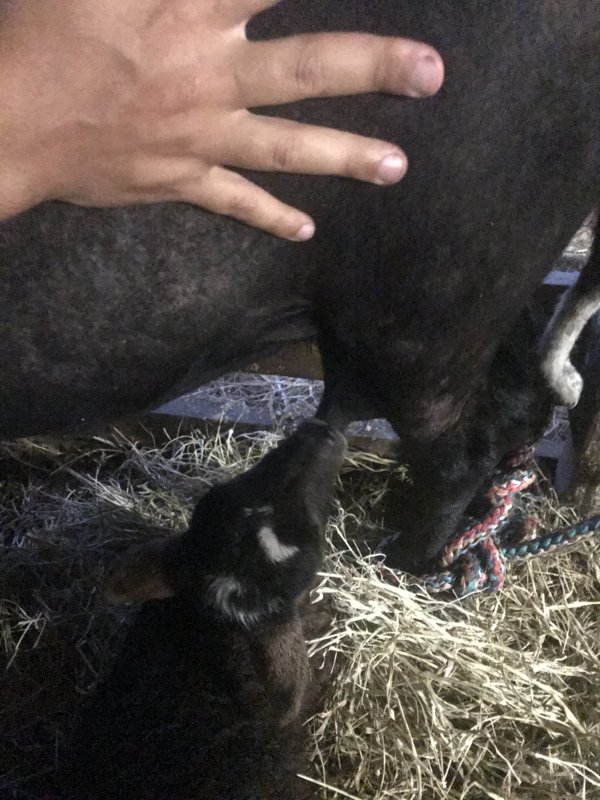 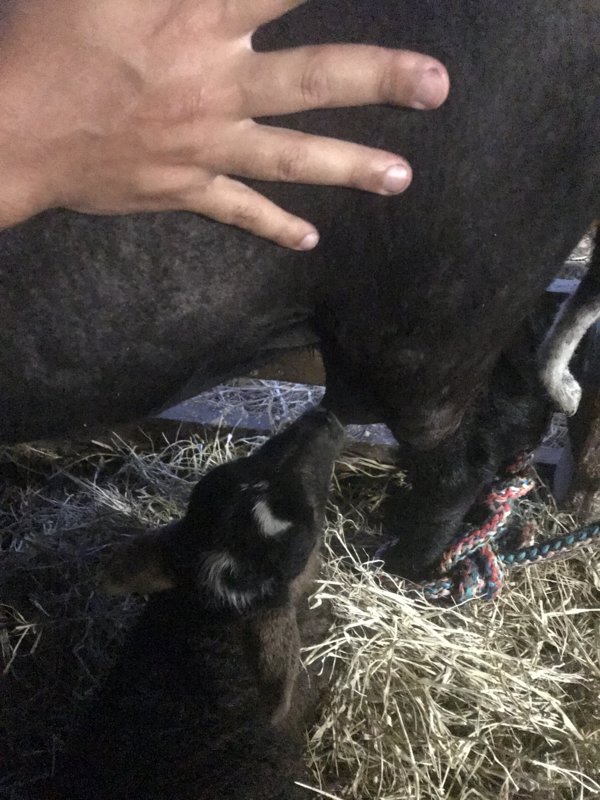 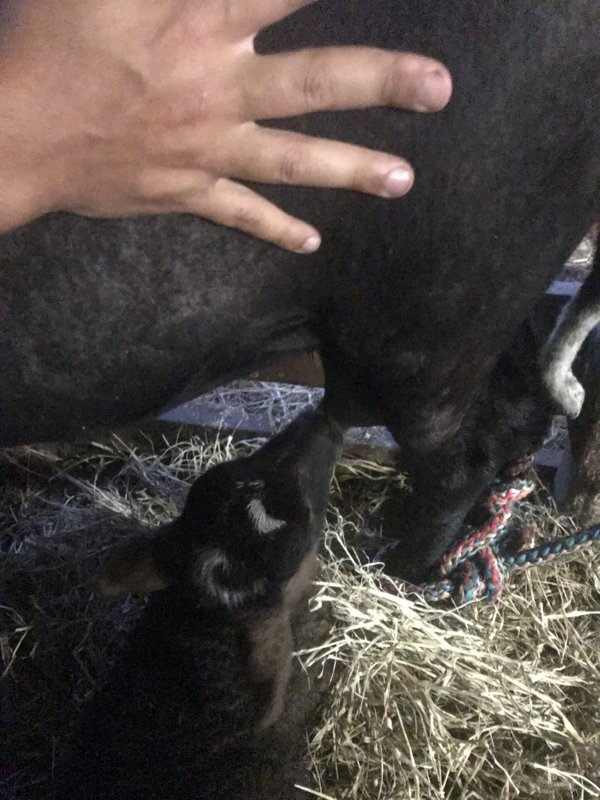 Yay! It looks like a latch-match to me! Don't worry about posting lots of pictures, we all love pictures. Onyx looks like she will take this baby as her own.

Woo Hoo! Well, I mighta shoulda said you tickle the hairy top of her hip - or even the tail itself. I don't go touching them other places, lol!! It works on the theory that mama always reaches around and nuzzles their butt when they nurse. For whatever reason I've had luck with it any time I try to get a baby to latch on!

Glad it seems to be working and that Onyx might just make a wonderful adoptive mama!
N

Yay! That's so cool! I've just lived through a goat who tries to kill everyone else's babies, so nice to see this can be done in friendlier animals (she goes to her new home tomorrow BTW).

And also, she's gorgeous. I think I love katahdins.

Beautiful pictures, and Oh. So. Sweet. Go baby go, and what a wonderful momma Onyx seems to be!

NH Homesteader said:
Yay! That's so cool! I've just lived through a goat who tries to kill everyone else's babies, so nice to see this can be done in friendlier animals (she goes to her new home tomorrow BTW).

And also, she's gorgeous. I think I love katahdins.
Click to expand...

You know I seem to have the best luck picking my animals. My little Kathadin heard, my Nigerian dwarf heard and my mini donkeys all hang out together. My Jack does no want human interaction but he is great with the other animals. The Kathadins tend to be a bit shy but I have not had an issue with handling them or their babies. The goats are supper nosy but so sweet. My four girls delivered between the 1 and 2nd of January and they were all happy letting any of the babies nurse off of them except for the heard queen she would not let the others nurse of of her. Onyx likes to stop her foot at you when you approach but it’s all for show she’s a sweet girl. I love my little heard.

So glad to see the little one figured things out

Don't worry about posting "too many" pics, we love pics here!