"You can use this custard recipe in a great variety of ways. It's excellent for a trifle, or for a fool made with whatever fruit is available." FOOL? I had to google this. Found this bit at Epicurious.

"At the mention of this British dessert, my mind races through the various references to fools, from the fool that accompanied King Lear on his journey across the howling heath, to the modern question "What kind of fool are you?" But the name of this delicate dessert actually comes from the French word fouler, meaning to press or crush, referring to the crushed fruits that are gently folded into thick cream. It is this simplicity that makes the dish shine. And as the British fool, I get to choose the berries and sing "here we go round the mulberry bush" as I dish up!" 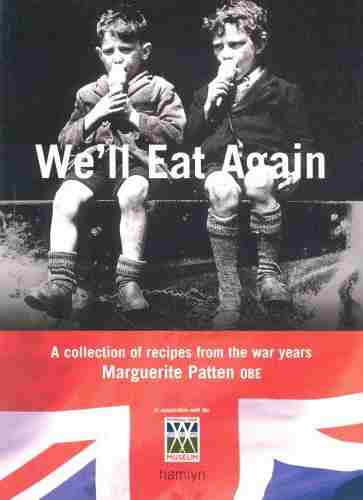 Dropped Scones recipes from this cookbook:

Grease and heat a heavy frying pan, electric solid hotplate or griddle. To test if the right heat, drop on a teaspoon of batter, this should turn a golden brown on the bottom in 1 minute. Put the mixture in tablespoons on to the plate and leave until the top surface is covered with bubbles then turn and cook on the second side. The scones are cooked when quite firm.

Rub 2 oz mashed potato into 4 oz flour and ¼ teaspoon salt. Make into a stiff batter with half a beaten egg and ¼ pint milk. Allow to stand for a time. Sift in the small teaspoon of cream of tartar and a small level teaspoon of bicarbonate of soda and ½ oz sugar just before cooking. Cook in spoonfuls – as for Drop Scones – on a greased griddle or in a heavy frying pan. Serve with a little hot jam.

Sift 6 oz plain flour, 2 level teaspoon baking powder and ½ tsp salt into a basin. Mix thoroughly with 4 oz mashed potato. Rub in 2 oz fat with the tips of the fingers. Blend to a soft dough with ½ teacup strong, milky, sweetened coffee. Roll out to ½ inch thickness on a floured board and cut into rounds. Glaze the tips with a little milk. Bake on greased baking sheets in a hot over for 15 minutes.

The Queen liked scones, as well. 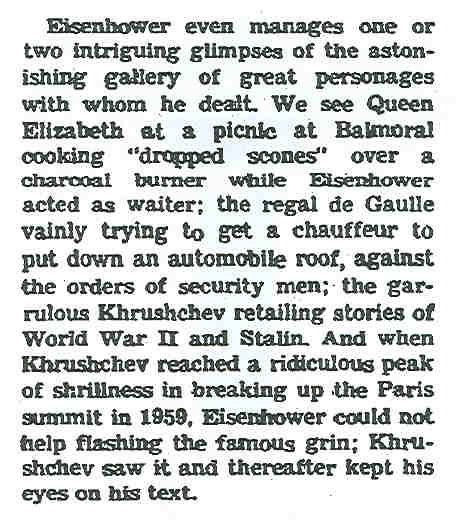 The 'fish stock' caught my eye.

"Curious as to what (during rationing in WW2) people slathered their spuds in, I delved into ‘Feeding the Nation’ by Marguerite Patten OBE. Heinz Salad Cream became a wartime favourite like any convenience food was often in limited supply so many of the ration book recipes called for making homemade dressings which tried to replicate salad cream or mayonnaise.

Quite frankly they were all quite bland but palatable nevertheless especially if a spoonful of salad cream was added to the mixture to give it a boost.

I used the below recipe for ‘Dutch Sauce’, I halved the quantities and still made enough sauce for a large potato salad for 3 or 4. I also added in a spoonful of salad cream afterwards and despite my best efforts at spicing it up in a way I thought might be authentic, it was still rather bland. The chopped spring onions, chopped chives sprinkled over the top and extra salt and pepper helped."

Method
Boil vinegar and and pour it over the sugar in a saucepan and stir until dissolved
When cooled add chopped mint and stir
Add to clean jar, will keep in fridge for several months.

The author said it was a sweet, minty sauce with a hint of apple. She used it on vegetables.

"British Restaurants were communal kitchens created during the Second World War, and were mainly set up to ensure communities and people who had run out of rationing coupons were still able to eat. However, in large towns and cities they became invaluable for office workers as well as all the home-front forces and volunteers, a communal canteen where people could go to for a three course hot meal that cost between 6d and 9d. (That’s 2 1/2 pence and about 4 pence in today’s money) The British Restaurants provided soup, a main course and a pudding, and although the quality may not have been there, as the volunteer cooks struggled to work with what was available, my mum and dad remember that you were very grateful for a hot meal, and three course at that. They were set up by the Ministry of Food and run by local committees on a non-profit making basis. Meals were purchased for a set maximum price of 9d, although I have discovered through some research that 6d could also buy you a meal. And, no-one could be served with a meal of more than one serving of meat, game, poultry, fish, eggs, or cheese."

"...One bonus in the wartime kitchen was offal as it was not rationed; now, I am NOT a big lover of offal, an early bad experience with liver has put me off for life, but, I DO like black pudding, and yes, I DO know what the core ingredients are in this black sausage. It would have been very likely that at this time of the year, when Pig Clubs would be slaughtering their pigs in readiness for Christmas and the winter months, that some nice black pudding would become available and don’t forget I have eggs to barter with too! So, I was able to purchase some black pudding, only 8 ounces (225g) and I decided to make a hearty hot-pot with it, from a recipe by Marguerite Patten and The Victory Cookbook."

Black Pudding Hot Pot
Step 1 Arrange a slice of potatoes in a greased casserole, then a layer of black pudding and carrots.
Step 2 Blend the onion and sage, sprinkle half into the casserole. Add another layer of carrots then the black pudding and chopped onion and sage. End with a layer of sliced potatoes.
Step 3 Blend the flour, gravy powder and water together in a pan ans stir over heat until thickened. Season to taste with salt and pepper.
Step 4 Pour the gravy over the ingredients in the casserole and cover with a lid. Bake in a pre-heated oven 180C/350F/Gas Mark 4 for 1 hour.