I found a deal on a huge boar. His name is Wilbur and he is a Red Wattle. He got too big to breed their sows, so he went up for sale. The lady who owned him couldn’t put him in the freezer, he was her first pig and a pet. He is very calm and gentle. But she became afraid of Wilbur because he wanted to rub on her, affectionately, but because of his size, it was dangerous.

We picked him up today. I took boiled eggs and he walked up in the trailer to eat them. We unloaded him and he walked around his new pen. 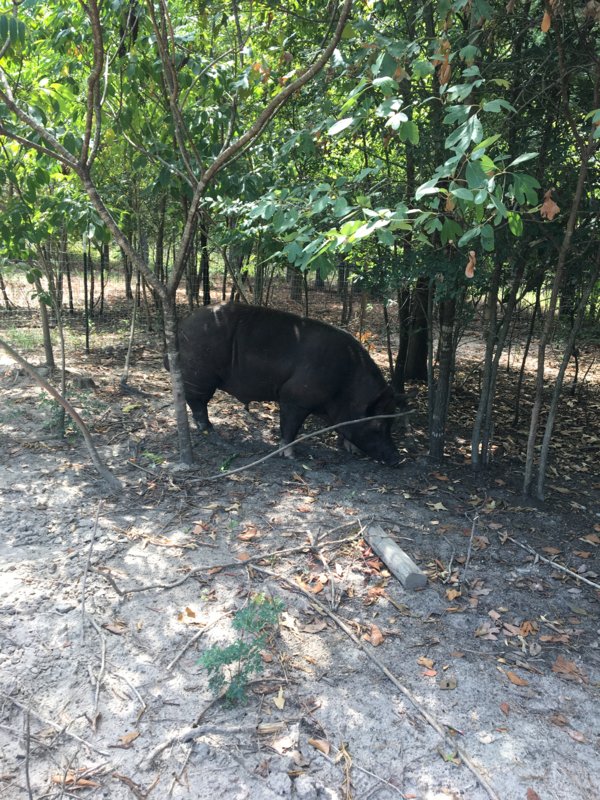 He went in the Pig Palace and ate corn. 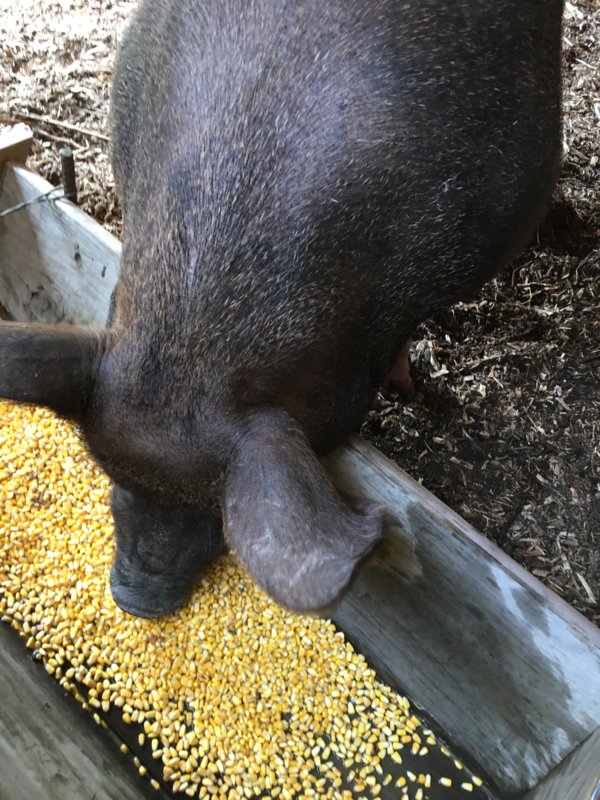 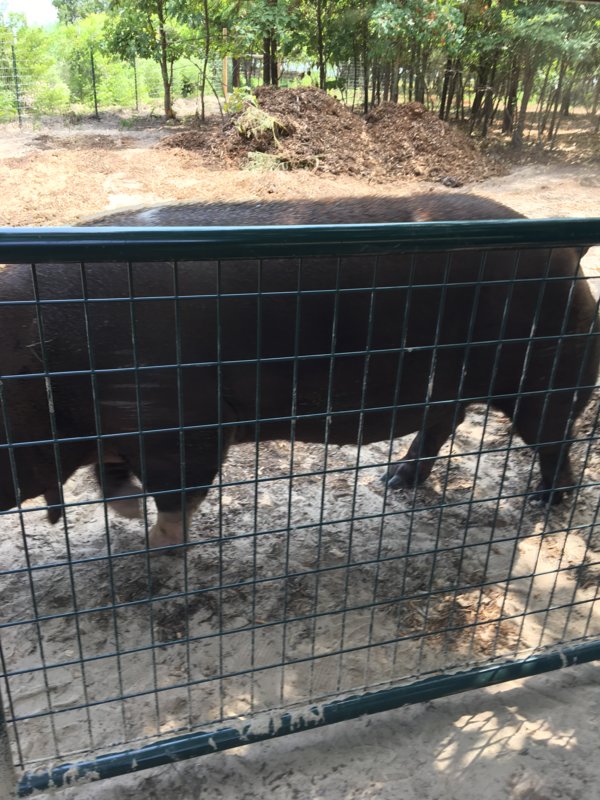 Wilbur is a BIG boy! 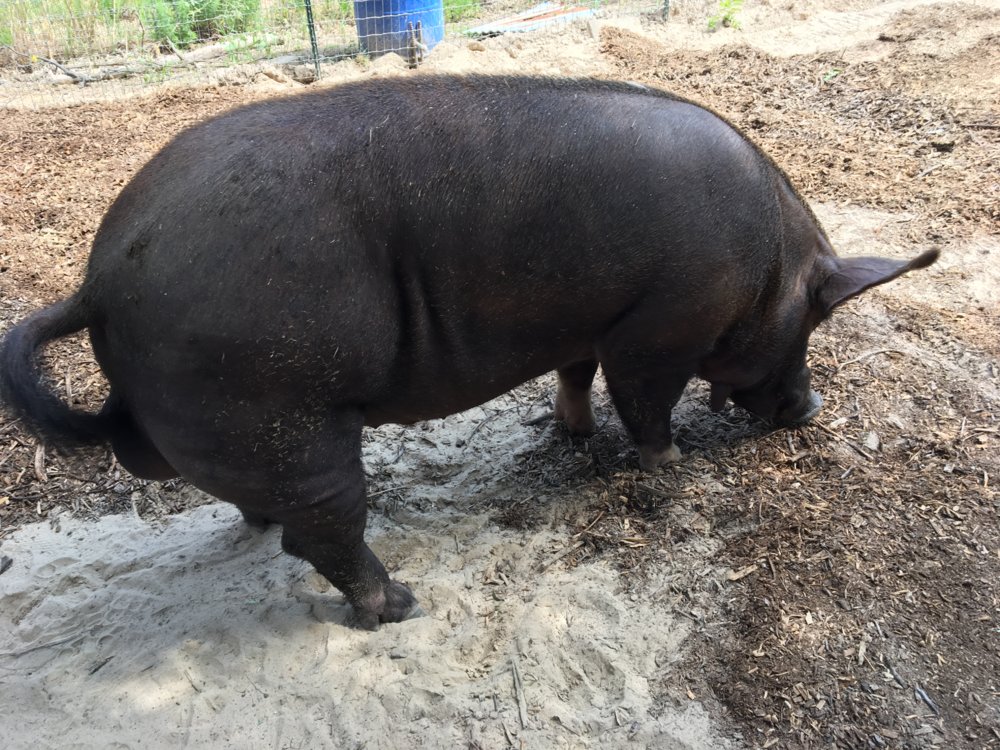 We’ll feed him soured corn, milk, alfalfa cubes and hay for 4-6 weeks, then take him to slaughter.

He is beautiful!! Shame he outgrew his first job...but I'll bet he'll be awesome at his second one, lol!

You see the shoulders on this guy? HUGE! That will make some nice pork roasts! I swear, we could saddle him up and ride him!
M

Actually a nice looking hog! Yep, there are some huge hams & shoulders there .

About 50 yrs ago (!!!) I had one that large. Had traded something for him (piglet) and couple turkeys. Anyway, he was kind and friendly. Henry grew and grew, a big reddish brown hog. We arranged to have him processed and butcher asked weight -- I guessed 300#. When I picked him up he says "he was just over 500# and almost broke my machine" It was some goooood pork!!! Yep, a boar. Never used as I had no sows

Are you planning to keep or sell?

Wow, that is a nice pig! I remember a number of years ago visiting the "pig farm" at the informal settlement outside our town in S.A. where the blacks kept their pigs. There were two pigs that took my breath away, they were so big! I can't tell you more than they were white and they must've weighed in at around 700 lbs plus. Each. Ridiculously huge animals. The biggest one I ever sent to butcher's hanging weight (minus head, trotters and all organs) was exactly 100kg (220.462 lbs)

Going to keep him 4-6 weeks, Feed him good and take him to slaughter. This morning he was chewing a dry goatweed. NOTHING eats goatweed. Poor thing just wanted something green. So I dug him a huge clump of grass and DH tossed it over the gate. Happy hog. 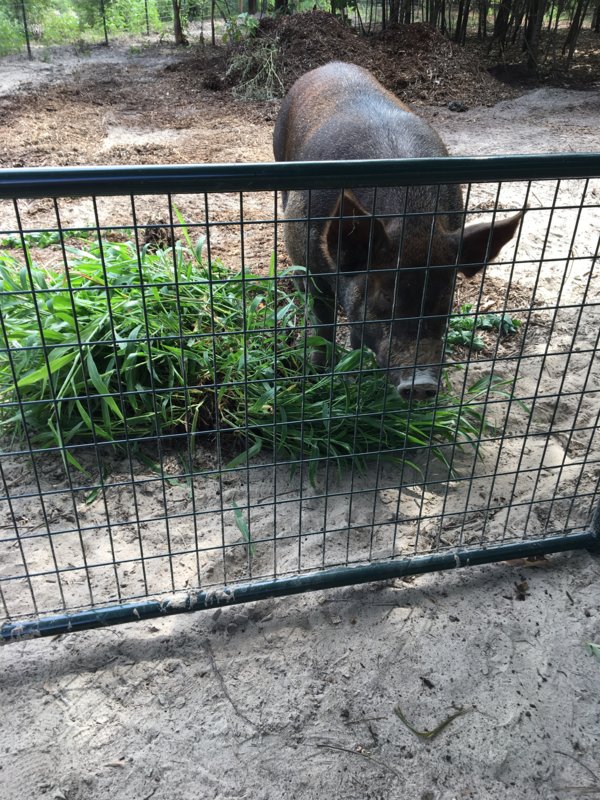 Aww, he does look happy now!

That's great! A happy pig is a tasty pig!

Should be glorious hams

I have a gate! Since we built the new pig pen and Pig Palace, I have had a ladder to go over the fence to feed the pigs. That. Got. Old.

My husband and our neighbor put a gate in for me so now I can just walk through to get to the pig pen! Whoop! That sure has made it a LOT easier for me! 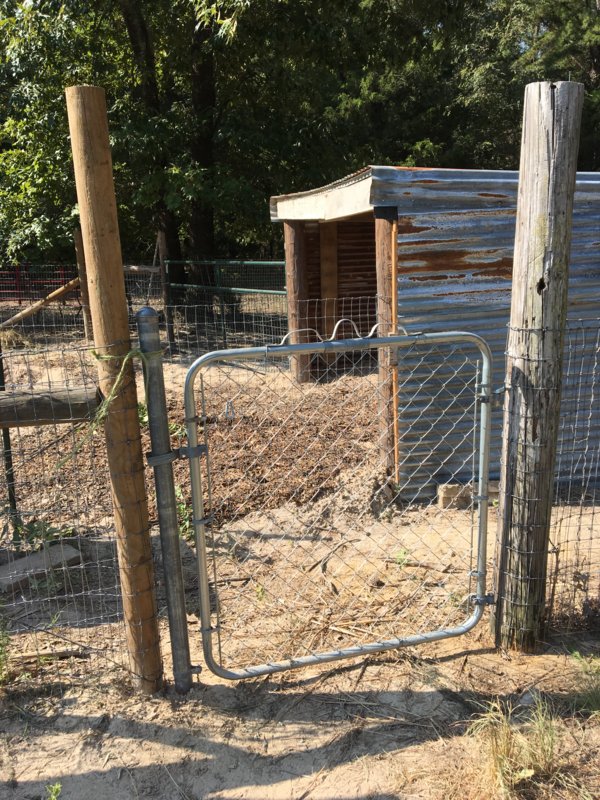