Daffodils At The Sea

A really bright day is a problem? Damn, I need one of those!

(As per the DH) Without more info it's hard to say. I don't know if you listed things like fuse sizes or wire gauge, voltage drop, etc earlier in the thread. But hot and bright shouldn't be a problem for solar panels. (Bright and cool increase output generally.)

The wire and fusing should be rated at 1.25 the maximum output of all the inverters. Weather conditions can't make the inverter exceed its maximum output. This problem is on the AC side somewhere. If you just put in bigger fuses, make sure the wire size is big enough.

Congratulations on getting the system set up and operating, Nifty. (Yes, I realize I'm a bit late expressing this... the thread is already long.)

We have fairly cheap hydro-electric power in my region. But I've often wished we were generating power on our homestead some way. This area is pretty far north, so the sun angle and the hours of direct sunlight in winter are low... plus we get a fair number of hazy or cloudy days during the spring through autumn months.

That and the fact that the investment in the equipment itself often has a long payback period, wherever you're located.

Wind is undependable here. Winds are rarely very strong, and most of the time the air is fairly still.

Micro-hydro on a creek is a possibility on a few homesteads in my valley, but not ours.

Anyhow, I've been reading and thinking of the possibilities for the "renewable" sources of energy for a long, long time. I'm sort of a fan sitting in the grandstands, I suppose.

Best of luck with your system, Nifty (and to anyone else who has put something in place on their homestead or urban/suburban home).

Thanks @Joel_BC !!! I've been very happy with our purchase and now that we're on the "E-6" rate (time-of-use plan) we can sell power to PG&E for high rates during the middle of the day and then buyback power when it's cheaper. We work hard in the house to wait to do laundry, dishwasher, etc. until the "off-peak" hours so we have even more excess power to sell back. 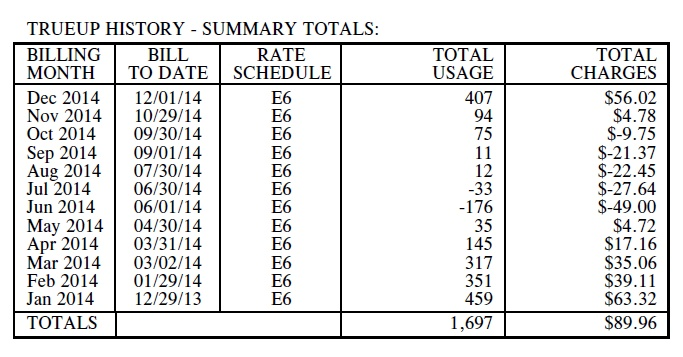 ... and here's our chart for PG&E E6 usage times that I have posted on our washing machine to remind my wife: 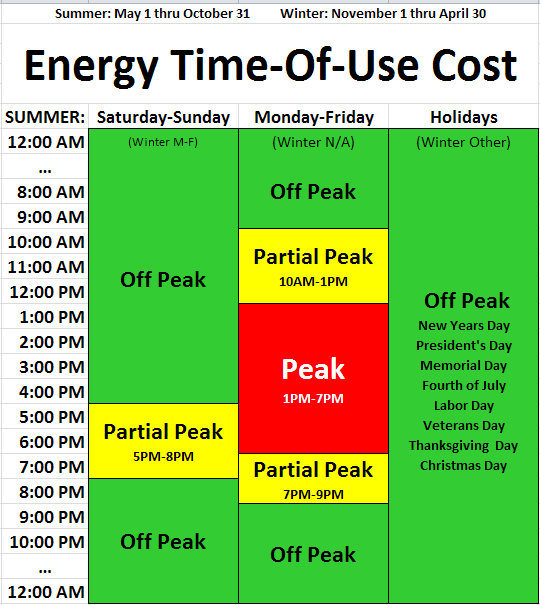 I want to figure solar out a little here and there. It does seem overwhelming to me.
I just got a solar powered gate, just today installed.
Years ago, we got prices on solar panels and spoke with a man with a local company and he tried to get us started with a hot water heater, which at that time was $6,000. Well, I was playing around a few nights ago and looked at this thread some, so I went on Amazon and found water heaters for $1,400. Not sure it would be the same as what was quoted to me years back, but usually things do go down in price after a few years.
I would like to imagine that I can cancel out some of my grid needs.

I'd love to go solar. Our house faces south and I think we could supply all the electric we need. But hubby doesn't want to do it.

Maybe you can sneak small project in.....not take the plunge but chop your electricity needs just a bit. I want to replace my refrigerator with a gas/propane one because I am a little less intimidated by the idea of methane than solar. The basics get in my brain faster.
You must log in or register to reply here.
Share:
Facebook Twitter Reddit Pinterest Tumblr WhatsApp Email Link