A few years ago I was at a wedding reception in Wisconsin with my wife. They had a beer on tap called Spotted Cow by a local micro brewery named New Glarus. It was a really good flavored beer that I enjoyed very much.

Apperantly spotted cow is only available in Wisconsin. My son happened upon the recipe for me. I scaled it down into a 6 gallon batch the best I could.

The recipe calls for a little flaked yellow corn. But I've been waiting for an opportunity to brew a beer with a little of my Indian flour corn. So assuming my math is correct this is my take on a spotted cow clone. I'm calling it Spotted Lamb because of the Indian flour corn substitute. 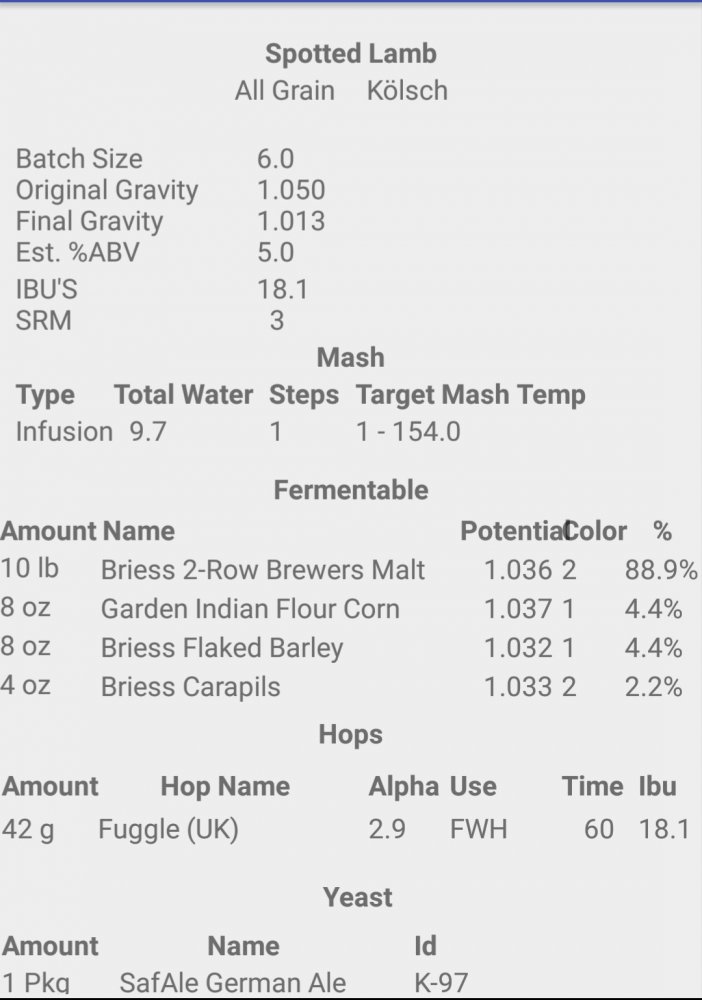 Hopefully it should turn out to a SRM of 3~4 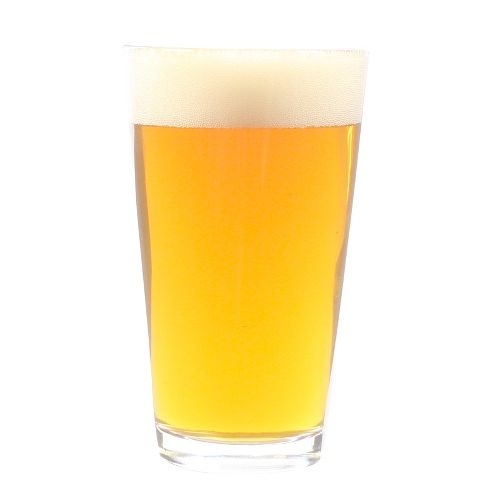 None of that makes any sense to me, but you know what you are doing!

Spotted Cow is a very popular beer in Wisconsin. We have some in our fridge right now. My DH says that the is a local micro-brewery that makes a clone of Spotted Cow that they call Striped Goat , lol.

wyoDreamer said:
Spotted Cow is a very popular beer in Wisconsin. We have some in our fridge right now. My DH says that the is a local micro-brewery that makes a clone of Spotted Cow that they call Striped Goat , lol.
Click to expand...

Yep I've heard of clones called striped goat, specked heffer and many others. Spotted cow is a good brew and the recipe don't look hard at all.

Interesting but I recall spotted cow being lighter in color than the picture from the brewery. Maybe since they can only brew so much at a time, batches vary a little here or there - IDK... But this pour looks quite a few shades darker, than what I remember drinking. 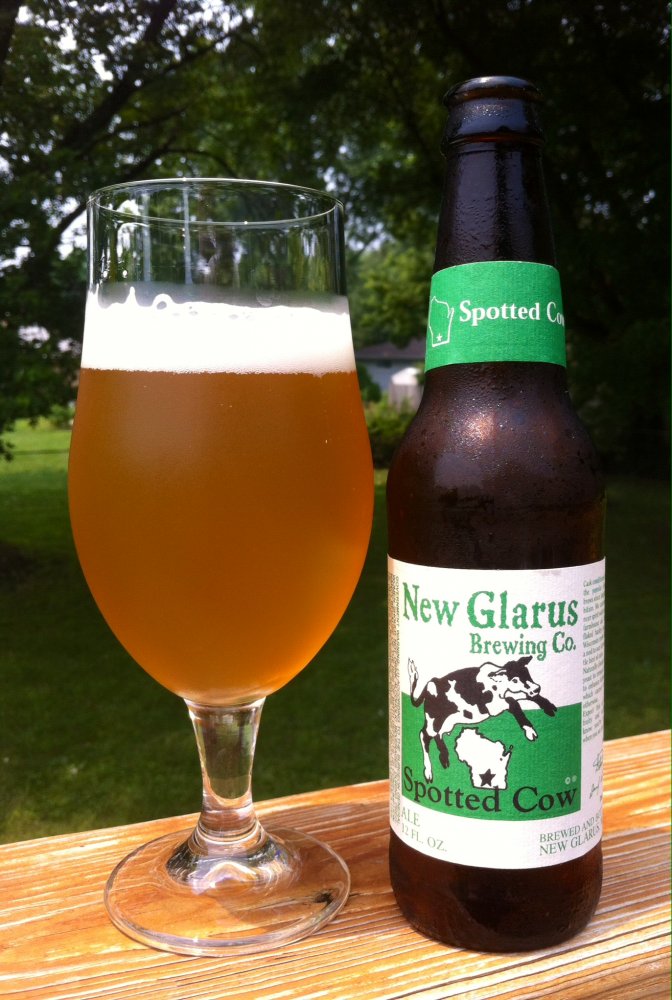 Here's another picture and is pretty much spot on to what I recall. 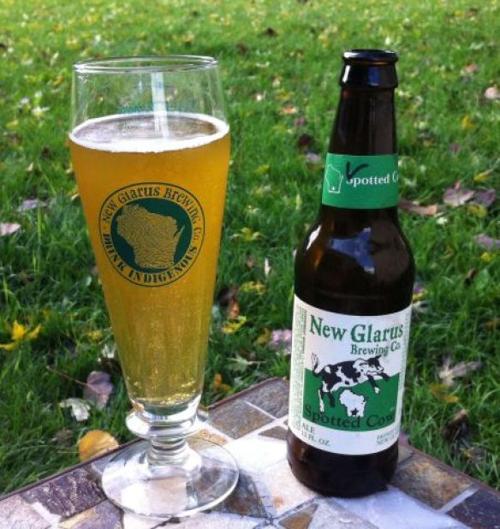 I've looked at so many spotted cow clone recipes my brain hurts. There are a lot out there on the internet. And you guessed it the are all a little different.

I ran across this article called the History of Spotted Cow by the master brewer of New Glarus Brewing Co. It's very interesting... you should read it.

in the article it explains how the beer has changed due to the GMO corn scare. So Spotted cow of today does not contain any corn at all. That would explain the difference in the two pictures of the beer I posted. Ah ha... One question answered . The article also goes on to say the "original recipe" contained as much as 10% corn. And from what I remember I really enjoyed the subtle taste of corn so I want to keep that in as an ingredient. After further study I also discovered that the "new version" of the recipe contains white wheat and I do believe that is what is used to replace the corn.

also, from the article in quotes

"As for what makes up Spotted Cow, it’s a blend of Pilsner malt, white wheat, and caramel malt. The water comes from a well on the brewery property and has a hard character to it. Hops are the finest Saaz he can get during selection each year in Europe, and it’s fermented with a German ale yeast."

now we are getting somewhere... and it's no wonder why I liked this brew so much. It has German Style roots and brewed with German Saaz hops, which I really like. Plus.Gwrman Ale yeast which I also enjoy.

Along with the slight corn flavor, I also recall it had a slight bread tasting note. I know what that malt is that makes that bread flavor, it called carapils. It's a modified pilsen malt that contains some amount of dextrin. Dextrin is non-fermentable starch, has a bread like flavor and is responsible for a long lasting foamy head, when you pour a glass of beer that contains the malt. It also slightly thickens the beer and is fully adjustable by how much you add to the grain bill. Purists will never use the "deaded carapils/dextrin malt" and they would fall out of their chair at the mention of adding corn to the grain bill. But this is adjunct brew, so I'm cool with using a little carapils and corn.

The last thing I remember about drinking from the spotted cow keg was the awesome balance of barley flavor along with the corn flavor. I suspect that barley was removed from the original recipe and replaced with caramel malt when they removed the corn and replace it with white wheat. But I'm shooting for the original recipe so I'll add equal amounts of flaked barley and my garden Indian flour corn, which is completely non-GMO .

i'm still tweaking the recipe and will post an expeimental version when I'm done. But I got a good handle on the ingredients for the grain bill, hops and yeast now I'll give this brew my best shot and hope it comes out good.

I hope that this brew turns out like you hope it will!
You sure do have fun with these recipes and beer "deconstruction".

wyoDreamer said:
I hope that this brew turns out like you hope it will!
You sure do have fun with these recipes and beer "deconstruction".
Click to expand...

I really do like deconstruction of beer, it requires use of all my senses.

I finalized the recipe. It's strictly an experimental beer and highly subject to change/refinment. I think this will make a good thirst quenching brew for summer, but I won't know until I brew it, then we shall see...

I decided to go with a old trusty work horse dual purpose Cluster hops. To highlight them, I put in three kettle additions (bittering, flavoring and aroma). To keep the bitterness in check. The bittering addition will be added @ 45 minutes left to boil, instead of normally at 60 minutes.

I decided to call this one Spotted Lamb Homestead Ale to celebrate all the hard work and rewards that goes into homesteading.

It should be easy drinking, have a slight cornbread and barley flavor, with well a ballanced sweet vs bitter semi cloudy body. And it should pour with a semi thick persistent creamy white foam head. 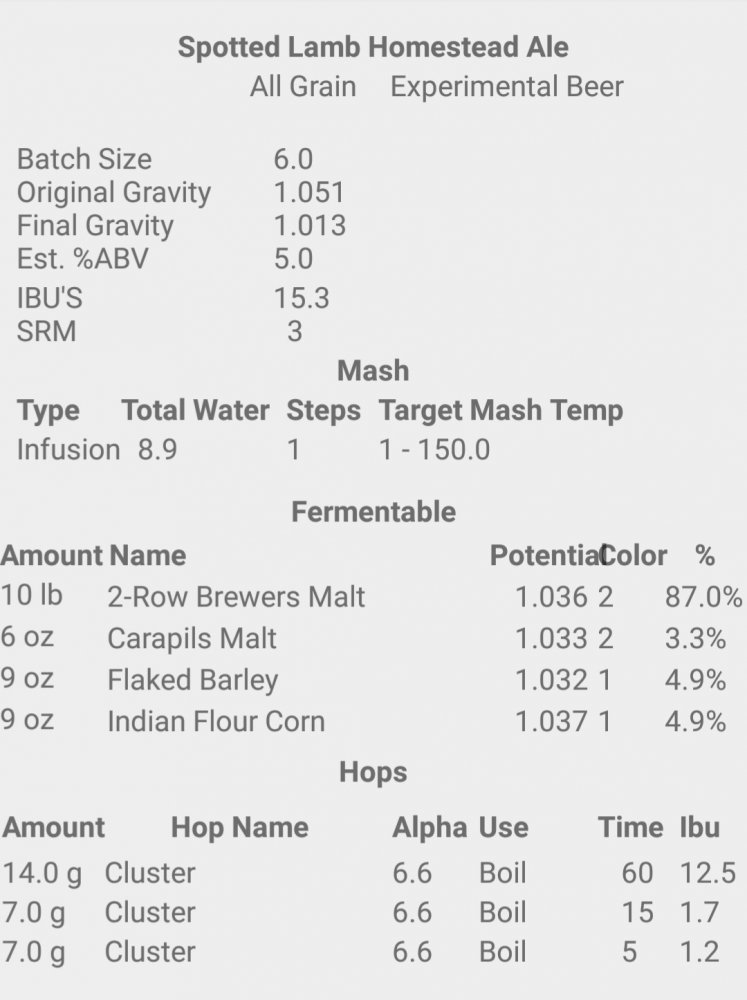 Well wiah me luck... My malts came in today and I still need to grind 9 ounces of my Indian flour corn to complete the grain bill.

I plan on brewing up a 6 gallon batch on Saturday. This will be my first attempt at an adjunct brew. Up until now I've been a purest snob. I'll post the final brewed recipe after I brew it.

The dual purpose Cluster hops I received have a slightly higher alpha acid content, so I may have to tweak the recipe a little bit. I usually tweak to on the fly and according to how the wort tastes when it's brewing. I guess you could call me a spoon sipper. 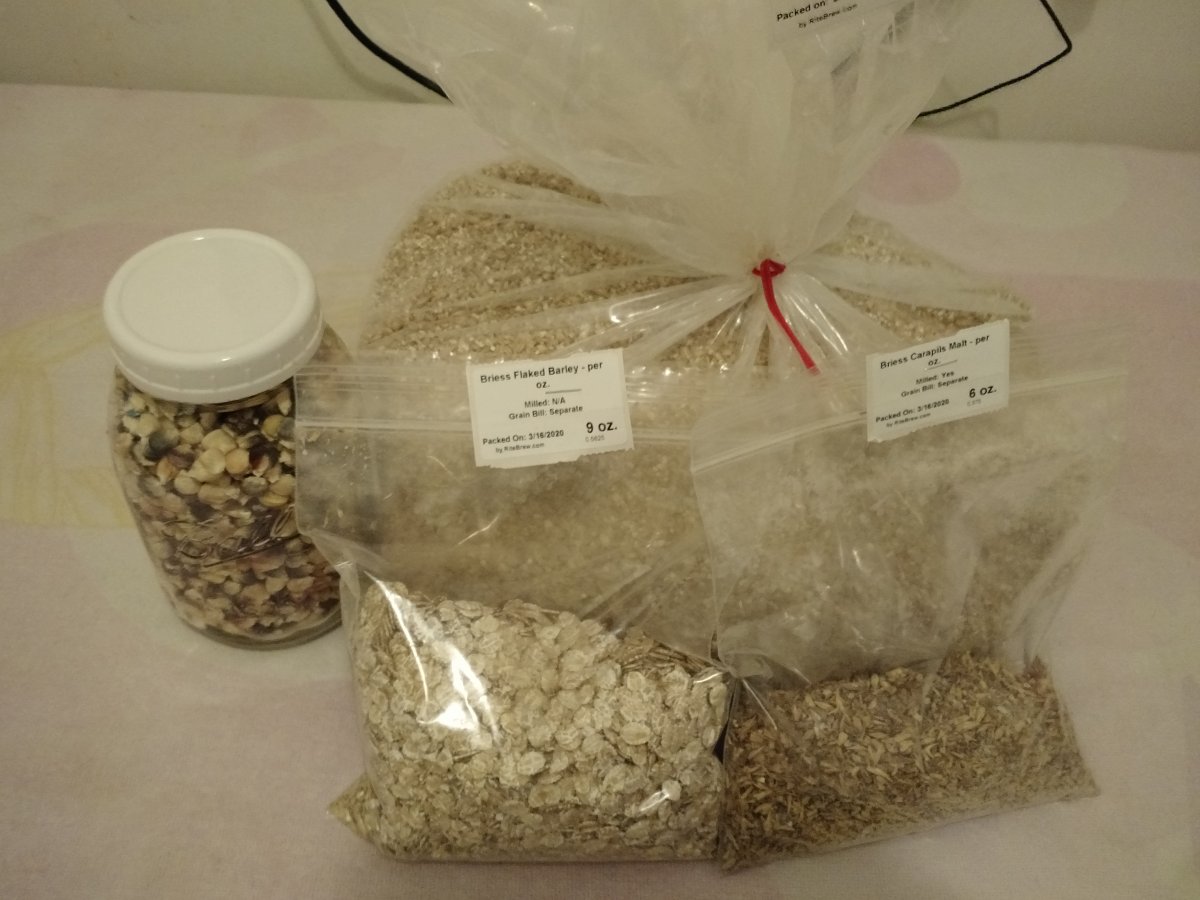