What did you do in your orchard today?

Mother in law asked me to swing by and spray her 3 peach trees. Such a shame, the trees covered up in peaches but the stink bugs already in the little peaches.

I walked out there with my sprayer and saw the peaches grabbed one and came back. She said that was quick? I said it's to late and showed her this small peach, I plucked off the tree with sticky ooze coming out of it. 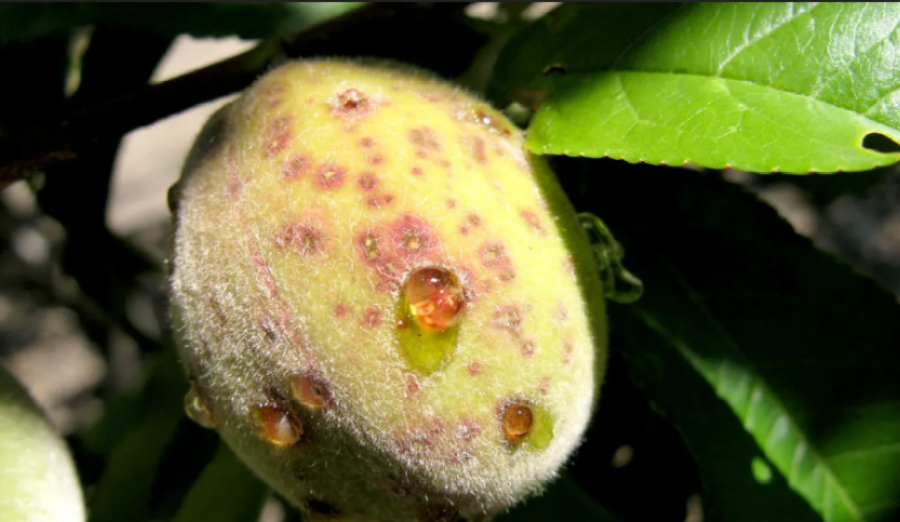 She said what is that? I said that is called a catface bug, there are multiple kinds of bugs called catface, but in your case it's most definitely stink bugs. And also looks like the trees got hit with brown spot. Numerous insects are pests on peach trees in South Carolina. They cause damage to the peach flowers, fruit, twigs, limbs, and trunk. Some of the most...

Then I told her, that she either needs to spray the trees herself or call me when the pedals drop next spring and before the leafs set. That's when the trees should be sprayed. So not kill any honey bees because they are very important also, there's a tight window for the first spraying.

But I think I'll go ahead and order some dormant oil for her trees and spray them real well after leaf drop and pray for them,. it's all I know to do at this point.

Like I said... It was such a shame to see this. There could have been multiple bushels of peaches to pick off those 3 trees, had they be cared for. But all the peaches are no good now. And if I did spray the trees the stink bugs would have just moved to something else if hers that they found tasty. Then it would be like playing a game of whack a mole.

BTW Tyty is having a sale - I think there's one day left. I ordered a couple more bareroot fruit trees (apple, plum and self pollinating apricot). Although I already know I'll need another variety of apricot to make a good harvest.


Buy Your Plants and Trees From Ty Ty Nursery

My currents have a leaf curl issue. I've been waiting for the rain to stop so I can spray them with neem oil. Looks like tomorrow is my day.

What's everyone use for spraying? Lots of options... I guess it's what's bugs and fungus are present in your area. I'm just starting out, so I picked up Bonide Orchard Spray, it seems very effective so far.

Controls a wide range of fungal diseases and insects on listed fruit, nuts, citrus, vegetables, ornamentals, houseplants, and lawns. Can be used up to the day before your harvest. One pint makes up to 6.4 gallons of finished spray. Truly effective and all-purpose.

I checked and watered my air layers this morning. I'm very happy my M111 rootstock air layers are rooting. I would like cut these loose from the host tree and get them potted in 1 gallon pots by mid July. So I can graft them sometime in August. 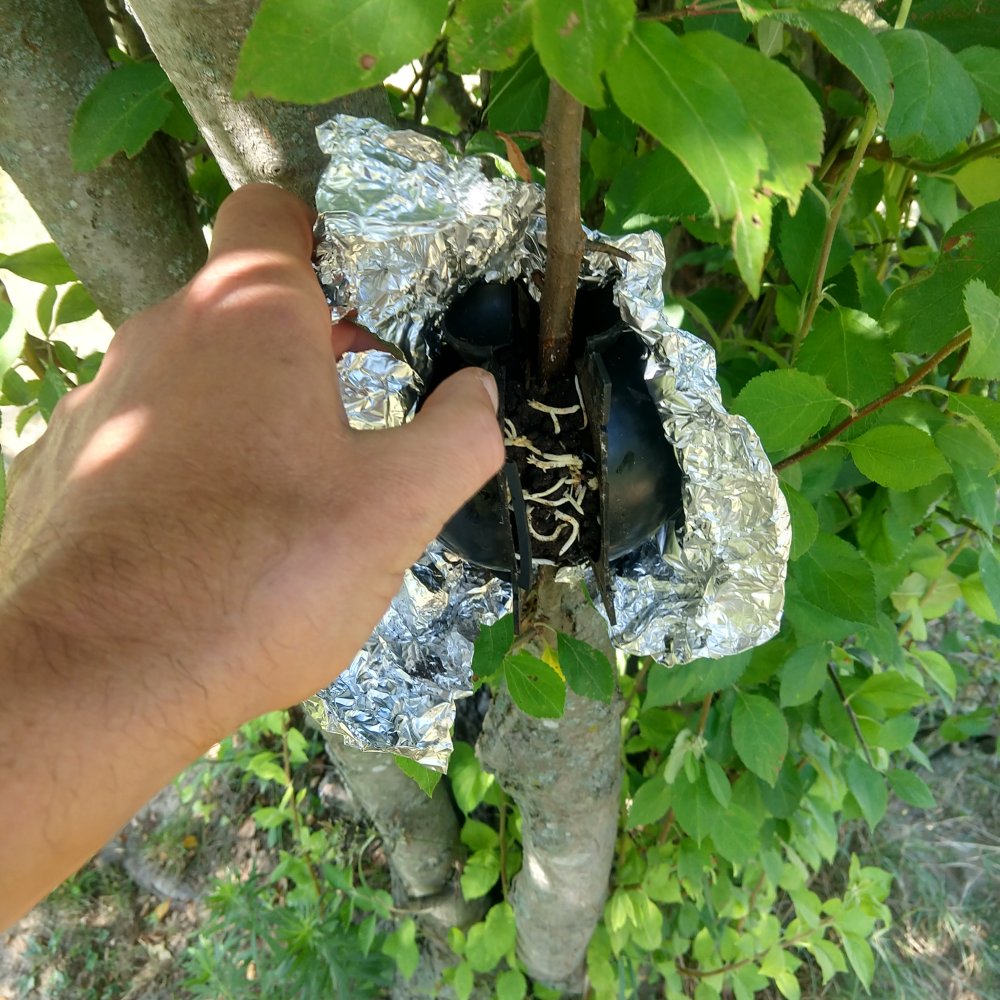 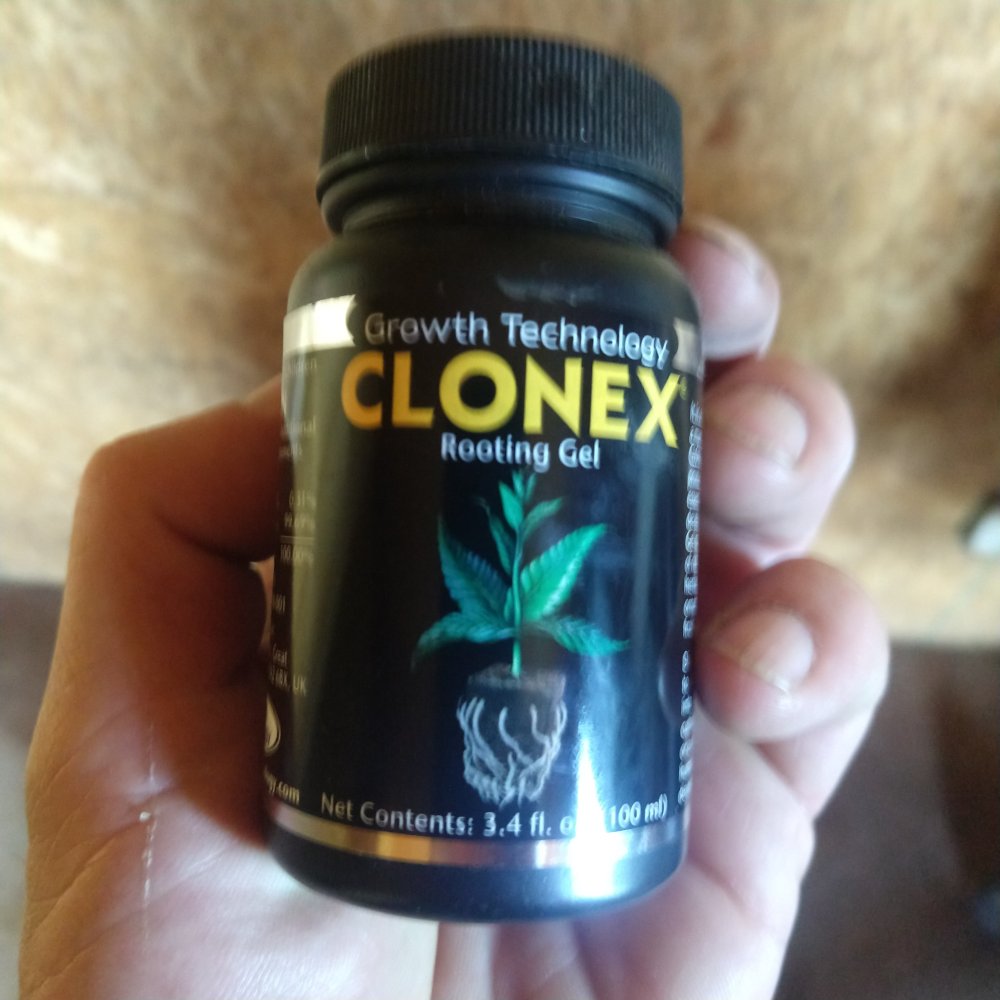 @Chic Rustler Hey CR, what do you use for root stimulator for trees? There lots of store bought products and some homemade ones, also.

Shortly after Hurricane Juan in 1985, I married my ex. After the waters finally went down I wanted a small orchard and I didn’t listen to advice. I planted apple trees and cherry trees. I also planted a few trees that actually love the Deep South. So call it 1986 when we planted all this stuff. So by the winter of 1989 we had a hard freeze…something that a Cajun might live to see 5 times in their life. Even the bayou froze. Everything died except the apple trees and cherry bushes. I even got a little fruit. Of course as time went they all began to suffer with floods, heat and such and I gave up on fighting my environment. I just stick with oranges, figs, pears and sometimes peaches. We have wild persimmon come up in the orchard at times. If one would start growing at a good location I would graft a bud from a good tree onto it.
So yeah my orchard….it still seems strange to refer to it as mine because my parents are the ones who cleared a spot in the woods and planted it. Momma must have really thought everything out perfectly because in the winter of 2018, I left for Oklahoma to go to DS’s graduation from basic training and we had 3 days where the temperature never got above freezing. I seriously thought I would come home and be lucky to have anything still alive but I lost nothing. The location, surrounded by trees, must have somehow protected the oranges. I had just sold the entire crop as kinda my own basic training. I needed something to keep me extremely busy so I wouldn’t be imagining what DS was going through and it was working in the orchard. For some reason others hadn’t made fruits so I reached out to local businesses to help me sell and they understood that I absolutely had to work, work, work…. That was the only year my family sold EVERYTHING!! And my father was alive to see it. I wish Momma was too. He passed a few weeks later. To this day if I miss my parents and I try to visit their graves I can’t feel them there. I go to the orchard. I want to live there. So one day I can come here and when I answer the question what did I plant in my orchard, I can say myself.

. Well as y’all all know Hurricane Ida messed me up bad but again the trees must have protected the orchard. It took us 3 days and one flat tire just to reach the orchard and I wish we had started sooner because the places that sell for me had a lot of business with all the repairs people were making on their homes. But we sold whatever the raccoons left us. It was messy but alive. I am trying to purchase all the surrounding property so I can either increase the size of the orchard or just do other forms of farming at the same location. The older I get the more I just want to simplify my life. All farming in one place. I will never exactly get rich with the orchard but I will also never starve and really I think I can always kill two birds with one stone. Let animals cut my grass etc…
You must log in or register to reply here.
Share:
Facebook Twitter Reddit Pinterest Tumblr WhatsApp Email Share Link