I suspect I had it in January. I had some sort of horrible respiratory virus with terrible coughing. It lasted over a month. DH wanted me to get antibody tested to see, but the testing wasnt available this spring. Maybe it was a different novel virus, but heck, maybe it was "the" coronavirus? Maybe it was a different coronavirus that gave me some immunity? IDK. I just never want to be that sick again. The fits of coughing so hard and long I couldnt breathe. There were moments I was thinking that this is how people die.

My big fear with COVID is post viral dysautonomia.

Ventured out today. Walmart was well stocked, with the exception of paper towels and TP. We are well stocked here at home with those. Included dry milk and powdered buttermilk. Got a few treats just to stash away.

Stopped by the grocery store, loaded up on bacon (on sale) and got a can of crab claw meat for $8, usually $15.

tortoise said:
The virus persists on plastic 72 hours versus <24 hours on paper and fabric. Plastic is not helpful with this virus.
Click to expand...

I refer to the single use plastic bags, the type people take home from the store but not out again except as rubbish. Carrying cloth bags through so many locations just never seemed all that hygienic to me, they touch the trolley and the conveyor belts, even public toilet floors. Much more exposure to the public spaces in general. I know a lot of cafes switched back to takeaway cups and refused to accept keep cups. I wonder if that will change back or not, eventually.

I was really sick, well before covid, with a number of issues and injuries, including pneumonia around 2015/2016 and the illnesses were a major reason for leaving the city. I have been ultra cautious since then and very, very much mistrust the medical system after my dealings with it. I have been in hospital enough to know how incompetent they are and don't want to end up there again. The trauma seems to get worse with time, the fear is certainly greater. I've not have any viral illness since and if the next one takes me out, then I am ok with that. As long as I never have to stay in a hospital again!!

tortoise said:
Uhm, except its increasing even more rapidly AFTER the election. How does that fit into plandemic?

COVID was found in tissue samples in Italy that had been taken in September 2019. It existed globally before China's outbreak and the pandemic. That doesnt jive with plandemic either.
Click to expand...

i'm not sure that study has been confirmed yet, but i'll be interested if it holds up.

if there was bloodwork done and saved they could probably find out now if it was that important to know.

@Daisy take elderberry syrup, it is anti viral. You can buy dried berries from Amazon. We pick fresh berries and I make the syrup for us. We take a tablespoon every day, if we start feeling off, we take 2 tablespoons 3-4 times a day.

flowerbug said:
i'm not sure that study has been confirmed yet, but i'll be interested if it holds up.
Click to expand...

I didnt save citations, but I think this was the second study. I think the first one looked at samples in Italy from November and the second was September. I'm curious what unfolds. Once the crisis is past I expect to see more of this kind of research popping up.

tortoise said:
I didnt save citations, but I think this was the second study. I think the first one looked at samples in Italy from November and the second was September. I'm curious what unfolds. Once the crisis is past I expect to see more of this kind of research popping up.

from what i've seen the virus is a mutation/combination of viruses found in bats in some area of China which is some distance from Wuhan. they've already found what i think are the precursors in the bats and they've found some indications that the virus(es) had been circulating in the population of people around those areas where the bats are at but it hadn't made the jump out of that area until whenever it got out.

how much of this is proven and factual v.s. anecdotal i haven't been able to verify and i haven't had the time the past few months.

i haven't followed the mink story at all other than feeling sad for those creatures. i'm not sure that the two viruses are the same or not and i'm not sure the mink virus spreads in people the same way it does in minks, etc. so i can't say anything about that other than i think if it were the COV-19 source we'd have likely already seen the virus get out and spread around and there would be traces of it in the blood supply and samples taken over the years. i'm not sure what of that kind of testing they're doing.

the mutations that make it nasty they think have been present for a number of years (via tracing the numbers of mutations and comparing them to what they think are the precursor virus(es)). they just hadn't gotten spread around to the right location where a large number of other people could be infected - but once it reached a major transportation hub all the constraints were removed.

sadly i don't think that China has been super cooperative in letting WHO or other researchers come in and help figure things out. i think given the reaction of many of the worlds countries i don't really find that unusual. i hope more becomes known in the future and it probably will. it will just take some time (and a less belligerent leader in our case).
Last edited: Nov 22, 2020

This virus is very similar to one that affects pet cats. (I cant recall the name but I know its very deadly in cats). So finding COVID in zoo cats was not terribly surprising.

I think the Wuhan / bat hypothesis is not preferred. Latest I am reading is passing back and forth between people and mink might be the source of the pandemic. I think the hypothesis is based on it being the only animal species that we know has passed the virus to humans. We know humans can give it to cats (and mink), but there isnt evidence of cats giving it to humans. There isnt evidence of bats giving it to people. Doesnt mean it doesnt happen, theres just no evidence (yet?)

But that doesnt help with how it was on Europe before Wuhan got hit. Maybe it was/is everywhere, but one one of those species jumps it mutated to be the contagious pandemic form?

If this was a totally novel virus originating in Wuhan, the why does about 10% of unexposed population have antibodies to it? Seems that is a clue to point to it having been a common coronavirus that jumped species and eventually mutated to something more serious?
Last edited: Nov 22, 2020

Unfortunately, we were right. 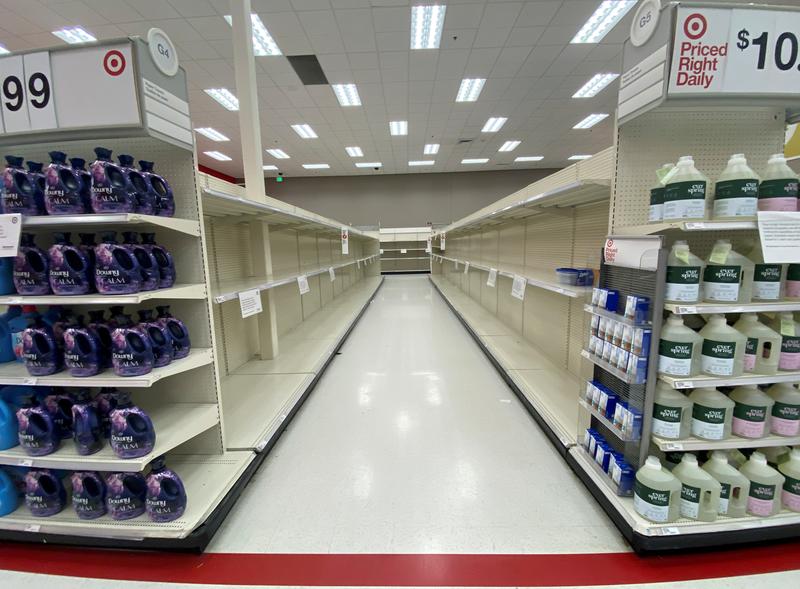 Toilet paper aisles are emptying again as COVID-19 curfews and shutdowns in states from California to New York send pandemic-weary shoppers on a new scramble for essentials.

I'm speechless that, after the first wave, people didnt maintain their preparedness. Its not like the second wave was a surprise! I havent run out of the toilet paper I bought in 2019. How do people still need more toilet paper?