After over a month in half We Got rain

. 1st water canister is full next is 2nd one the hot tub..

Reneefolsom said:
After over a month in half We Got rain

. 1st water canister is full next is 2nd one the hot tub..
Click to expand...

Yay! so nice when it comes along at last. i love the smell when it rains. i love the sounds. i love watching water flowing and puddles with raindrops. i also love playing in mud puddles and making little rivers for the water to drain out of the puddles. i was told by a neighbor to leave his road alone because i kept going there and making sure all the puddles would drain properly. that was a long time ago... now i've learned the other direction of things, how to layer water works and holding back water so it will soak in and capture as much rain as possible, plus also making sure to know the geology of the area so i'm not setting up trouble (like a landslide) if i soak in too much water... but yeah, i'd still like a tiny stream on the side of a mountain that i could sculpt rocks and falls and pools and have little water wheels and hydropower and a moss table and places for turtles, frogs and toads, and fish and ...

flowerbug said:
told by a neighbor to leave his road alone because i kept going there and making sure all the puddles would drain properly.
Click to expand...

Crazy of him to ask you to stop...

You want those puddles to drain off... so the road stays firm.

Alaskan said:
Crazy of him to ask you to stop...

You want those puddles to drain off... so the road stays firm.
Click to expand...

it was a farm road and he didn't want to do anything to it at all and didn't like the trenches it was making along the side. what it really needed was to be regraded and the edge reshaped to make it all drain right, but that would have taken some time that he didn't want to spend. i was just having fun playing in the water and mud.
C

frustratedearthmother said:
Heard on a weather forecast this morning that it'll take 17 inches of rain to get us out of this drought...
Click to expand... 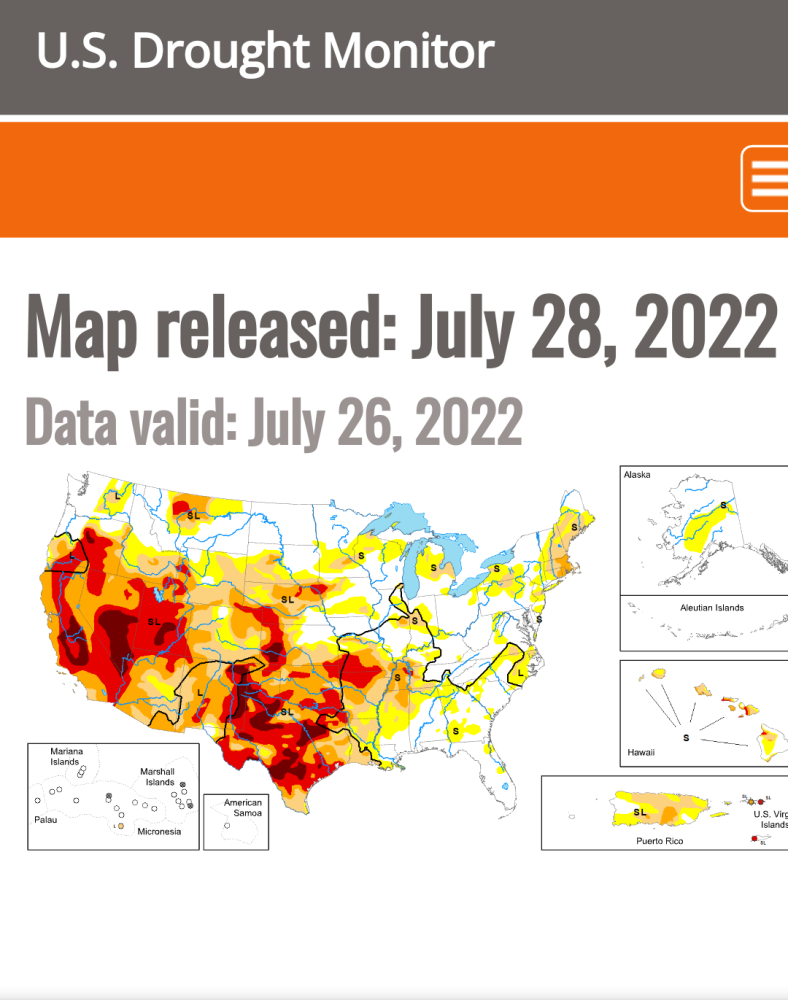 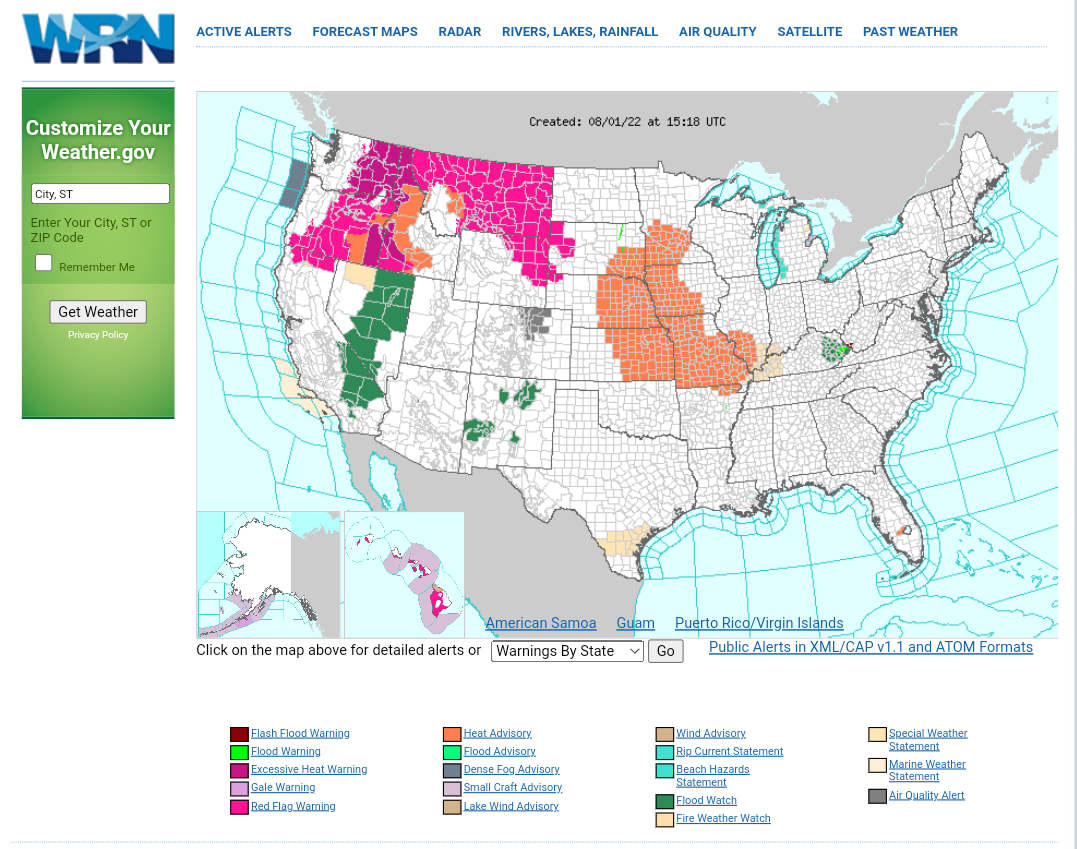 We are under heat warning #7 so far this year. 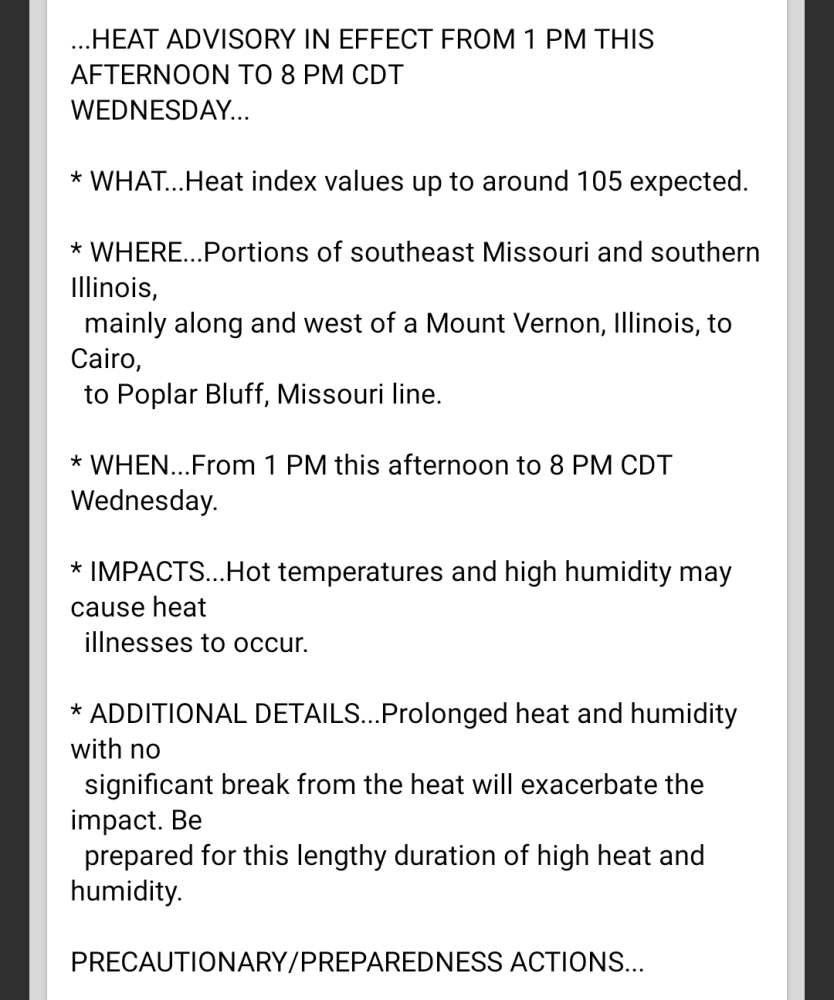 We are back to rain.

We are feeling hot

We have been having some rain... mostly spotty pop up type that will open up and downpour for 5-20 minutes... a mile down the road there might be 10 drops and a mile in the other direction there is nothing. Really really weird.
Had a down pour at the one pasture I have been doing some bush hogging at... my son was doing around some sink holes so I can finish up the rest... and he said it poured down. He brought the other tractor and discbine back to the "home farm" and nothing there. He mowed some of the johnson grass infested wheat since they will not combine it. Going to bale it and wrap it to make "baleage" for cattle feed. Better than losing all the value of it. They are so behind on getting the wheat combined and we are done waiting since the delay has cost us dearly in the increased johnson grass invasion. We will salvage what we can in baleage for feed, lost income from the wheat grain sale, and the straw that was spoken for... but some increased feed for the cattle.
We have had about 6 inches here at my house for the month of July... twice what is normal for us... Corn is doing fantastic, pastures lush, 2nd cutting hay coming back quickly after cutting. We are very lucky for those benefits from the rain.
C

Last night to the east, north east and south east of me there must have been some strong thunderstorms. The storms were far enough away to see the light show, but not hear any thunder. The lightning was as so frequent it almost seemed consistent. I suspect the storms were over south west Indiana, western centeral Kentucky and western centeral Tennessee, maybe even down into Alabama? I hope everyone is OK?