What did you do in your garden today?

put up a bit of fence to maybe cut down on deer traffic. not really anything permanent, but it's what i had.

watered, weeded a wee bit, hunted a wabbit, buried wabbit, two other wabbits were out there, didn't get a good shot at either of them, but at least they were chased off to know this isn't a place for them to hang out.

I'm beginning to think I may have fallen and bumped my head for agreeing to plant a 50 row of zucchini. Do you realize how much zucchini potential there is in a 50 foot row? 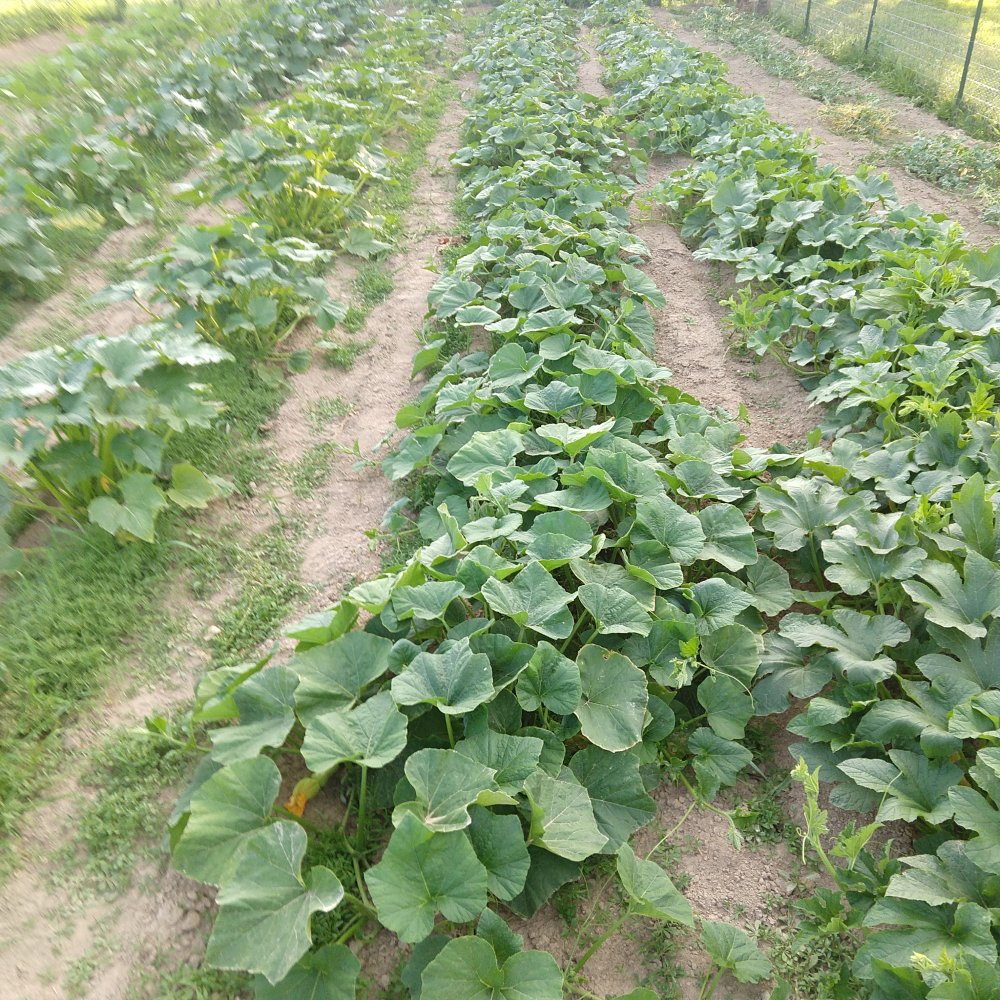 I weeded a potato row, tilled in-between rows, set up my sprinklers watered 1/2 garden. Then I saw this a baby acorn squash. I looked over my shoulder at the garden and said yep little baby acorn squash you just made my day,

I really like to eat acorn squash. Look, ain't it just the cutest. 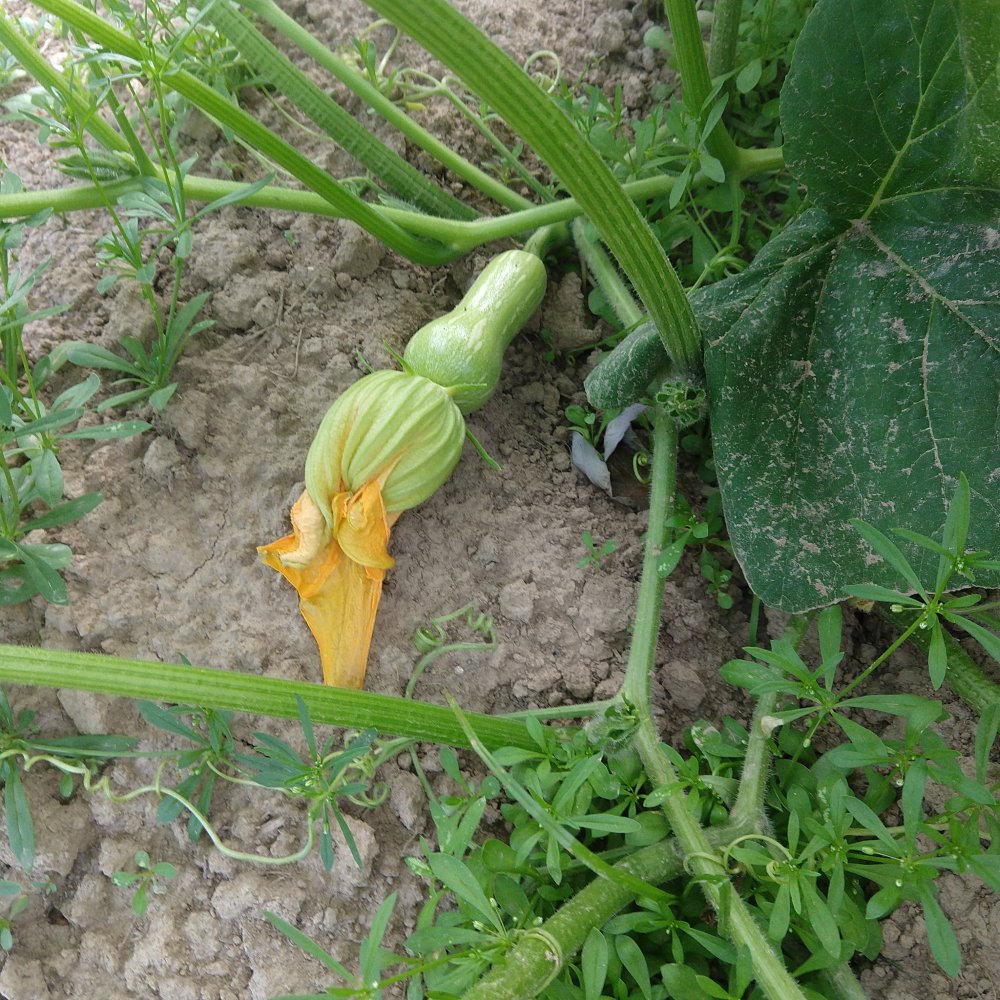 I can plant now. Which means tilling yet again. Should be good weather now. The lowest spots should be drained enough by tomorrow

I got part done and will finish tomorrow. Hopefully my tomato seedlings can get in this weekend.

Maybe I can convince hubby to help me with some straw out there too.

Hinotori said:
I can plant now. Which means tilling yet again. Should be good weather now. The lowest spots should be drained enough by tomorrow

I got part done and will finish tomorrow. Hopefully my tomato seedlings can get in this weekend.

Maybe I can convince hubby to help me with some straw out there too.
Click to expand...

I hand weeded..turned some soil with tater fork. Cut Kale, turnip greens, lettuce and some swiss chard. Picked Black Raspberries and mulberries. Transplanted 3 small spireas. Transplanted 4 raspberries from edge of oats to a new spots & cut back a few others. Pruned some broken branches out of cherry trees. Pulled a few sun flowers..weeded one asparagus patch...

Hinotori said:
You dont know just how jealous I am of all the gardens on here
Click to expand...

same here, especially ones that don't have so many other things in the way.

I got a few onions that bulb triggered, keeping them in water is proving to be challenging. But they were just a little black seed this winter when I sowed them in seed trays. So I'm not about to give up the battle. Homemade nitrogen fertilizer worked great

Just a bit of old school gardening I learned long ago, from someone a lot smarter than I am. For plants that need a lot of nitrogen to grow big and strong, like cabbages and onions for example. When weeding don't pull the clover. Clover is a natural nirogen fixation plant. Meaning it produces nitrogen from the air and fixates it in it's roots. Onions are also shallow rooted so as both grow together, clover helps supply some nitrogen to the onion via the onions roots. It's kind of like companion planting but wild instead of purposely placed. Clover doesn't compete very much at all with sunlight or moisture. It's happy with just a little bit of water and being in semi shade. So it's like a win/win 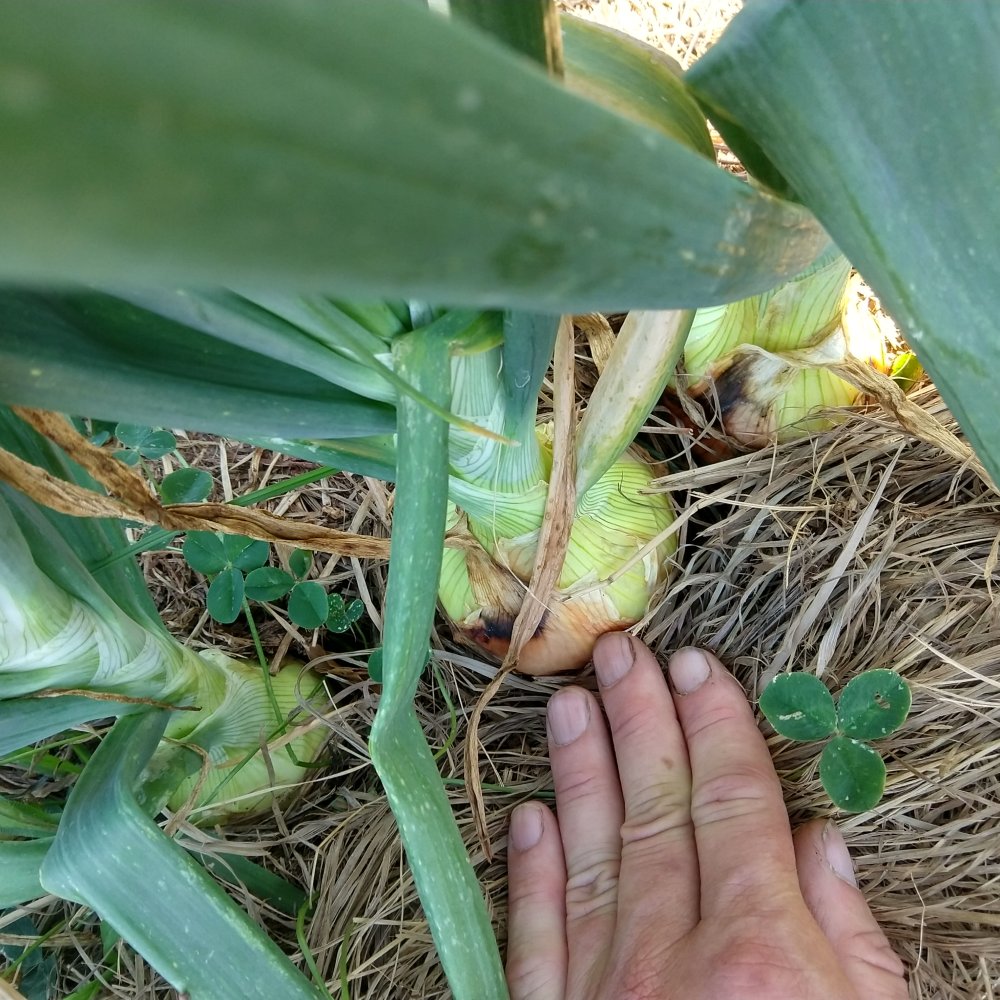 Morning lovelies! Watered everything and the chickens. Up at 4am and as soon as a bit of sun was out, went to do my chores. Nice, I can now go back to sleep the rest of the morning, lol
No signs of anything yet, garden wise,