What an amazing feast!!

She's such a sweet little cat and a gentle, laid back sort of mama...then THIS. She's a bad mamma jamma, ain't she? I knew she and Flash had been feasting on baby rabbits but I hadn't seen her bring in a big one before, so I was very impressed with her myself...sort of the equivalent of a lioness bringing in an antelope to the cubs.

The kittens are getting less spooked around us, though still not making friends with the humans any time soon. 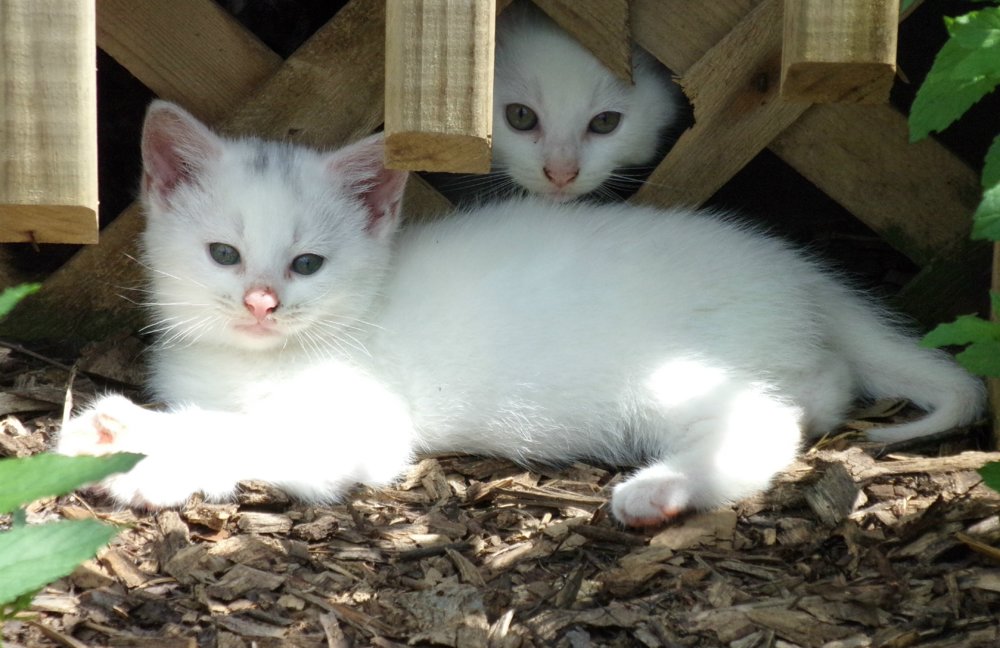 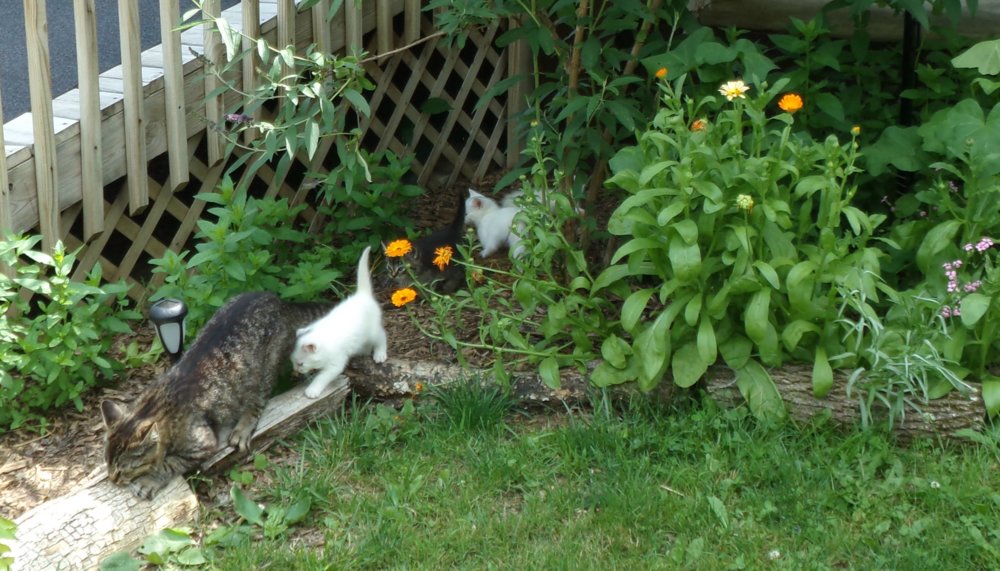 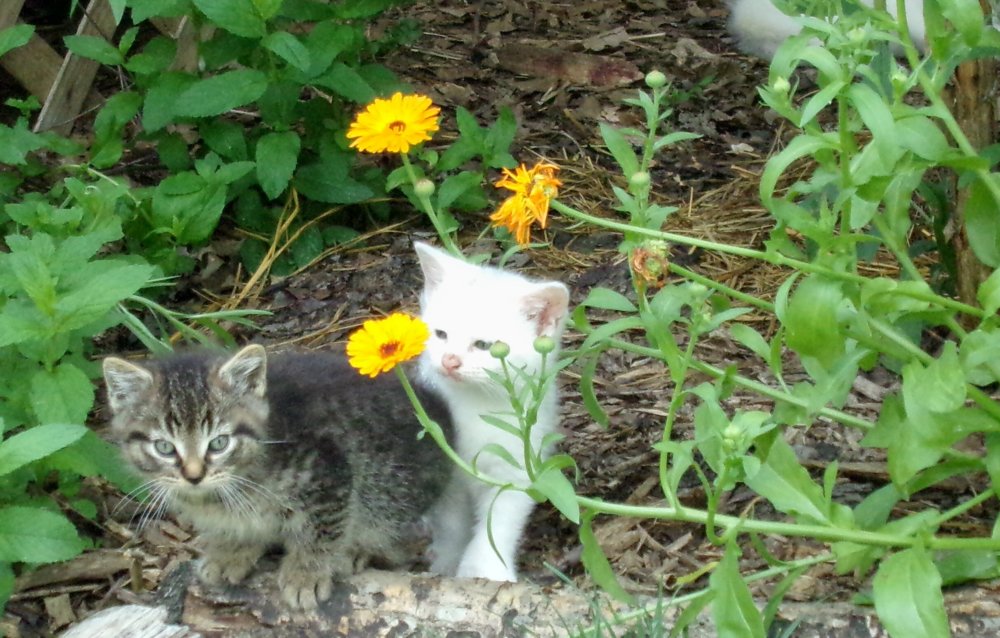 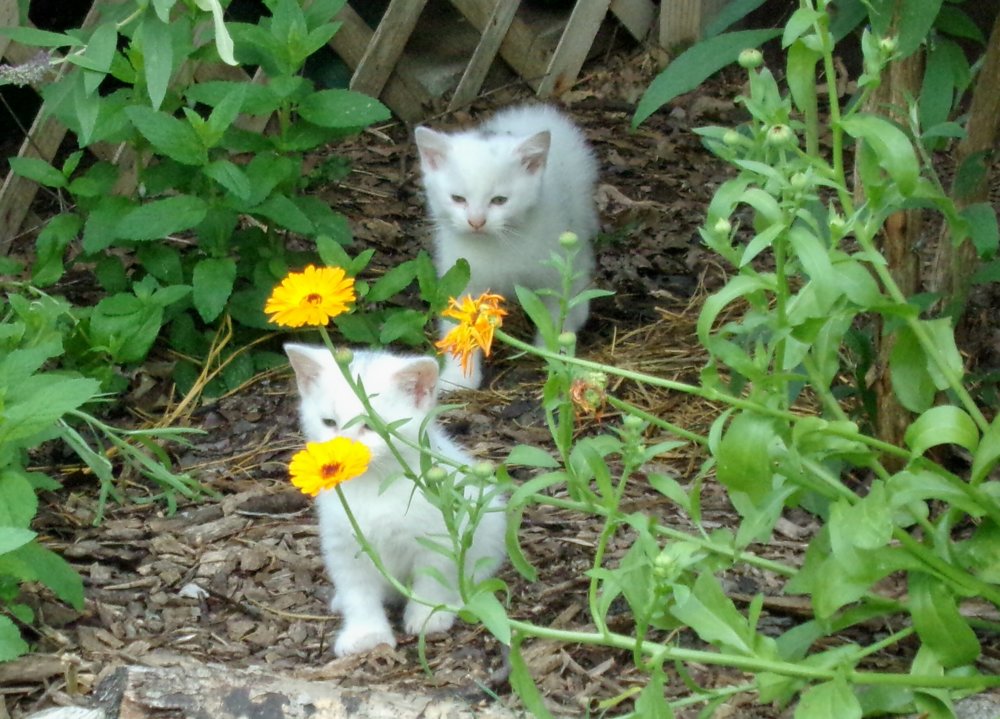 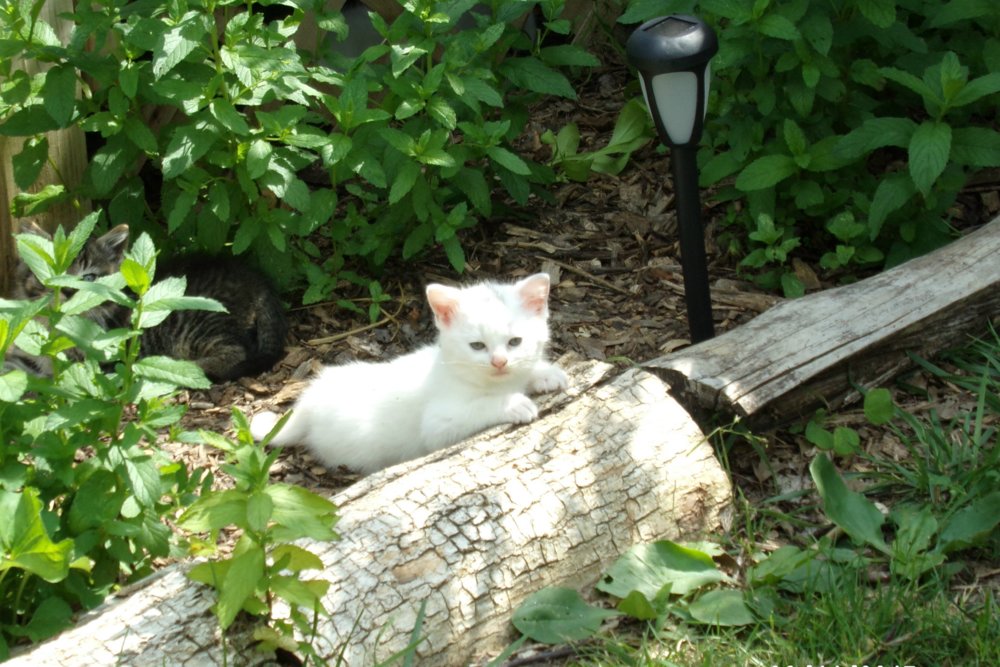 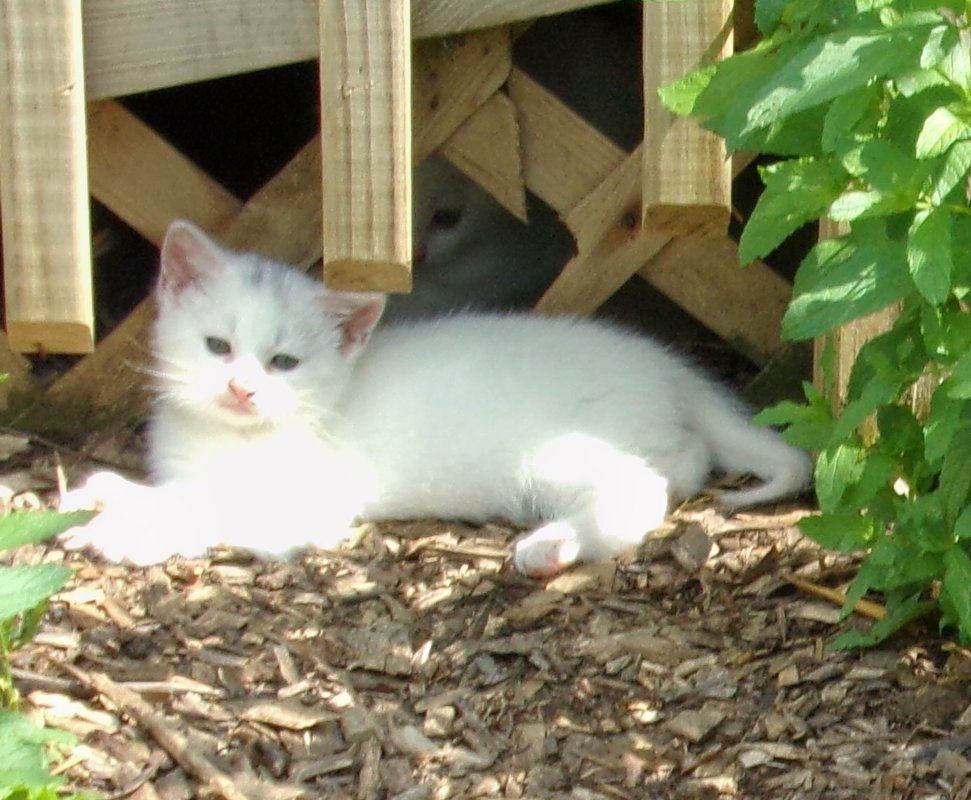 We are down to Flash, Molly and her last kit, Shamus, a little tabby male. All others have been given away or disappeared , never to be seen again.

I hope Shamus lives to grow up and make us a great hunter. We'll be spaying Molly next month if possible.

They are so pretty! Sorry to hear about the disappeared ones, I hope they're o.k. Wherever they went to.

sumi said:
They are so pretty! Sorry to hear about the disappeared ones, I hope they're o.k. Wherever they went to.
Click to expand...

They were too little to go much of anywhere on their own, so it's most likely they were turned into food. That's the natural way of the world here in the woods and so I don't fret over them. God has His hands on all His creation and sees the sparrow when it falls....but it still does fall. If He is content with that, then so am I.

That's a good way to think about things

Gave Flash his spring flea and tick shampoo today...it went pretty well. He didn't get mad at me...loved on me later on when I was out in the yard. He's a big mama's boy, is Flash.

Gave both cats a good ear cleaning and mite treatment...been noticing them digging at their ears. Had to have my son hold Molly down for this...no way I could handle her by myself. No way I was going to bathe her either..she'd remove my eyeballs. She doesn't seem to ever have ticks on her like Flash...maybe because he's white and she's not, but he seems to attract ticks like crazy. Several deer ticks dropped off while I was bathing him.

Last year I did the same for him and later I'd see a small tick on him, reach to pull it off and it would just drop off in my hand...apparently, after the medicated shampoo, the ticks would still bite, but it killed them once they started ingesting his blood. Pretty cool. Pretty soon I'd not see any ticks on him at all.