Thank you, I love me some pictures lol! They truly are worth their weight in gold. And the only reason Dixie was allowed to stay. She is, oddly enough, more like a dog than anything though.

We have, erm, a few cats here. They are all rescues of their own demise. I'll start with my most recent and her miracle litter. 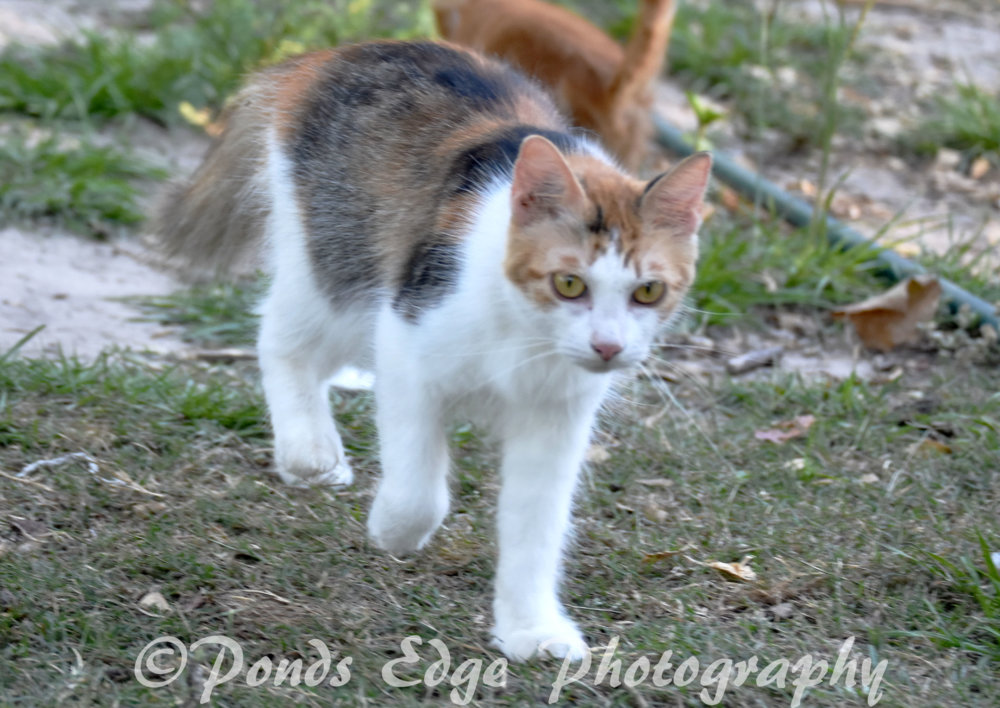 This is P.C. Stands for Pretty Cat. She's a rescue of high proportions. She was dumped on the back porch of my store where she almost starved to death. After two months I finally cornered her and caught her. One of my regulars said he would be in to get her, so I left her in a crate in the breakroom when I went home for the day. When I showed up the next morning she was still there and covered in her own fecal matter. Poor baby. Took her to the vet and took her her home. She was a little over a pound and skin and bones, the vet didn't think she would live. Two months later she blessed us with a litter of four surprise kittens! We kept three, not on purpose. Just cant find adopters and at this point they belong here. 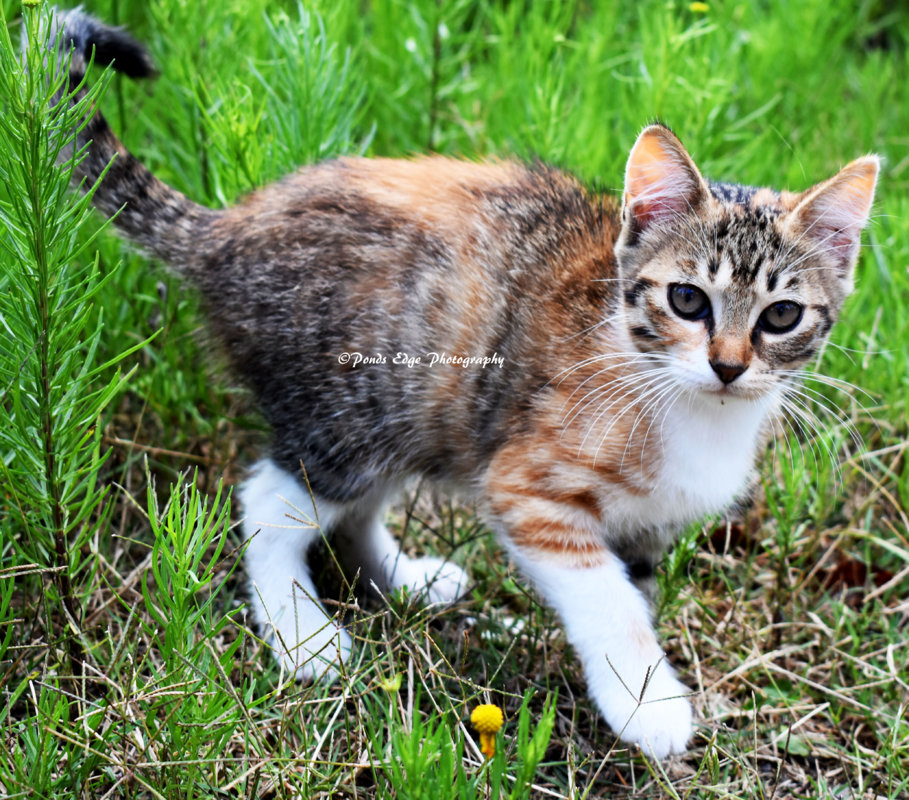 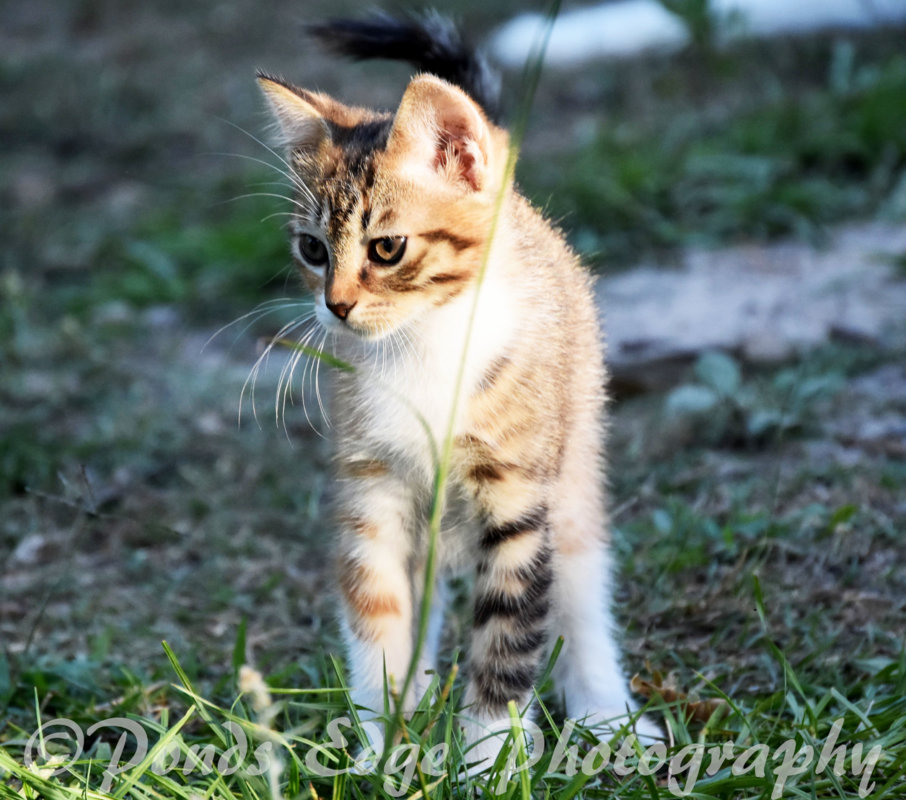 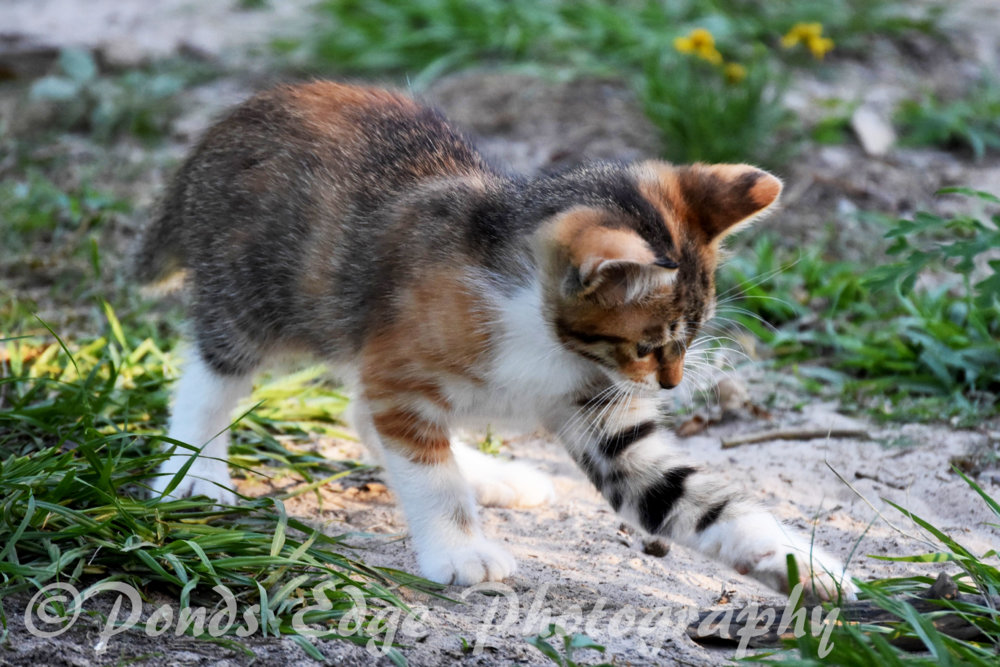 This is her daughter Callie aka " The wild one". Callie is a half and half calico who has spots, stripes, and blotches. She's a MIX of all colors and gorgeous. She's half orange and half grey tabby on one side, on her back she's got the jaguar spots, and her belly and back legs are white. Her eyes are two different shades of green. LOVE her!

Her other daughter, Other Callie. Or "The fluffy one". I didn't give them real names.... never planned on keeping them. I'll have to dig up a picture of her, she was only like 6 weeks old here. She's long haired like her mama. Shes not easy to get pictures of, she's always running around hunting stuff. 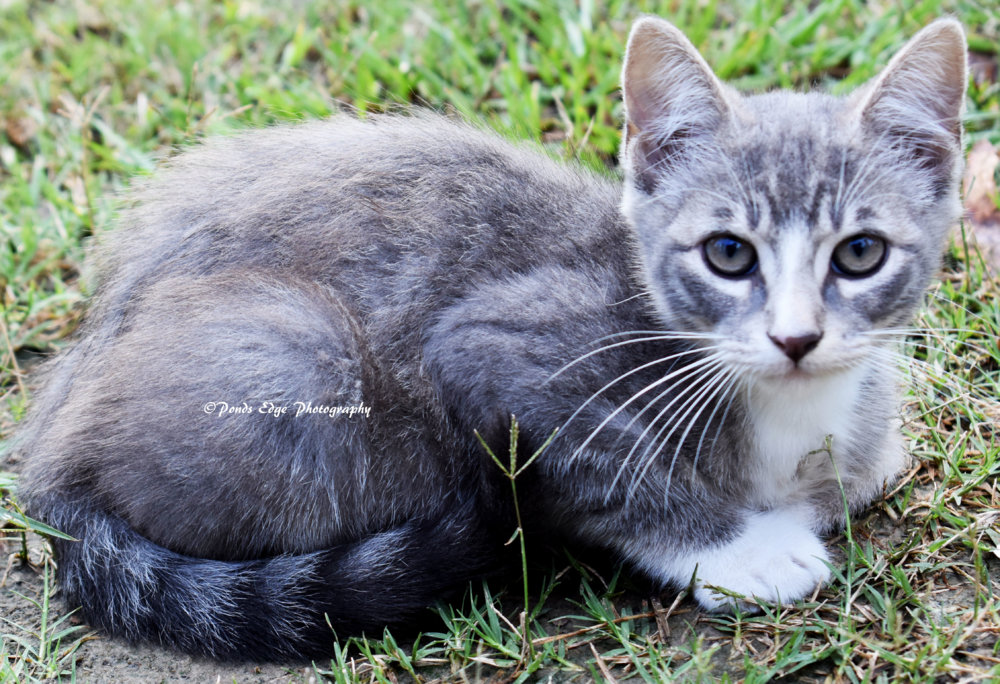 Then there's the grey tabby male, Odie. I need a current picture of him as well.

This is Gator. She's my oldest. She's going on 6 I believe... Gator has no tail, best guess was she was born without one. She came to me as a 4 week old kitten when the maintenance man pulled her out of my wall in my old apartment in college. She'd been back there several days and was so tiny and hungry! She weighs in at 4lbs and is the smallest cat I've ever owned. Greatest mouser and birder though. Gator likes bringing me LIVE animals... once she brought me a flying squirrel. Took me 2 days to get it out of the house!!

Simon! Simon was born here, her mother Frankie died in a freak accident when she was a few days old. She was the only one to survive the litter and a bottle baby. As you can see, she's a HAM! Simon is the cat that wasn't supposed to live. 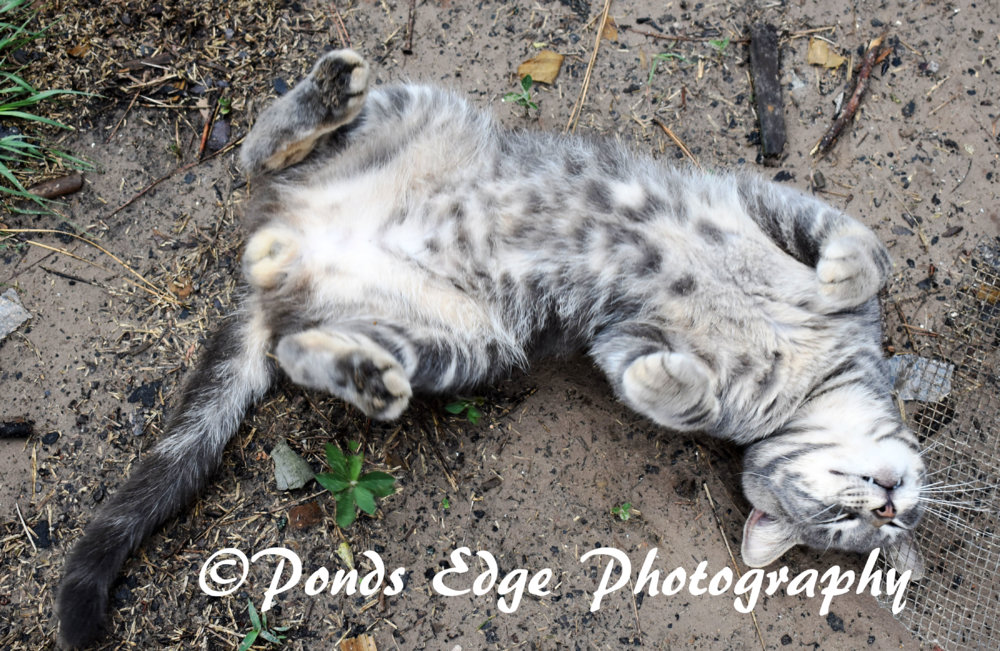 Finally, we have the Tom Cat. He patrols the property and gets in fights with all foreign cats that don't belong. He doesn't hunt much, mostly just causes trouble and begs for milk on the milk stand but he's a good cat.

I could post about all the cats we've had over the years here on the farm, as many of you know in the country cats come and go, but I wont.

All of these cats actively hunt and keep the mouse/rat/snake population to almost non-existent. Although occasionally I find one on my doorstep or in my house that they've left as a present...

Such pretty kitties! I'm not really a 'cat person' but I do miss having a barn cat. We had cats for years but when the last one died at a ripe old age we just never got another one.

Miss Molly finally brought her kits out in the big world! Two of the white ones have already been claimed, one wanted a white female if available. I didn't figure I'd have any trouble placing white kittens...everyone wants a white kitten, it seems. The little tabby is a male and I want to keep him, possibly neuter him or his father either one so they won't be prone to fighting one another. 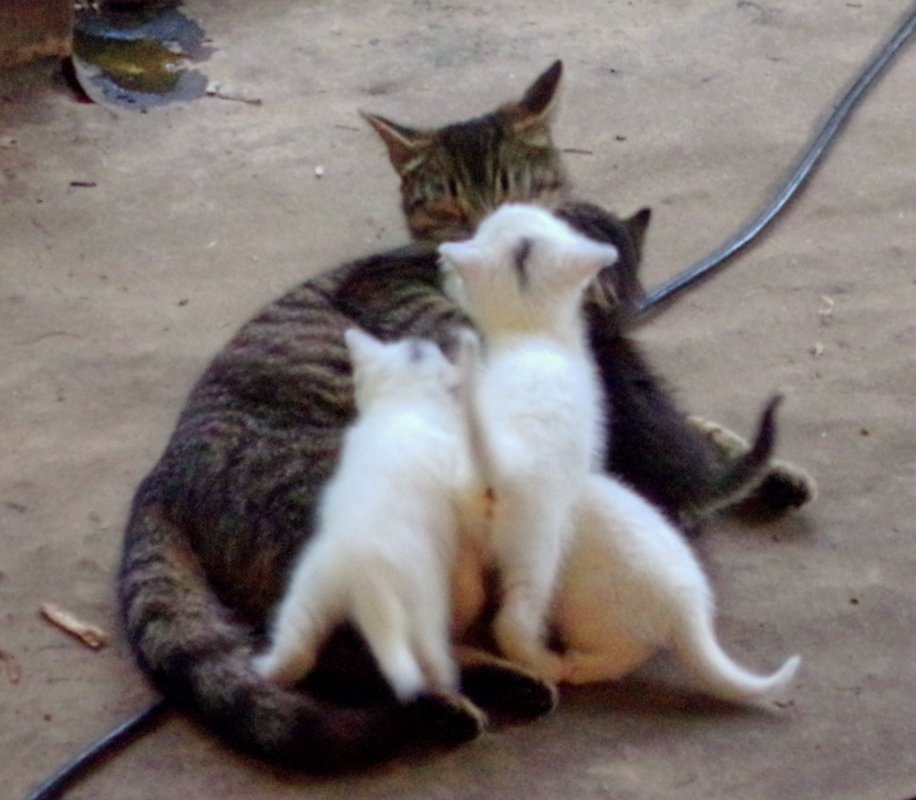 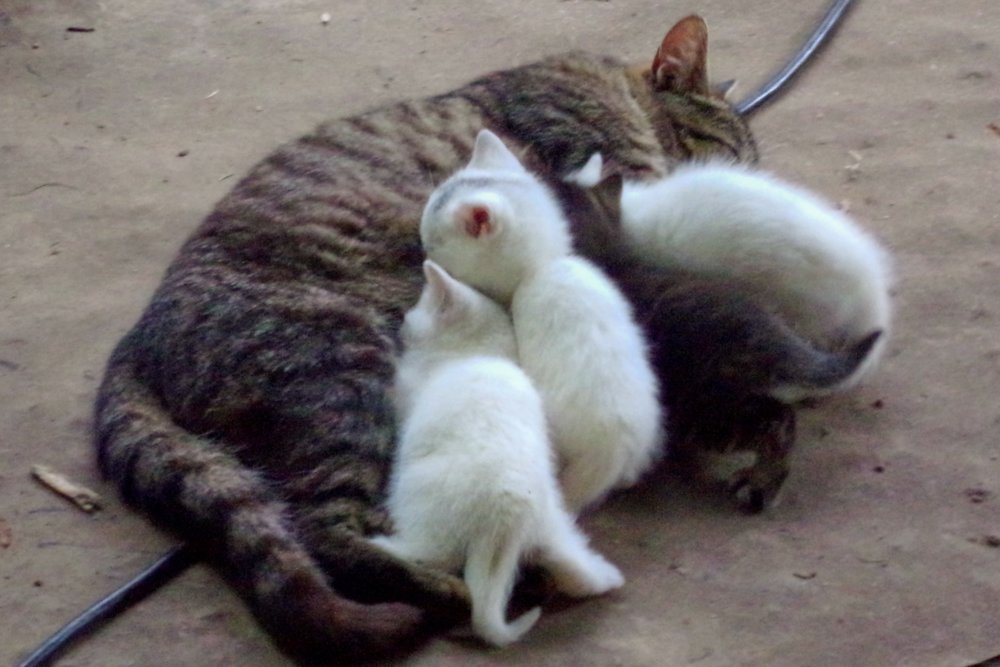 White cats are gorgeous but they're easy to spot in the barns and around here... that means easy coyote bait.

What is mom doing on the computer? Me wants attention! 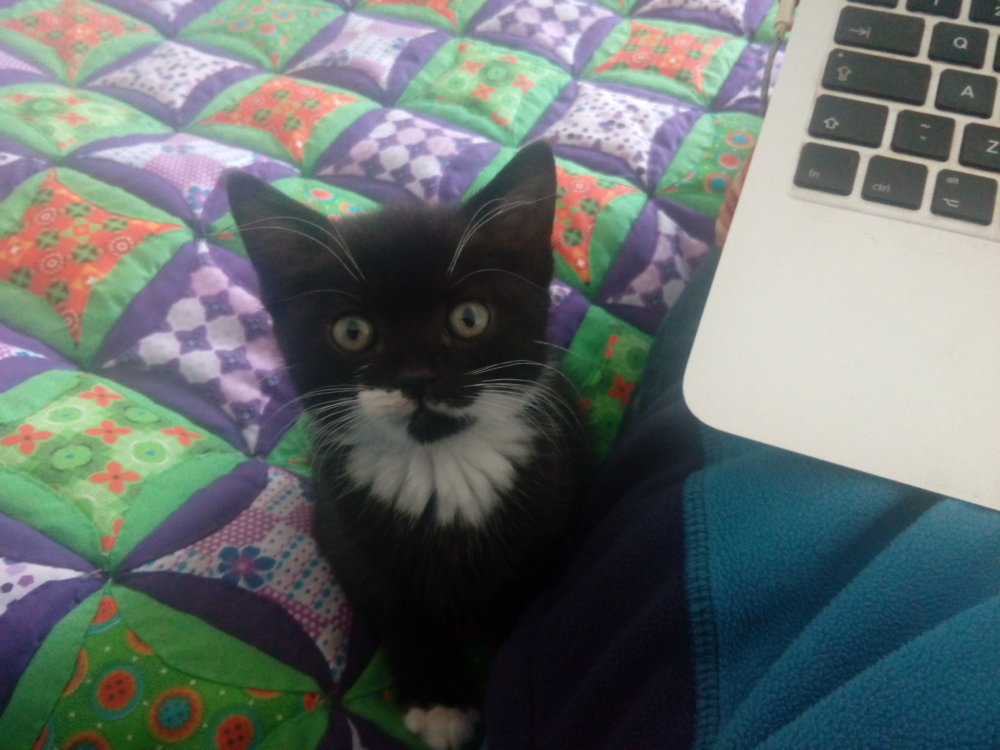 I think she's preparing to wean them...what do you think? 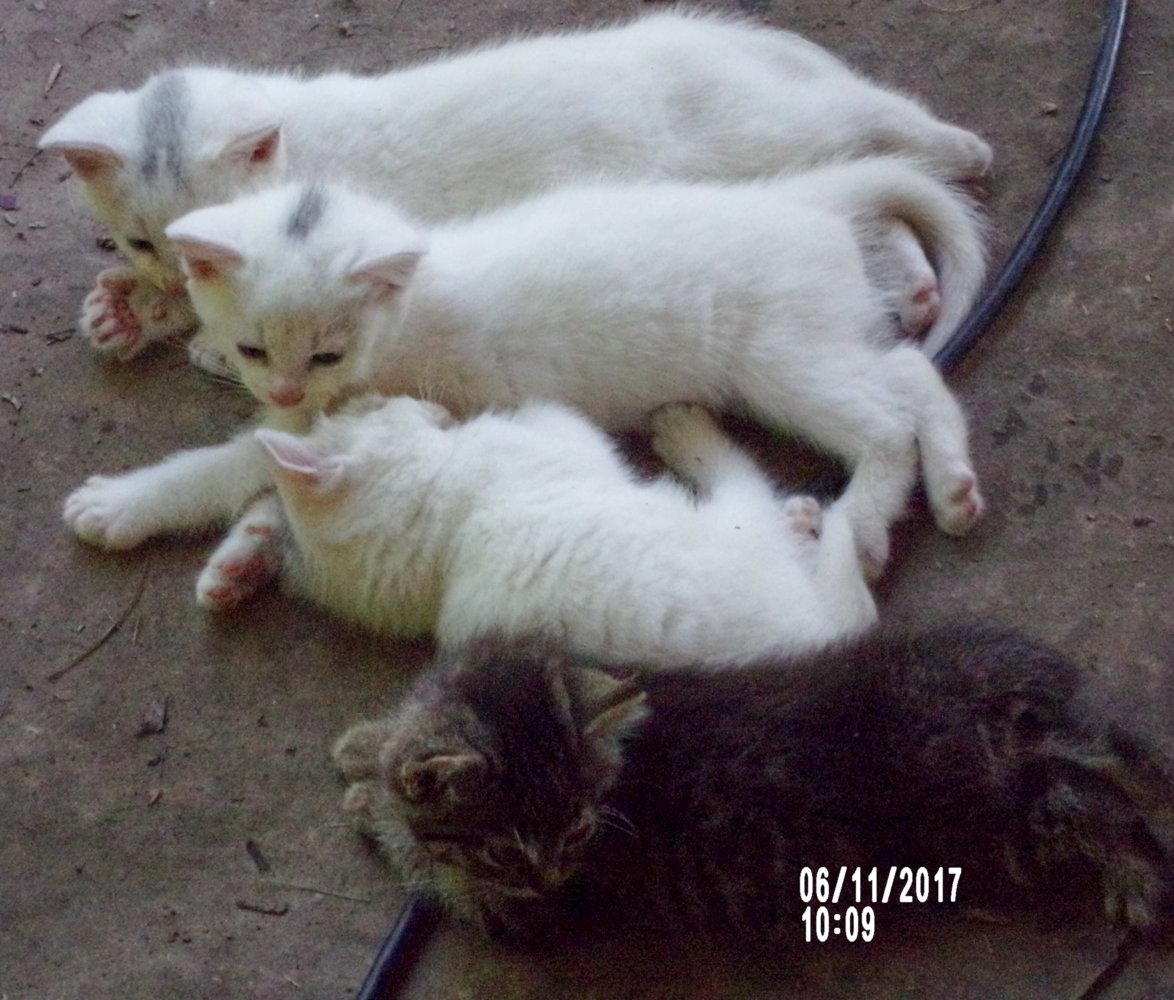 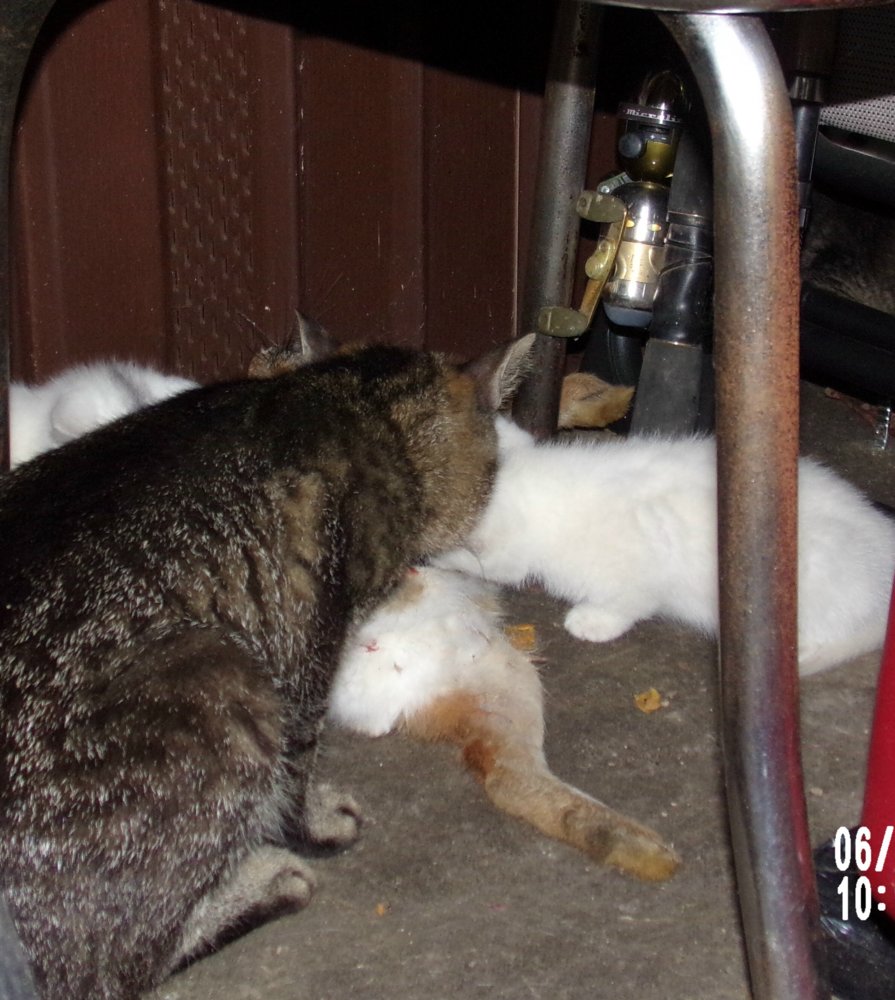 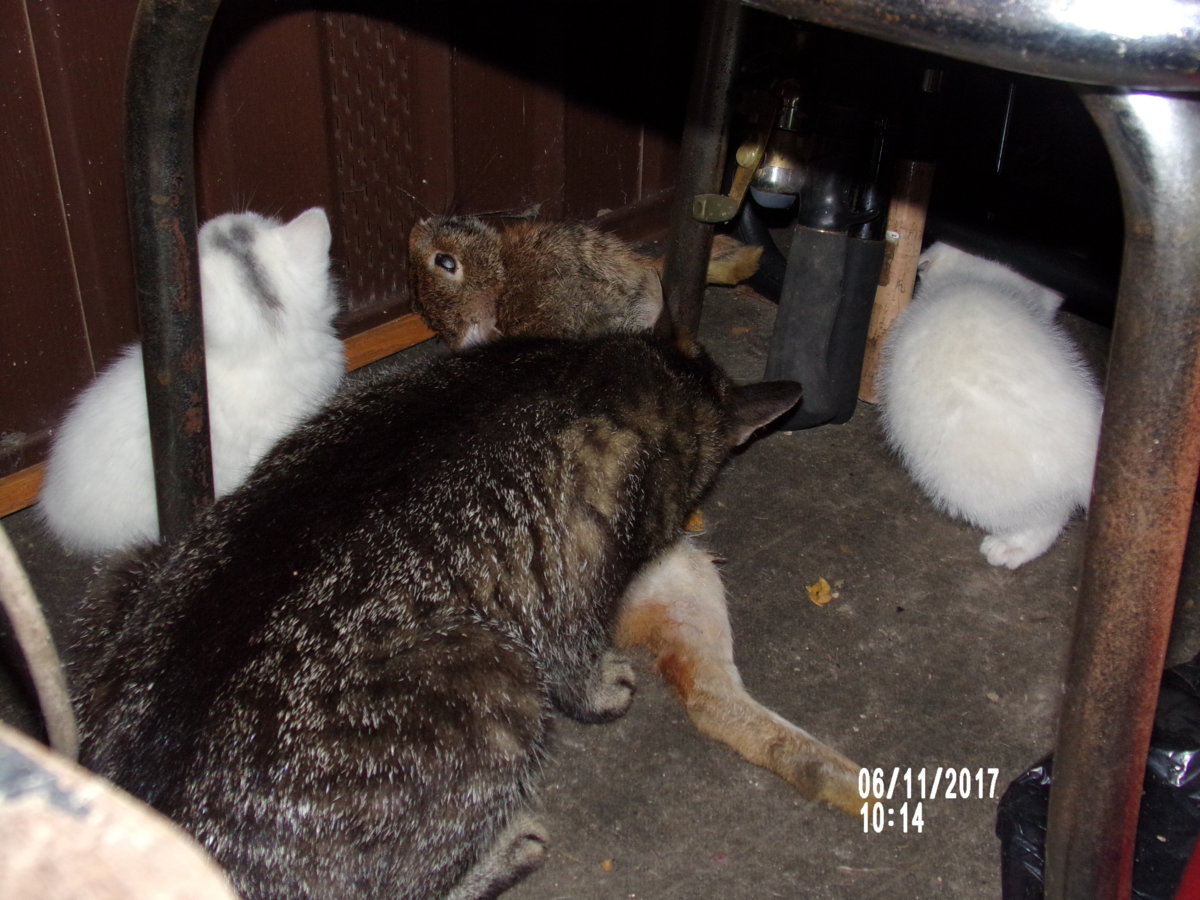 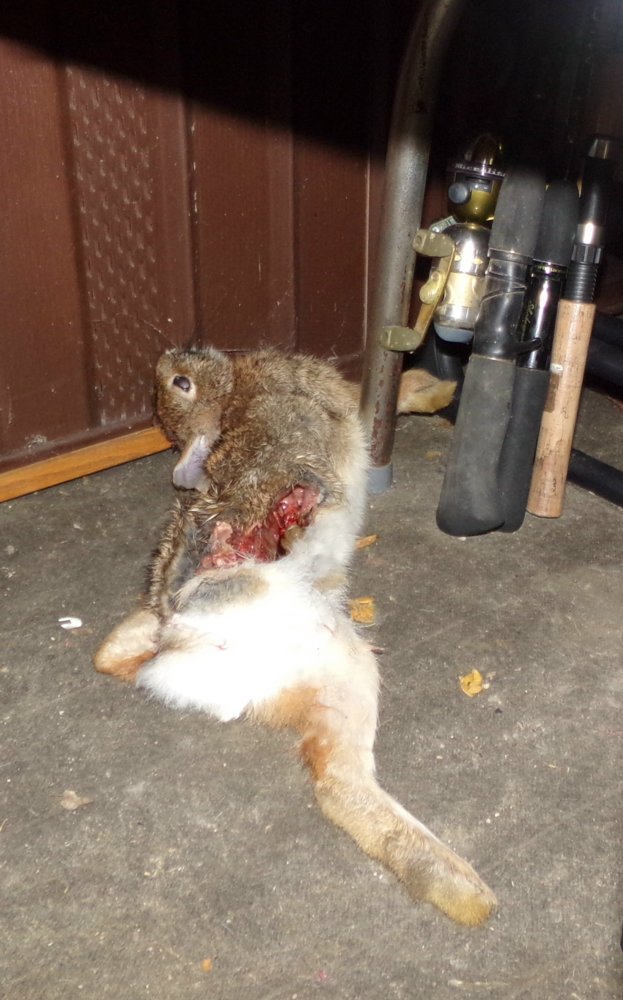 I was wondering when she would start bringing them mice and such, but she brought a whole buffet!

Geeze louise! Did that cat kill that rabbit? Wow!
N